Democratic presidential nominee Joe Biden said he would follow public health advisers’ advice if they called for a national shutdown should he take office and the coronavirus had not abated.

“I would be prepared to do whatever it takes to save lives. We cannot get the country moving until we control the virus,” Mr Biden said in an interview broadcast on ABC News.

Asked specifically whether he would push a national shutdown if scientists said it was necessary, Mr Biden replied: “I would shut it down.”

The former vice president has previously called for the nation’s governors to impose mask mandates in their states, effectively a national mask mandate.

But when he made that call, Mr Biden avoided saying he would attempt to use a nationally applicable executive order himself.

The pair accepted their party’s nominations during a virtual convention last week.

On Monday, Republicans begin their convention to nominate President Donald Trump and Vice President Mike Pence for a second term.

Mr Biden and Ms Harris, once primary rivals who sparred on the debate stage, sought to project a united front on policy issues from race to health care.

Ms Harris, the first black woman to join a major-party presidential ticket, vouched for Mr Biden, a 77-year-old white man, when asked whether she has privately addressed some of his missteps when discussing race.

He declared in May that any black American having trouble deciding who to support “ain’t black,” a comment he walked back the same day and said again on Sunday he regretted.

She added that Mr Biden “actually knows how to say the words ‘Black Lives Matter,’” contrary to Mr Trump, who “will never speak those words”.

Ms Harris noted enduring racial wealth gaps in the US and the disproportionate effects of Covid-19 on black and Hispanic communities.

Mr Biden said, looking back, he understands how Ms Harris, who was among the minority students bused in the 1970s, would criticise him so harshly.

But he said she and others may not have known his full record on civil rights.

But he said they “have the same value set” and are “on same exact page about what the possibilities are right now.”

Pressed about her record as a prosecutor, Ms Harris tacitly acknowledged that some critics see her as part of the same criminal justice system she and Mr Biden want to overhaul amid ongoing protests over the killings of black Americans by police.

Mr Biden repeated that, contrary to Mr Trump’s assertion, they do not support defunding police departments around the country.

Mr Biden also laughed when asked about Mr Trump’s recent statement that the only way he would lose was if the election were rigged, and the Democratic challenger dismissed any notions that Mr Trump would not leave the White House voluntarily if he loses.

“The American people will not let that happen,” he said.

“No one’s going to allow that to happen.” 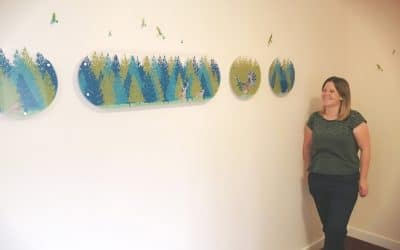