LISTEN: Frank Philip explains how the HALO Trust works to protect people from explosives in Iraq

A man in Kinloch Rannoch has spent this past, and last, year destroying more than 1,000 bombs in Iraq as part of an international effort to save lives.

Frank Phillip manages the HALO Trust in Iraq, with funding from Britain’s Foreign, Commonwealth and Development Office, in a battle to eradicate explosives in the country’s towns and cities.

Mr Philip said: “We have to work very closely with the Iraqi security forces and the EOD units, Explosive Ordinance Demolition units, we clear the explosive remnants of war and we liaise with them and they come along, collect them, and conducts demolitions.

“Very often, we’re working away and off in the distance large explosions are taking places as the Iraqi army carries out that function.”

Explosives come in all shapes and functions, explained Mr Philip, in some cases they are handheld explosives such as mortar rounds and in others they are what’s known as an IED.

An IED can then come in any representation since they are ‘improvised explosive devices’ which are cobbled together with the intension of killing or wounding their victim.

In too many cases, children are often the victim of these devices as Mr Philip made clear: “Oh they are, sadly, and it’s not so much the, these days, the IED’s that I’ve been describing.

“A lot of those, they deteriorate, the explosive components are still very much a part of it.

“It’s the unexploded ordinance, which is lying around everywhere, probably the biggest killers would be 16mm mortars and 14mm grenades fired from rifles.”

However, the effort to destroy more than 1,000 explosives over two years has been very successful.

Because of the number of children who are hurt and killed because of the devastating impact the explosives have, the HALO Trust run a programme to educate children about the dangers of these devices.

Since many of these mines and other explosives are ‘victim-operated’, it’s important for children to understand what they can do to stop themselves from detonating a device if they find one.

Mr Philip said: “The purpose of our mine risk educational explosive ordnance programme is to basically help them identify what it is that’s out there and of course they’re not playthings.

“Very sadly, we had five children, but outside our area of direct responsibility in Fallujah, about two years ago now. And that was a mortar.

“And kids were just playing with a mortar shell and banged it off the ground and five of them were killed.

“These accidents continue on sadly a weekly basis.”

Which just reinforces how vital the skill and dedication of Frank Phillips team are to clearing the area of deadly mines, keeping innocent people and children safe.

The UK, alongside its allies, such as the US, Belgium and New Zealand notably, remain committed to combating ridding the world of mines as part of the UN Mine Action Service. Which the UK Government is a key donor.

Mr Philip started his career in the army as an officer, now, armed with experience from across the world, he is dedicated to fighting this cause for Britain in Iraq.

Minister for the Middle East James Cleverly said: “Landmines are indiscriminate weapons of war that maim and kill innocent men, women and children. Their devastation lasts long after conflict has ended.

“HALO Trust is a Scottish charity that is a world leader in demining. I am proud that the UK Government is working with it to help rid Iraq of these deadly explosives.

“The UK is deeply committed to clearing landmines across the world, so no one has to live in fear of one wrong step.” 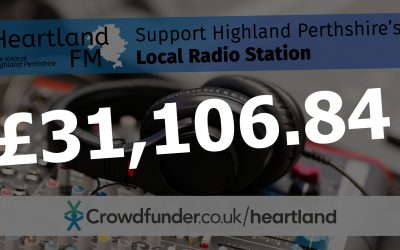