LISTEN: Ian Moyes and Clive Bridges discuss the work and awareness of the Rotary Club in eradicating Polio

This week marks Polio Awareness Week and Pitlochry’s Rotary Club joined Heartland Multimedia to discuss what’s being done about it and why it’s still an important issue to raise today.

Since 1985, the Rotary club has been fighting the disease and over the course of 35 years has depleted worldwide number of cases by 99.9%.

Clive Bridges, from Pitlochry’s Rotary Club, said: “We’ve managed to eradicate Polio in the whole of Africa, and I think there are 47 countries within Africa.

“So, I think we’ve only got two countries left now, which is Afghanistan and Pakistan.”

Although Mr Bridges describes the effort as ‘the final push’, he says there’s still a lot of work to be done before they can say we are finished with Polio.

He added: “But of course the push will have to go on for many, many, years because you can turn around and say ‘well we have eradicated it so far in Africa’, but we must carry on eradicating it for years, and years, to come.

As a founding member of Global Polio Eradication Initiative, the Rotary club has contributed $2.1 bn in the world wide effort to stop Polio all together.

However, there is a feeling that there is not enough recognition of the efforts by, not just the Rotary club, oraganisations who are helping the fight against Polio.

Ian Moyes said: “We always get a bit cheesed off with this, you’ll see things on the television about Polio being eradicated, and government sometimes get mentioned, Rotary rarely gets mentioned. But also, Bill Gates, the Bill and Melinda Gates foundation again hardly ever gets mentioned, and their contribution to Polio eradication across the world is absolutely colossal.” 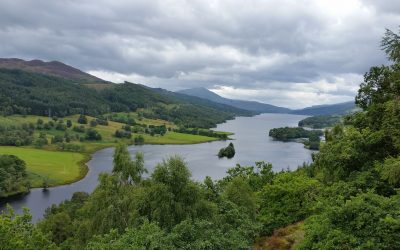 Coronavirus Restrictions have ‘all to play for’ says Green MSP