LISTEN: Barbra Renton reads out the winners and explains what the what the competition is about

Perth and Kinross Council have taken the opportunity for a competition between school pupils to name their new bin lorries.

Perth & Kinross Council’s Executive Director of Housing and Environment, Barbra Renton, said: “We first discussed this competition just before lockdown hit and it’s lovely to see pupils from schools across the council area taking part and providing some light relief to COVID-19.

“We received nearly 500 entry’s to this competition and we have chosen eight names that brought a smile to the judging panels faces.”

Perth, Blairgowrie and Creiff are going to be treated with the new creatively named lorries, which could cover an average of 16,000 miles in a year.

Winning pupils will receive an Amazon voucher, a mug with their own bin lorry on it and a farmed certificate.

PKC’s Head of Innovation, Charlene Guild, added: “We first discussed this competition just before lockdown hit and it is lovely to see pupils from schools across the Council area taking part and providing some light relief to Covid-19.

“The winning names are each featured on a sticker on the driver’s door of the new bin lorries, so they will raise a giggle each time the crews jump aboard.”

Perth and Kinross Council are expecting this to improve their service by cutting down on every day to day costs.

Barbra Renton added: “Each of Perth & Kinross Council’s bin lorries travel an average of 16,000 miles a year and are used for six years before being ‘retired’ and only used as spares when needed.

“These new lorries hopefully result in fewer breakdowns and are helping to reduce the servicing burden on PKC’s fleet as well as minimising the number of bin routes that were previously not being completed on the scheduled uplift days.”

Police Crackdown on Speeding as Part of National Campaign 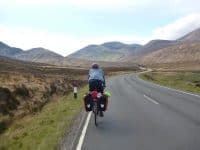 Beyond Level 0 Rules in Highland Perthshire

Police Appeal for Information After Fatal Road Crash at Birnam