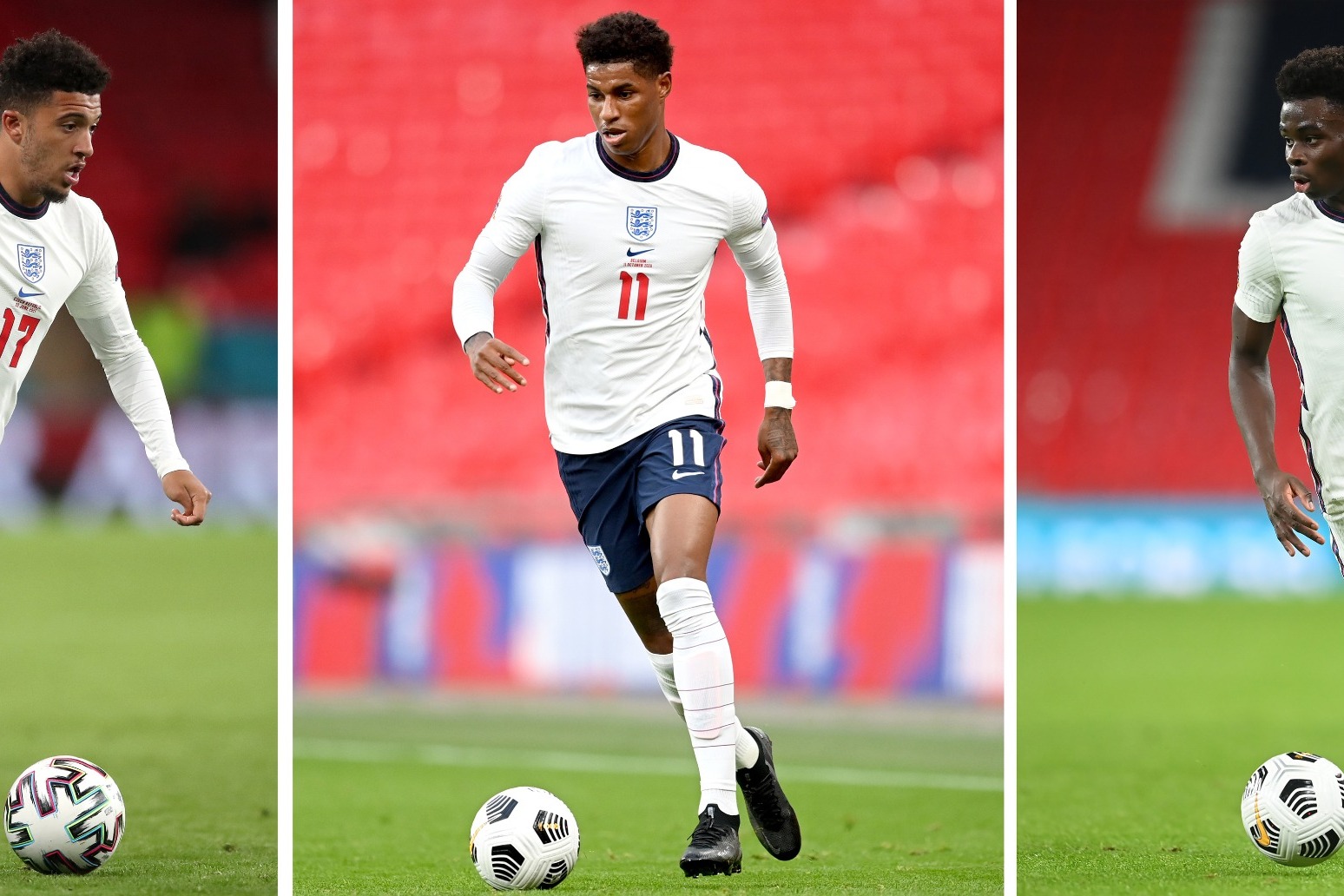 Police investigating the online racial abuse of England players following the Euro 2020 final against Italy have made 11 arrests so far.

Marcus Rashford, Jadon Sancho and Bukayo Saka were victims of abuse after they missed penalties in the shoot-out defeat at Wembley last month.

The UK Football Policing Unit said of the 207 posts on social media identified as criminal, 123 accounts belong to individuals outside the United Kingdom.

The details of those individuals and cases are in the process of being passed on to the relevant countries to act on them.

A total of 34 accounts have so far been identified as being in the UK, and 11 of these account holders have now been arrested.

Chief Constable Mark Roberts, National Police Chiefs’ Council Football Policing lead, said: “There are people out there who believe they can hide behind a social media profile and get away with posting such abhorrent comments.

“They need to think again – we have investigators proactively seeking out abusive comments in connection to the match and, if they meet a criminal threshold, those posting them will be arrested.

“Our investigation is continuing at pace and we are grateful for those who have taken time to report racist posts to us.

“The complexities of investigating social media abuse cannot be underestimated. A vast amount of work has gone in to identifying these 11 individuals. I would like to thank Facebook, Instagram and Twitter for responding to our requests promptly.

“In the meantime, we are seeking engagement with the players themselves to offer our support, and seek their input for our investigation and subsequent prosecutions in conjunction with the CPS.”

The FA said in a statement on Thursday morning: “We will not tolerate any form of discrimination and we hope these arrests act as a clear deterrent for perpetrators for online abuse who believe there will be no real-world consequences for their actions.

“The importance of reporting abusive posts should not be underestimated and we thank the individuals and organisations who have supported this investigation so far.

“We will continue to work with players, fans, our stakeholders across the game and the relevant authorities to ensure that the strongest possible action is taken against those found proven to have posted online discriminatory abuse.