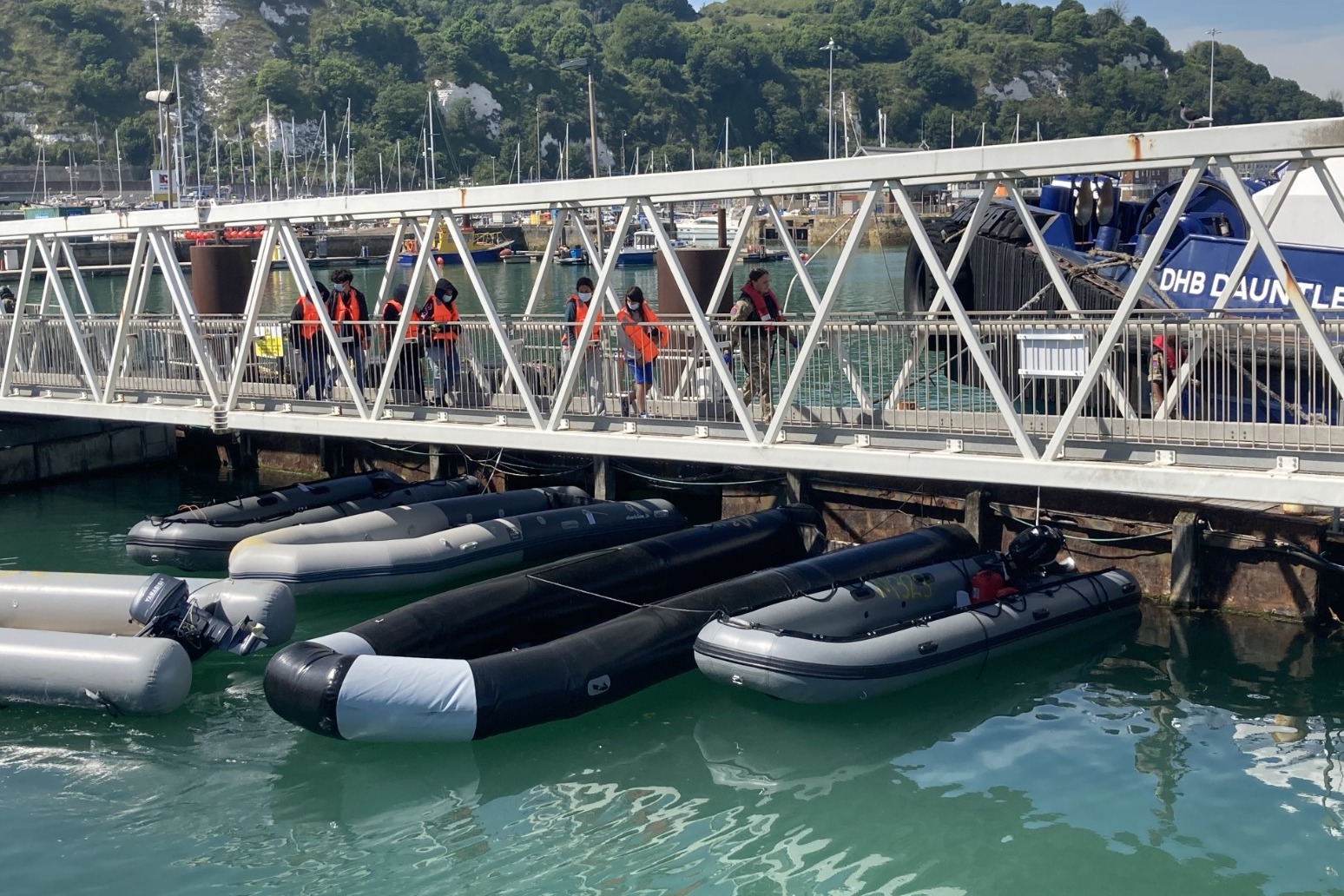 The number of people crossing the Channel to reach Britain this year has passed 11,000, figures reveal.

Analysis of Ministry of Defence data by the PA news agency shows 11,092 people have been brought to shore by Border Force or the RNLI after being rescued from small boats in the Channel, the world’s busiest shipping lane.

On Thursday, 146 people on four small boats were brought to Britain.

The daily number has been decreasing steadily throughout the week after a high of 444 on Tuesday. That was the highest number since 562 on April 14.

At least 48 people were brought ashore at Dover on Thursday, including women and children as well as adult men.

Warm weather and calm seas this week may have encouraged an increase in attempted crossings.

With 13 days of June left to go the number of people crossing the Channel is almost double this time last year.

PA analysis shows 341 boats have been used in Channel crossings so far this year, with an average of 32 people on board each one.