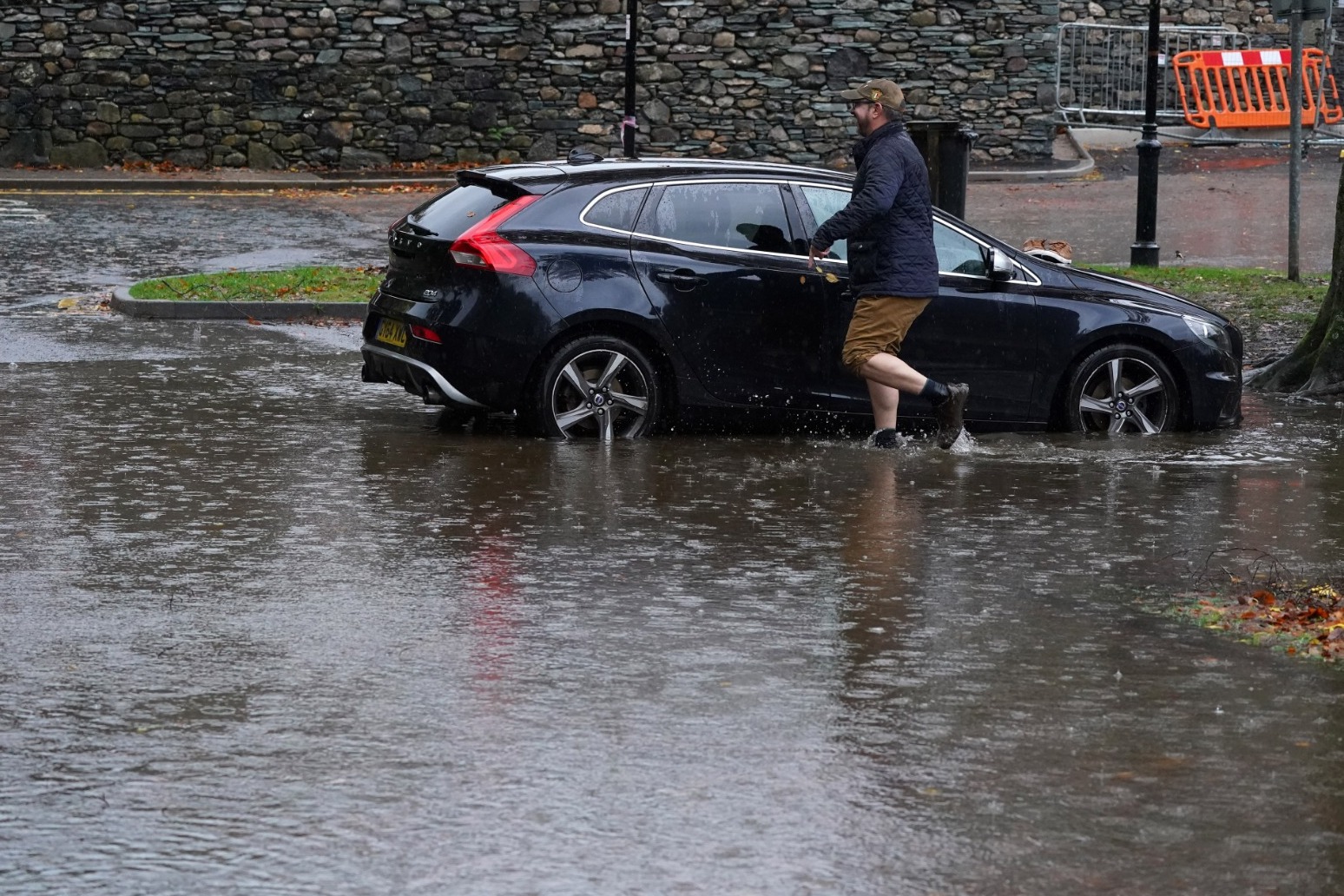 A dozen flood warnings are in place for Scotland after several days of heavy downpours.

The extreme rainfall has caused major damage, with two bridges spanning the River Annan being washed away and firefighters being called to a rescue operation in Whitesands, Dumfries.

The Met Office yellow weather warning is in place until 12pm on Saturday.

Another alert for heavy rainfall has been issued for most of Sunday until 6am on Monday.

The Scottish Environment Protection Agency (Sepa) has 12 flood warnings in place for areas in Dumfries and Galloway, Moray, Borders and Tayside.

Police in Dumfries and Galloway, which has been badly hit by the heavy downpours this week, have urged people not to park near the River Nith due to its rising level.

Officers said the river is due to flood the Whitesands area of the region on Saturday.

A spokesperson for the group urged residents in the area to remove their vehicles adding, “it’s estimated that the river will come out of the channel at 11am with the peak at 2pm”.

The heavy rain and floods in the last few days have hit travel across Scotland.

On Wednesday, Network Rail warned passengers about issues with cross-border train services, with some operators advising passengers not to travel due to the extreme weather conditions.

A major incident was declared in Hawick on Thursday amid fears up to 500 properties could be flooded.

Rail services on the line between Dumfries and Carlisle were also cancelled to allow safety checks on a viaduct near where the bridges were damaged.

The downpours on Saturday are likely to impact Dumfries and Galloway, the Borders and part of the Central Belt, including Glasgow, according to the Met Office.

Sunday’s alert is in place for south-west Scotland.