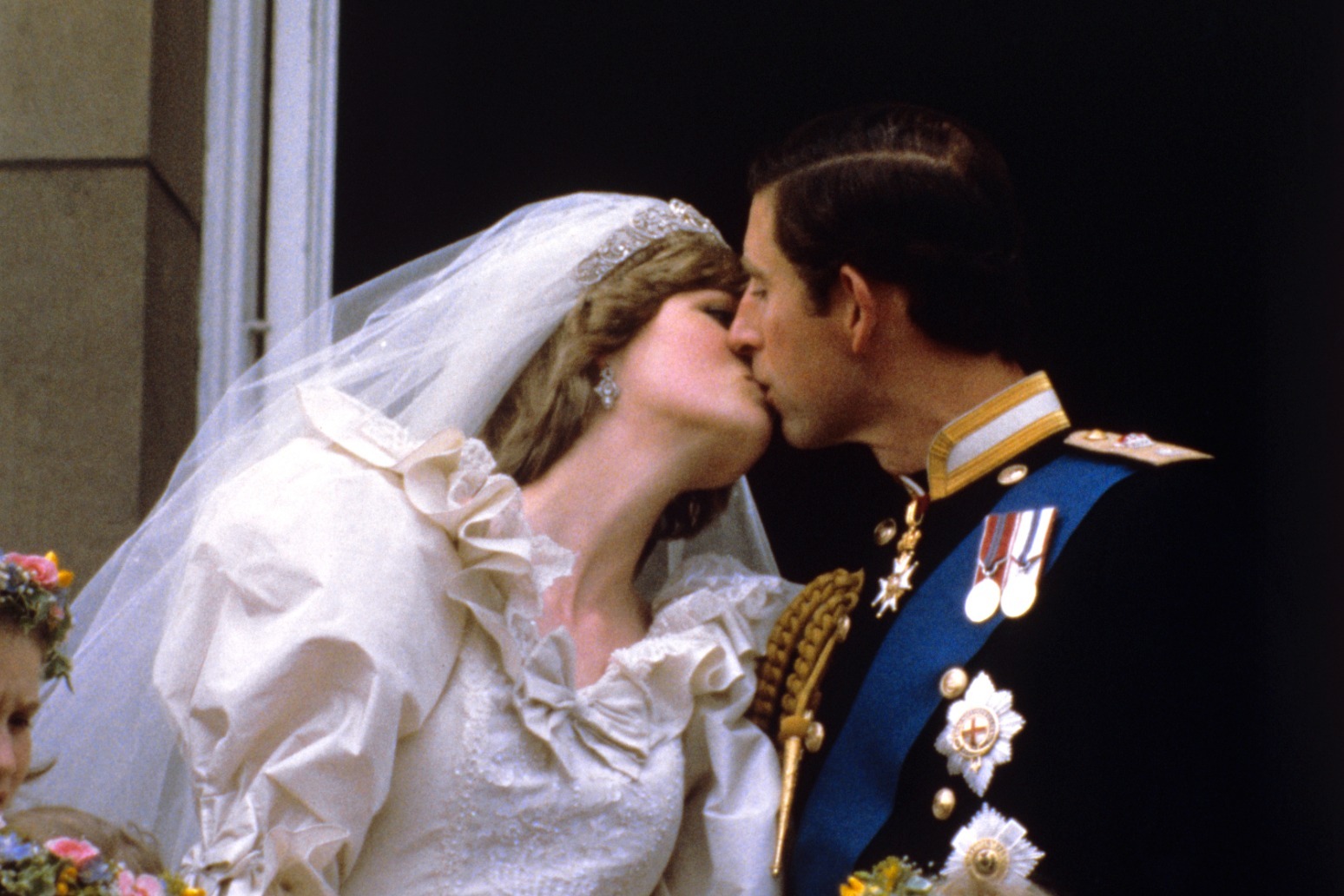 A slice of the Prince and Princess of Wales’s wedding cake is up for sale – 40 years after Charles and Diana tied the knot.

The anniversary of their fairy-tale royal nuptials, when the heir to the throne married shy 20-year-old Lady Diana Spencer in the grand St Paul’s Cathedral on July 29 1981, falls on Thursday.

But their relationship was not too last, and far from reaching their ruby anniversary, they split 11 years later in 1992, and divorced in 1996.

The large slice of cake icing and marzipan base from one of the 23 official wedding cakes features a sugared onlay of the Royal coat-of-arms coloured in gold, red, blue, and silver.

It was given to Moyra Smith, a member of the Queen Mother’s household at Clarence House, who preserved the topping with cling film.

She kept it in an old floral cake tin and taped a handmade label to the lid, reading: “Handle with Care – Prince Charles & Princess Diane’s (sic) Wedding Cake” which she signed and dated 29/7/81.

Mrs Smith’s family sold the cake in 2008 to a collector, but it has come up for auction once again, coinciding with the Waleses’ 40th wedding anniversary.

Chris Albury, auctioneer and senior valuer at Dominic Winter Auctioneers in Cirencester, Gloucestershire, said: “It appears to be in exactly the same good condition as when originally sold, but we advise against eating it.”

It is expected to fetch between £300 and £500 when it goes under the hammer along with an order of service, ceremonial details and a royal wedding breakfast programme.

Charles and Diana’s wedding was watched by a worldwide TV audience of more than 750 million.

The newlyweds kissed on the Buckingham Palace balcony – a departure from royal protocol.

The famous bridal dress is now on show for the first time in 25 years at Kensington Palace.

The Duke of Cambridge and the Duke of Sussex agreed to lend their mother’s romantic gown to Historic Royal Palaces.

It forms the showcase piece in HRP’s temporary Royal Style In The Making exhibition, which runs until January 2 2022.

Ahead of the 1981 celebrations, many royal fans camped out overnight on the streets of London – including the future prime minister, David Cameron, who was 14 at the time – to get the best vantage point on the route from Buckingham Palace to the cathedral.

On the day, hundreds of thousands of wellwishers travelled to the capital to catch a glimpse of the future king and his young bride, the new Princess of Wales and a future queen.

The union brought much promise for the future of the monarchy, and the Queen was said to be so happy she did a little jig of excitement as she left the reception.

But cracks soon began to appear in the marriage.

Diana was haunted by her belief Charles’s former lover Camilla Parker Bowles, now his wife, was back in his life and she was wracked by insecurities, doubting her worth as a member of the royal family.

The princess found the palace courtiers unapproachable, was overwhelmed by her role as a royal superstar, and was fighting bulimia.

Charles turned to Camilla, while Diana embarked on an affair with Major James Hewitt.

The princess went on to champion the disadvantaged, from those with Aids to the homeless, but died suddenly in a Paris car crash in 1997, a year after her divorce, when sons William and Harry were just 15 and 12.