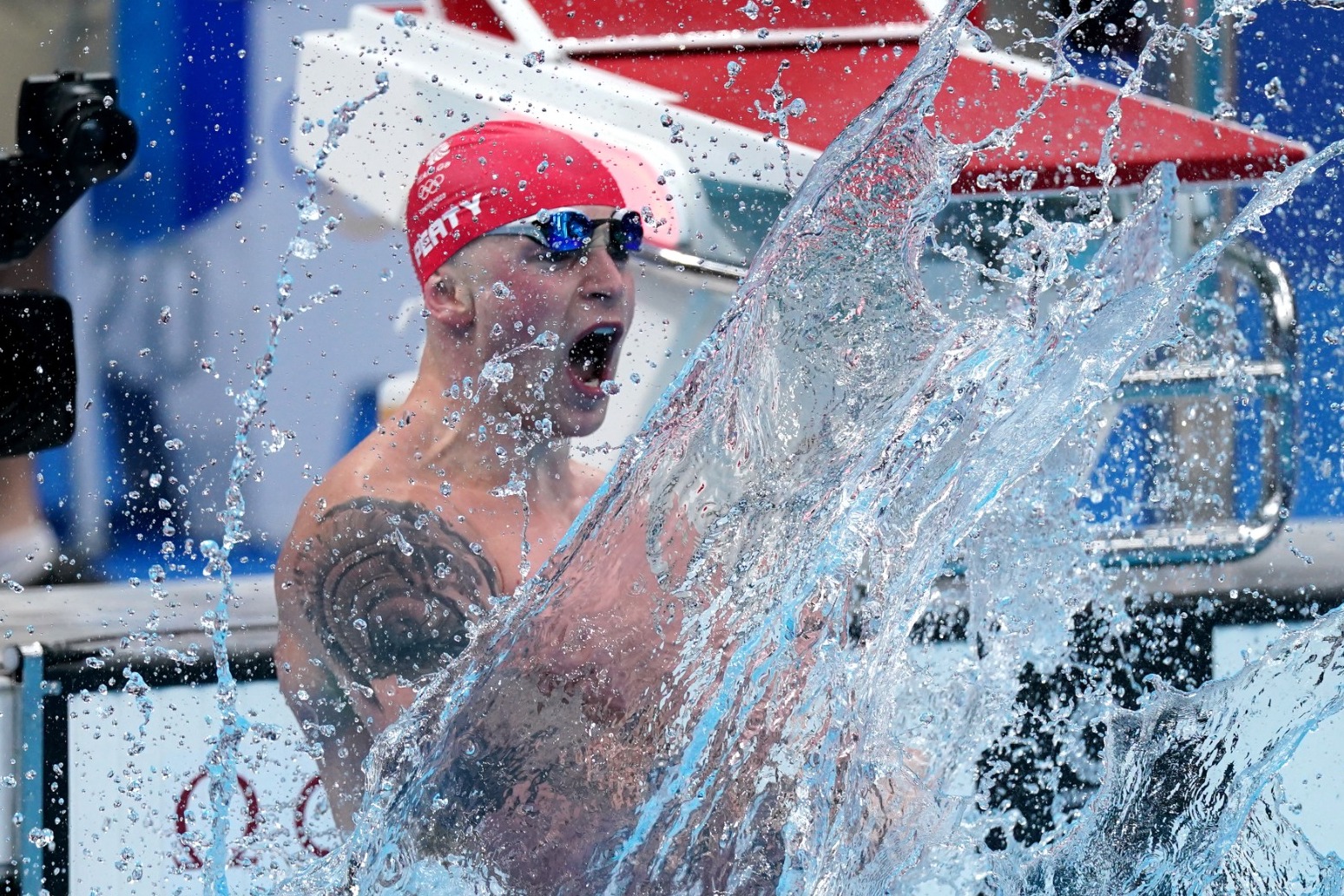 Adam Peaty capped another incredible year in the pool with an OBE for services to swimming.

Peaty became the first British swimmer to retain an Olympic title with a characteristically dominant display in the final of the men’s 100 metres breaststroke, claiming his country’s first gold medal at Tokyo 2020.

While Peaty was unable to break his own world record of 56.88 seconds, the Uttoxeter swimmer still chalked up the fifth fastest time in the event’s history as he defended the crown he first won at Rio five years earlier.

He was awarded an MBE in the 2016 New Year Honours list and has been recognised once more following his exploits in Japan, where he took home another gold in the mixed 4x100m medley relay and silver in the men’s equivalent.

Having turned 27 this week, and following a short break post-Tokyo, in which he competed in the popular BBC programme Strictly Come Dancing, Peaty is already looking at a ‘three-peat’ in the event he has come to dominate.

Not only that, Peaty revealed recently that with only two and a half years to go until Paris 2024, he and coach Mel Marshall have developed ‘Project Immortal’ – an attempt to record a time that will never be topped by anyone.

As the only person to swim sub-57 seconds, with his current benchmark almost a full second quicker than anyone else in history, few would bet against Peaty, who finished third at the BBC’s Sports Personality of the Year.

“Doing a time that can never be beaten… the next three years is how we achieve Project Immortal,” he told Sky Sports News at the weekend.

Crucial to that goal is an aggressive mindset, according to Peaty, who conquered ‘Project 56’ at the 2019 World Championships in Gwangju, South Korea, and is setting new targets to keep himself motivated.

“More than ever we have to kind of attack,” Peaty added. “I know where I need to be to get to Project Immortal. It’s got to be war. You’ve got to treat them like they’re going to take something away from you because they are.

“The red mist for me is my super-strength. I can use my anger to the nth degree; I can push through barriers that no one else can push through. I don’t know where I get it from – it’s like a fight or flight response.”

The relief Peaty, who is set to defend titles at the World, Commonwealth and European Championships in 2022, showed upon keeping hold of his Olympic breaststroke title was palpable after he swore twice in an interview with the BBC.

Towards the end of a Games where Team GB collected a record eight swimming medals with four golds, three silvers and a bronze, representing their best ever haul at a single Olympics, Peaty spoke prominently about mental health.

He announced his intention to skip the International Swimming League that followed and take a month-long hiatus from the pool to prepare himself for the challenges ahead.

Reacting to some of the negative remarks he saw at the time, Peaty wrote on Twitter: “Reading some of the comments in response to this is why we have such a stigma around mental wellbeing in sport.

“It isn’t a normal job. There is a huge amount of pressure. Money does not buy happiness.

“I’m taking a break because I’ve been going extremely hard for as long as I can remember. I’ve averaged two weeks off a year for the last seven years.

“Unfortunately there are people out there who think they know you more than you know yourself.”