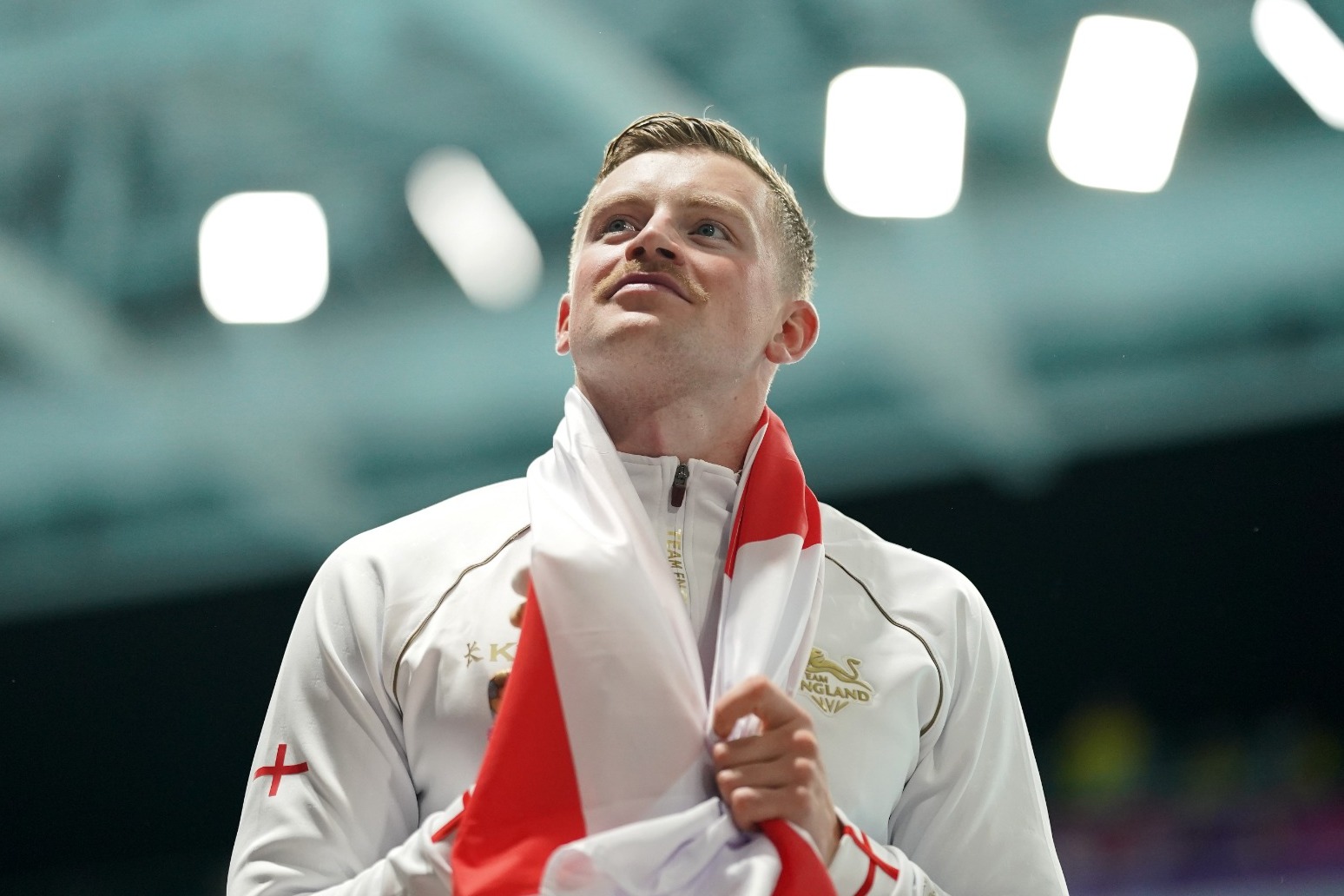 Birmingham gold medallist Adam Peaty has called for better investment in sport as he urged the Government to capitalise on the success of the Commonwealth Games and England’s Euro 2022 triumph.

The England swimmer, who won the Commonwealth Games 50 metres breaststroke on Wednesday and added to his collection the only major title he was missing, said those in power must stop closing pools and facilities.

“This has to be a platform,” the 27-year-old told the Daily Mirror.

“We really need the people in power to stop closing pools and facilities. We should hold the Government and councils accountable to make sure we invest in facilities across the country”.

Research by UK Active published in June said up to 79% of public leisure facilities could be forced to close their doors in the next six months due to rising energy costs.

“We have to think about people’s mental health and well-being,” the eight-time world champion added.

“People are struggling to deal with life and their emotions.

“You need access to sport and ­facilities. I know if I wake up in the morning and feel angry, I go training.

“We need that to create a happier and healthier nation.

“So many people from all walks of life use pools, not just those in elite sports. Learning to swim is ­important.”

It came as the national celebration of the Lionesses’ 2-1 win over Germany in the Euros final prompted calls for an overhaul of physical education (PE) classes.

The Lionesses wrote an open letter to Rishi Sunak and Liz Truss demanding all schoolgirls have access to a minimum of two hours a week of sport classes.

All 23 members of the England women’s team called on the Tory leadership candidates to prioritise female football because “this generation of schoolgirls deserve more”.

The Euro 2022 winners warned that “women’s football has come a long way, but it still has a long way to go”.

Peaty, meanwhile, warned the Government risked “shooting yourself in the foot” if it failed to seize the moment.

“What is the point of investing £24million every four years in British Swimming if we can’t invest in the next generation who need those pools to be open?

“You are shooting yourself in the foot. Over the last few years the Government has taken away a lot of pools and investment.”

Peaty appeared before the Digital, Culture, Media and Sport committee in November to call for athletes to be provided greater stability of funding, and said the onus was on the Government to step up and offer that support.

He added at the time that greater funding was also required at grassroots level to avoid future Olympic and Paralympic champions being lost.

“I think the Government can do more to support the elite and definitely, definitely the grassroots. Stop closing leisure centres, because it will bite you.”

Peaty, who works with the programme Swim United to encourage children into pools, told the Mirror on Thursday that swimming “needs to be accessible for everyone”.

He said: “When I was younger, you could swim for £1 and in the summer for free. It needs to be accessible for everyone. We are facing a cost-of-living crisis where people have to choose whether to eat or heat their homes.”