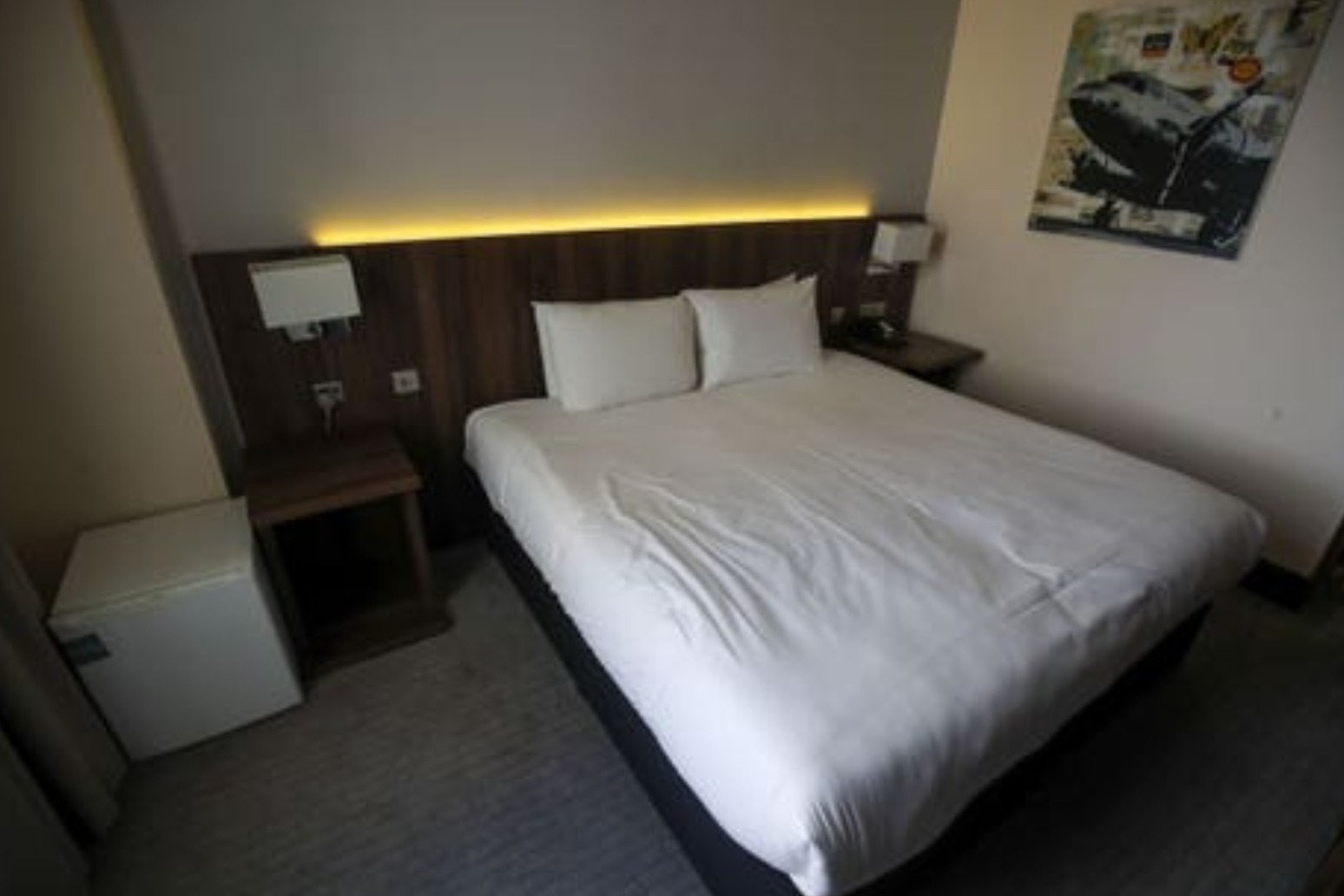 Allowing travellers quarantining in hotels to leave their rooms for fresh air is “very risky”, an Australian epidemiologist has warned. Professor Michael Toole, from the Burnet Institute in Melbourne, Victoria, said preventative measures in the state had focused on stopping the spread of coronavirus by large droplets.

But he’s said that the precautions – such as wearing surgical masks, keeping people in their room and using hand sanitiser – did not prevent airborne transmission.

Prof Toole said there have been Covid-19 cases in the city where an infected guest opened their room door and “with the positive pressure this kind of fog of virus went out into the corridor, travelled down and infected hotel staff”.

Asked for his views on people being allowed to leave their rooms in UK quarantine hotels while accompanied by guards, he said: “We’ve learnt that that is a very risky procedure.”

The state of Victoria has entered a third lockdown after an outbreak of cases thought to be linked to a quarantine hotel.

Australia’s borders are closed but those who can travel, and who are not exempt from quarantine rules, have to stay in a hotel for 14 days.

UK nationals or residents returning to England from 33 “red list” countries will be required to spend 10 days in a Government-designated hotel from Monday.

However, the rules are more relaxed than those in Australia, where people are not allowed to leave their rooms.

Its said the Government’s official requirements for hotel operators state that security staff can “accompany any of the arrived individuals to access outside space should they need to smoke or get fresh air”.

Home Office minister Victoria Atkins defended the policy, saying it is “reasonable” to allow travellers quarantining in hotels a “gulp of fresh air”.

She told Today: “The hotel will of course be adhering to all of the very strict measures that we have in place in relation to social distancing and face masks and so on.

“So I think allowing someone a gulp of fresh air, apart from anything else, we know that being outside is less likely to transmit than being inside.

“But I think allowing someone a gulp of fresh air during a 10-day visit in a hotel, with all the very strict measures that we have, I think is reasonable – but of course we will keep these measures under review.”

Ms Atkins added: “We are confident that the measures that we have in place, ready to go on Monday, are strong and that they will help to protect our country against any of these new variants that are being found.”

Travellers from countries on the banned list can only arrive into one of five airports in England.

Guidance states that anyone from one of those countries with a booking that brings them to a different “port of entry” from February 15 must change it to one of those specified.

The published guidance states that leaving the room for exercise will only be allowed with special permission from hotel staff or security and is “not guaranteed”.

– The UK’s economy shrunk at its fastest rate since the 1920s last year, as the pandemic forced thousands of businesses to remain closed for several months. GDP dropped by 9.9%.

– The online booking portal for the hotel quarantine system went down shortly after it was launched on Thursday afternoon, and is not expected to be up and running again until around 10am on Friday.

Meanwhile, ministers are reportedly set to discuss a Cabinet Office proposal on Friday to introduce vaccine and testing certificates for future international travel, according to Sky News.

Asked about the reports, a Government spokesperson said: “The UK Government, like most nations, wants to open up international travel in a responsible, safe and fair manner and we continue to be guided by the science.

“We want to ensure there is an internationally recognised approach to enable travel and are working closely with international partners to do so.”