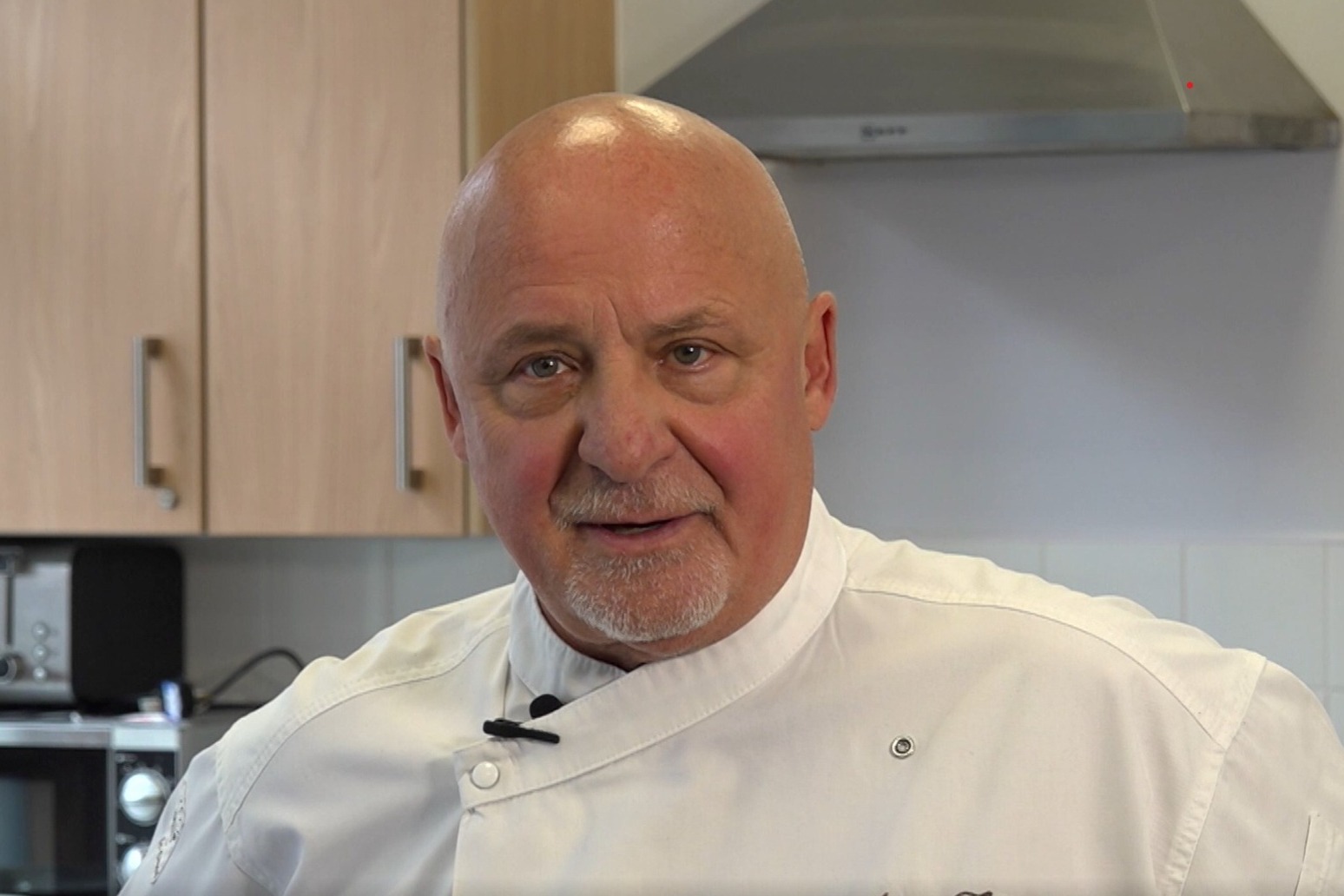 Almost half of 16-25-year-olds have gone to bed hungry in the last year, according to research laying bare the “devastating” impact of food insecurity on young people.

A lack of food is having a long-term impact on young people’s health and future prospects as they bear the brunt of the cost-of-living crisis, the youth homelessness charity Centrepoint warned.

The charity commissioned Opinium to poll 2,000 16 to 25-year-olds over the UK between March and April.

It found 49% of respondents had gone to bed hungry in the past 12 months, while 54% have struggled to buy food.

Almost a quarter (23%) had been forced to miss work or education due to a lack of food.

Some 31% said bills were the main reason for them skipping meals, followed closely by the cost of rent (30%), and feeding their children (29%).

Almost half (45%) of the young people polled said their income is not enough to get by on.

The chef, who spent a period of time homeless abroad, met Ashanti, a young person being supported by the charity.

The 19-year-old became homeless after becoming estranged from her family, but in the past year has found stable accommodation in west London.

She told the PA news agency: “I feel as though I walk into a shop and immediately I can see: ‘OK, this used to be way cheaper and now it’s so much more money.’

“And especially with the Universal Credit cut, it makes it 10 times harder because you’re noticing the price change and you just can’t afford it.

“So a lot of the time I will find myself not eating, and it has resulted in me not having the best health.”

Ashanti said she has low iron, which affects her energy and makes it hard to get out of bed and to work, and brittle bones, which has “got a lot to do with what I’m eating and what I’m not eating”.

She added: “Because of my energy I find myself staying at home 95% of the time, which I wouldn’t say is normal for somebody my age to be missing out on so much.”

She cooked a tomato and tuna pasta dish she usually makes on her £15 to £20-a week food budget, and then Zilli cooked chicken fajita wraps to show the difference an extra bit of money would make to young people’s nutrition.

The chef told PA that “lots of young people are struggling to survive and to eat a decent meal, which nobody deserves”.

He said: “Nutrition is really important, and a lot of foods that they are eating is not even good enough for them.

“The cost of living – it’s not rocketed, it’s trebled. So, you know, we can’t expect to live with the same wage that we used to earn.

“We can’t expect these kids now to have a little bit of money and pretend that they are right. They’re not.”

She said: “The futures of young people are at significant risk because of this injustice, and I’m not surprised that so many young people feel they have no other choice but to skip school, college or work.

“This is causing them to miss opportunities that will improve their quality of life overall.

“At Centrepoint we’re seeing first-hand that hunger, malnourishment and dehydration causes exhaustion, and young people are struggling to focus and concentrate. Additionally, the stress of worrying about where food will come from next, is debilitating.

“In the longer term, not having access to a regular balanced diet has serious consequences on all of the bodies systems; from gut health to heart strength, and mental health.

“No-one’s immune system should be tested like this. This way of living is simply not sustainable.”

A Government spokesman said: “We recognise people are struggling with rising prices which is why we are protecting the eight million most vulnerable families with at least £1,200 of direct payments, starting with the £326 Cost of Living payment currently being distributed.

“We’re making work pay. Through our £37 billion support package we are saving the typical employee over £330 a year through a tax cut this month while allowing people on Universal Credit to keep £1,000 more of what they earn.

“Also, in April we significantly increased the National Living Wage to a record high. And we continue to provide tailored help for young people through the DWP Youth Offer – wrap-around support over a 13-week Youth Employment Programme, delivered through over 190 Jobcentres and 159 Youth Hubs open across the country.

“Meanwhile, the most vulnerable in England are being supported by the Government’s Household Support Fund – which was boosted by £500 million – to help pay for essentials.”