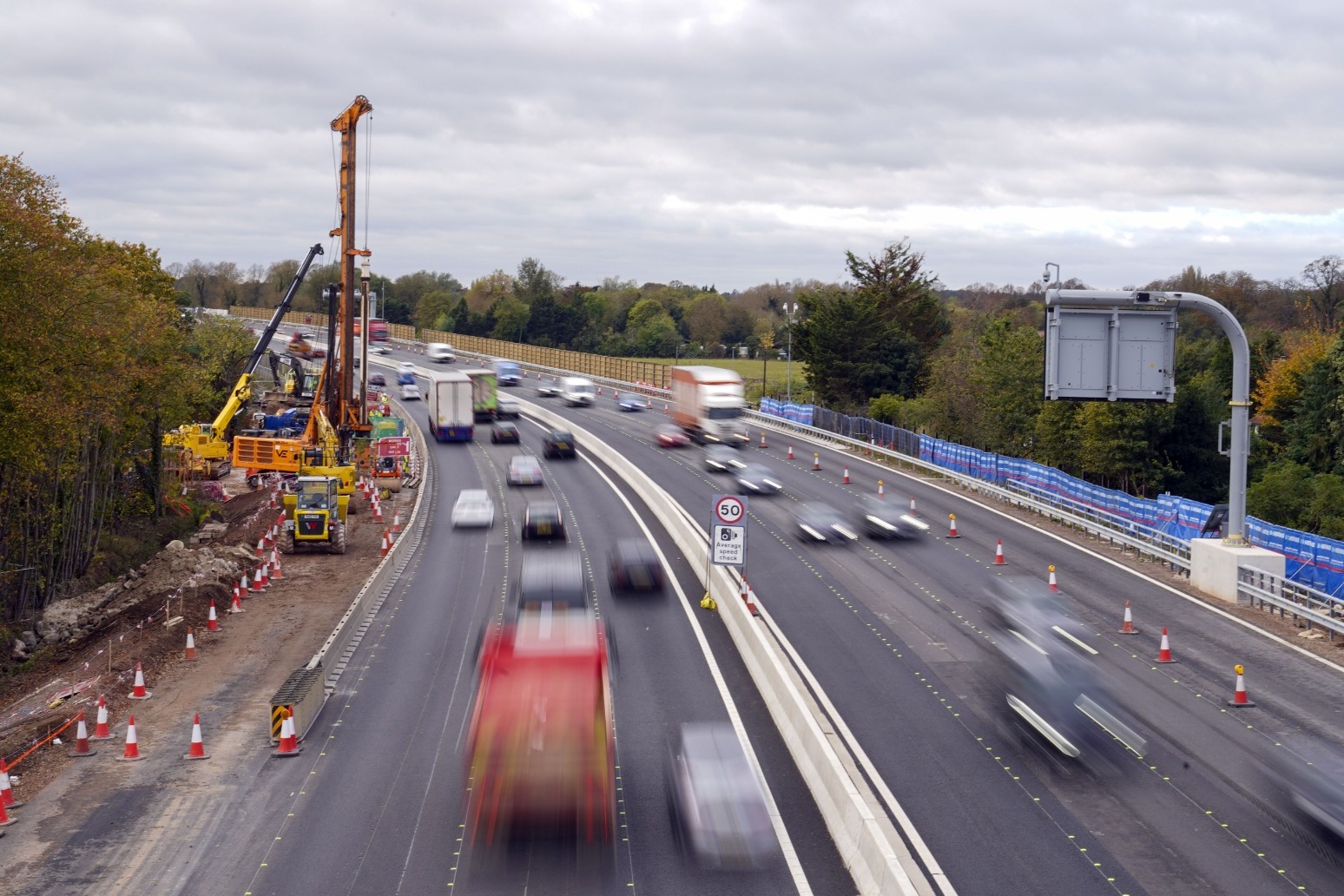 An amber traffic warning has been issued for this weekend as an estimated 15 million bank holiday leisure trips are planned.

The AA published the alert because it expects 45% of UK drivers to embark on at least one non-commuting journey between Friday and Monday.

Families returning from summer holidays before the start of the new school year will battle for road space with festivalgoers and people embarking on day trips.

Events taking place this weekend include Reading and Leeds Festivals, CarFest South in Hampshire, the closing weekend of the Edinburgh Fringe Festival, a full programme of football fixtures and an England v South Africa cricket Test match in Manchester.

The AA expects leisure traffic to peak on Saturday between 10am and 4pm.

Motorists are being warned to expect delays on major routes.

Predicted traffic hotspots include the M4/M5 interchange near Bristol; the M1 between the M25 and Newport Pagnell, Buckinghamshire; the M6/M42 interchange in Birmingham; and the M62 between Liverpool and Manchester.

Monday is a bank holiday across the UK except Scotland, and is the final public holiday of the summer.

AA patrol of the year Sean Sidley said: “This year we are predicting up to 15 million journeys will be made over the August bank holiday, as families make the most of the warm weather and have a last hurrah before the new school year.

“With events and festivals fully back to normal, localised congestion will peak at closing time around major venues, but the rest of the UK could see peak journeys throughout Saturday.

“Traffic is likely to build again from Monday afternoon and into Tuesday, so allow plenty of time if you’re travelling then.

“Routes to and from coastal resorts and beauty spots will be among the busiest, so drivers should plan ahead for the journey and check your car before you go.”

Train services on some key routes will be disrupted this weekend due to engineering work.

Network Rail said upgrades worth £90 million will be carried out, but stressed that 95% of lines will remain open.

A reduced timetable will be in place between Northampton/Milton Keynes and London Euston due to HS2 work between Saturday and Monday.

Projects to rebuild junctions mean there will be no trains to London’s Charing Cross or Cannon Street stations on Saturday or Sunday, with a limited service from Hastings and Tonbridge to London Bridge on both days.

London Bridge and Cannon Street will fully reopen on Bank Holiday Monday, while Charing Cross will remain closed until the following day.

Services between London Waterloo and Reading will be amended and diverted during the three-day weekend because of signalling work.

No Great Northern or Thameslink trains will run between Finsbury Park and Stevenage via Welwyn Garden City on Sunday, and Grand Central trains will be diverted with extended journey times.

The disruption will be a further blow to passengers who have been repeatedly affected by rail strikes in recent weeks.

Andrew Haines, Network Rail chief executive, said: “I’m pleased to say the vast majority of the railway will be open for business as usual this bank holiday, so passengers can rely on us to get them where they need to go as they make the most of their summers.

“Our teams will be delivering some upgrade works to improve future journeys for passengers, so we’re asking people to check before they travel and make sure their route isn’t affected.”