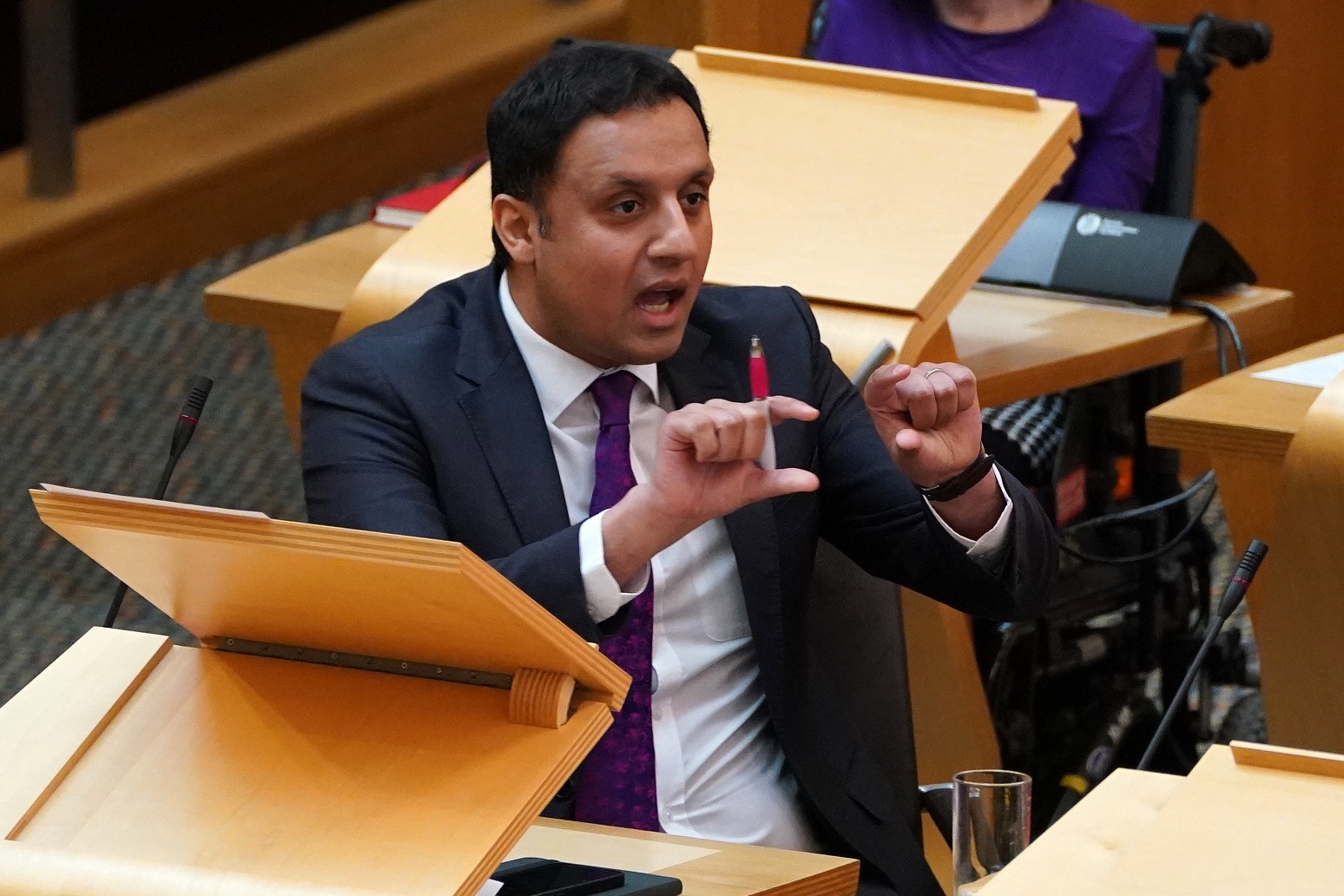 Scottish Labour leader Anas Sarwar said the next chance to get rid of Boris Johnson will be at a general election.

Speaking to BBC Scotland’s Sunday Show, Mr Sarwar said the focus of the parliament this term should be on recovery and not pursuing a second independence referendum.

He revealed Scottish Labour is getting ready to launch its vision for the next general election “in the next few weeks”.

“There is nothing the SNP can say about Boris Johnson that I wouldn’t amplify and multiply in terms of what I feel about the man, what I feel about his ability as prime minister and what I think of this Tory Government,” he said.

Scottish Labour has repeatedly ruled out supporting a second independence referendum and said the focus of the parliament should be on recovery from the Covid-19 pandemic.

He added: “We said right at the start … that we believe the focus of this parliament should be on our recovery. And that is why we didn’t support a referendum.

Mr Sarwar said talk around a second independence is a distraction from a government “not doing its job”.

He saidL “You have the cost of living shooting up. You have 11% inflation. You have two governments not doing enough to confront that crisis.”

He also said “700,000 people are on NHS waiting lists”, while “child poverty and pension poverty (is) rising” and “drug deaths (have) doubled under this Government’s watch”.

Presenter Martin Geissler pressed Mr Sarwar on what might happen if Labour does not win enough seats to form a majority government at the next general election.

He put it to Mr Sarwar that Labour may need to rely on support from the SNP to get into power in exchange for support to hold a second referendum.

Mr Sarwar said the SNP’s “hands would be tied” in this case.

“It’s for the SNP to decide whether they’re going to vote for the Labour government or a Tory government,” he said.

“I dare the SNP to vote in a Tory government and you see what the reaction is from people in Scotland.

“Their hands are tied. They have nowhere else to go. No ifs, no buts, no barriers, a coalition of the SNP, because we can govern by ourselves.

“Yes, the Tories are a disaster. Yes, I want to get them out. Yes, I’d like to be with the priorities of the SNP. I think they’re bad government here in Scotland,” he said.

“But we can’t wait for the public to want them to lose, we’ve got to deserve to win.”

He accused the Government of “goading” rail workers to go on strike ahead of industrial action next week and backed workers in the dispute.

He said: “Ultimately, if you do not have fair actors who want to get a resolution and negotiate on fair terms, and come to a resolution, then this is what will happen.”