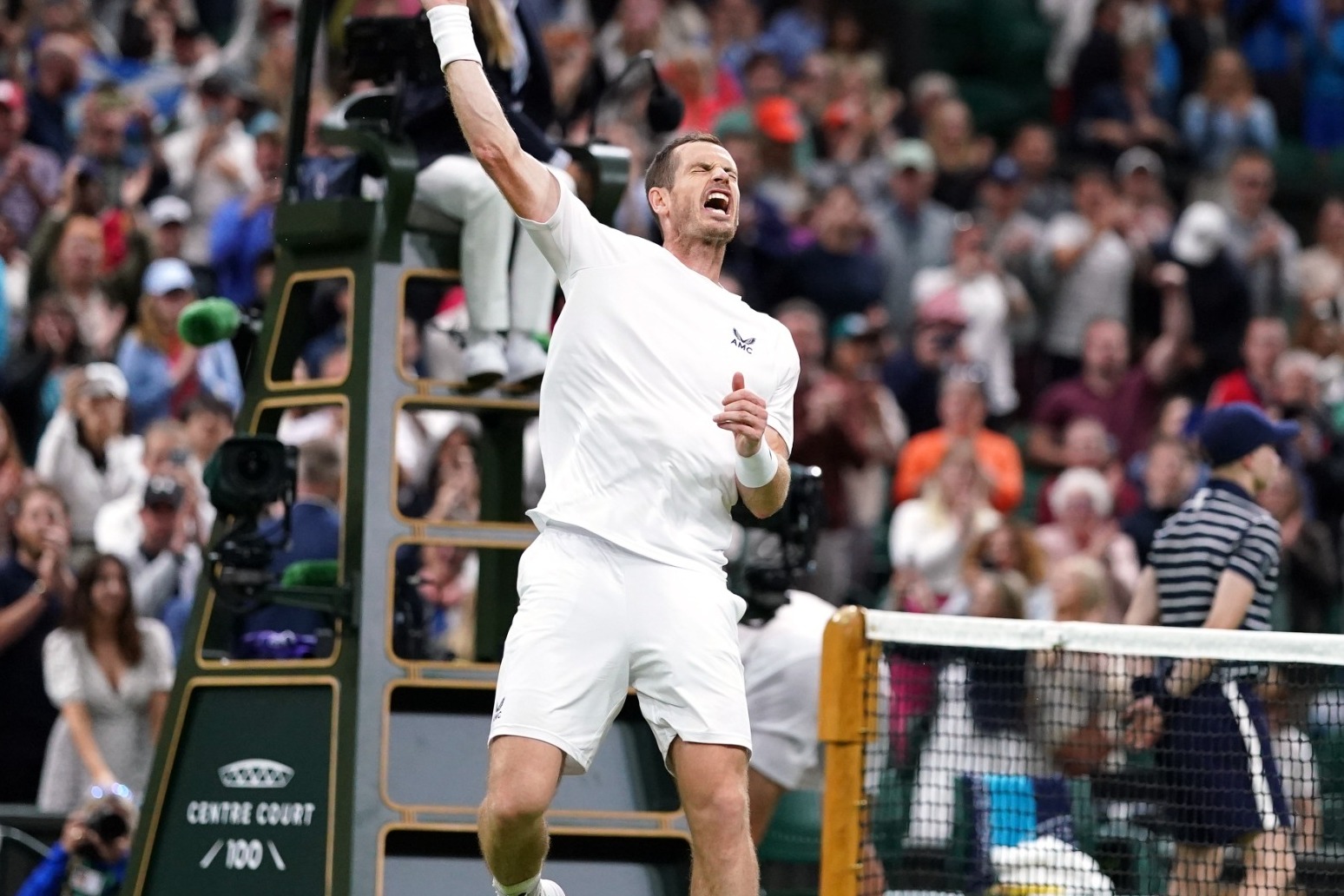 The former world number one is through to the next round, after taking to Centre Court on the opening day of the tournament

Andy Murray threw in an underarm serve as he overcame a stiff examination of his form and fitness to get his Wimbledon campaign up and running.

The former world number one faced a race against time to recover from an abdominal strain he suffered a fortnight ago in time to play at SW19.

The injury did not seem to be an issue but the match sharpness probably was after Murray was broken twice on his way to dropping the first set against unseeded Australian James Duckworth.

But Murray was soon motoring again as he wrapped up a 4-6 6-3 6-2 6-4 victory, with a cheeky underarm serve – only the second of his career – thrown in for good measure.

“He changed his return position, that’s why I did it,” Murray explained. “He was struggling a little bit on the first-serve return, so he stepped probably two metres further back. As soon as I saw him step further back, I threw the underarm serve in.”

The tactic is a controversial one but Murray insists underarm is not underhand.

“I personally have no issue with players using it. I never have,” he added.

“Certainly more and more players have started returning from further behind the baseline now to give themselves an advantage to return.

“No one says it’s disrespectful for someone to return from five or six metres behind the baseline to try to get an advantage.

“So I used it, not to be disrespectful to him, but to say ‘if you’re going to step further back to return the serve to give yourself more time, then I’m going to exploit that’.”

Duckworth has not won a main-draw match all year and is ranked 74 in the world, but he would probably be a lot higher had he not been even more blighted by injury than Murray.

The 30-year-old has undergone nine operations in his career, including hip surgery, although nothing like as severe as the procedure Murray had in order to save his career.

Duckworth’s powerful hitting had Murray rattled in the first set but the Scot, once again being coached by Ivan Lendl, took a couple of miles per hour off his serve and started hitting the mark more frequently as he levelled the match.

A delicious drop shot brought up break point in the third and it was converted after Duckworth went long following another punishing rally.

Murray backed up the break with a hold including that underarm serve as he channelled his inner Nick Kyrgios, to the delight of Centre Court.

Duckworth did make the return, but then made a mess of an overhead as Murray took the point.

With time heading towards 9pm and the light fading, the fourth set began under the roof.

Duckworth kept Murray on his toes until the ninth game, a double fault gift-wrapping the crucial break as the 35-year-old secured a second-round meeting with big-serving American 20th seed John Isner.