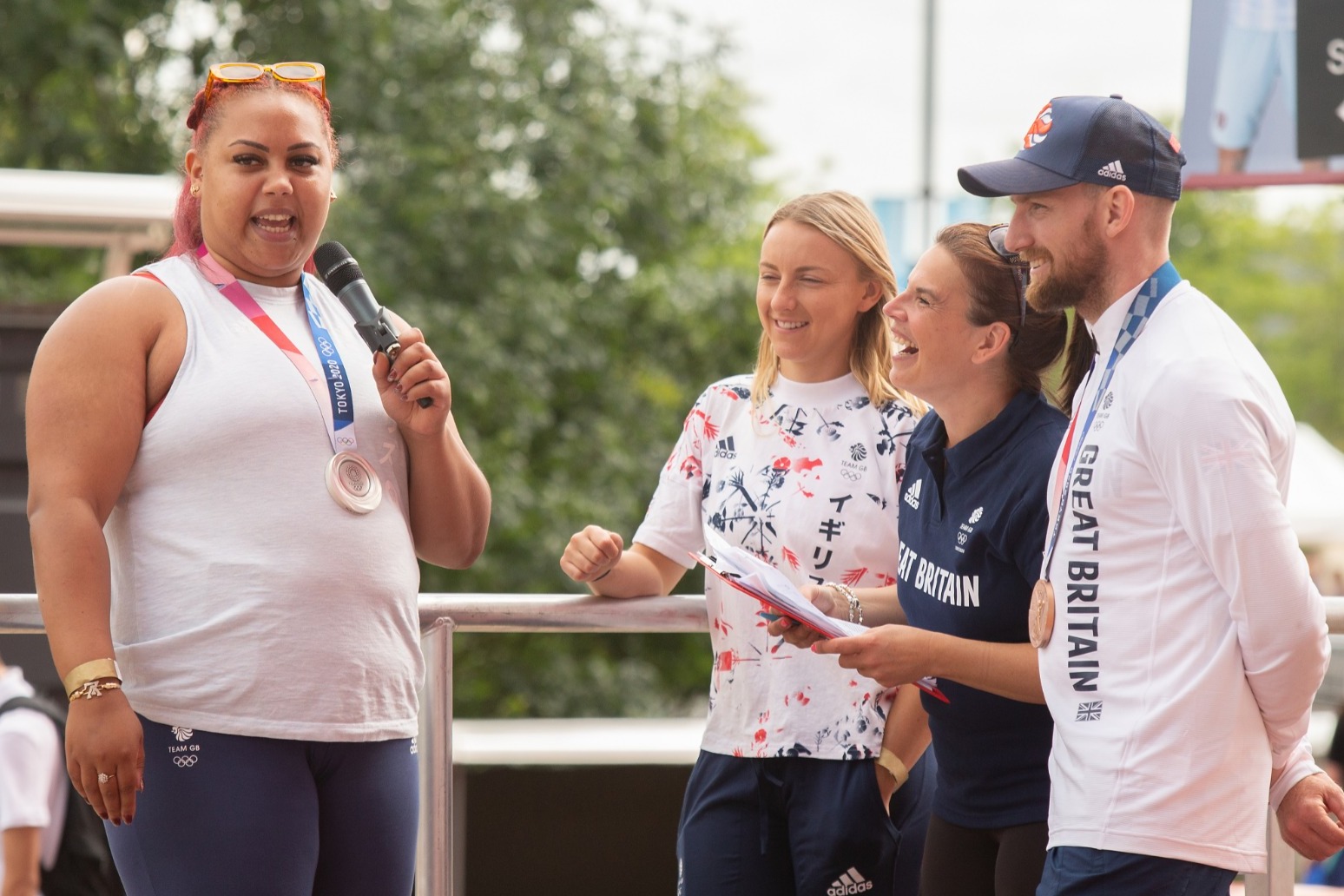 A wealth of musical artists will take the stage at The SSE Arena in Wembley on Sunday to celebrate Team GB’s Olympic success.

Rag’n’Bone Man and YungBlud are among the other artists scheduled to perform at the Team GB Homecoming Concert, which airs on BBC One at 7.30pm.

Presented by the National Lottery, the event will be held in front of a live audience of 8,000 people, made up of friends and family members of athletes who were unable to travel to Tokyo, as well as key workers and National Lottery players.

The event will be hosted BBC Radio 1’s Clara Amfo and Greg James.

For more information on the concert, visit TokyoHomecoming.com