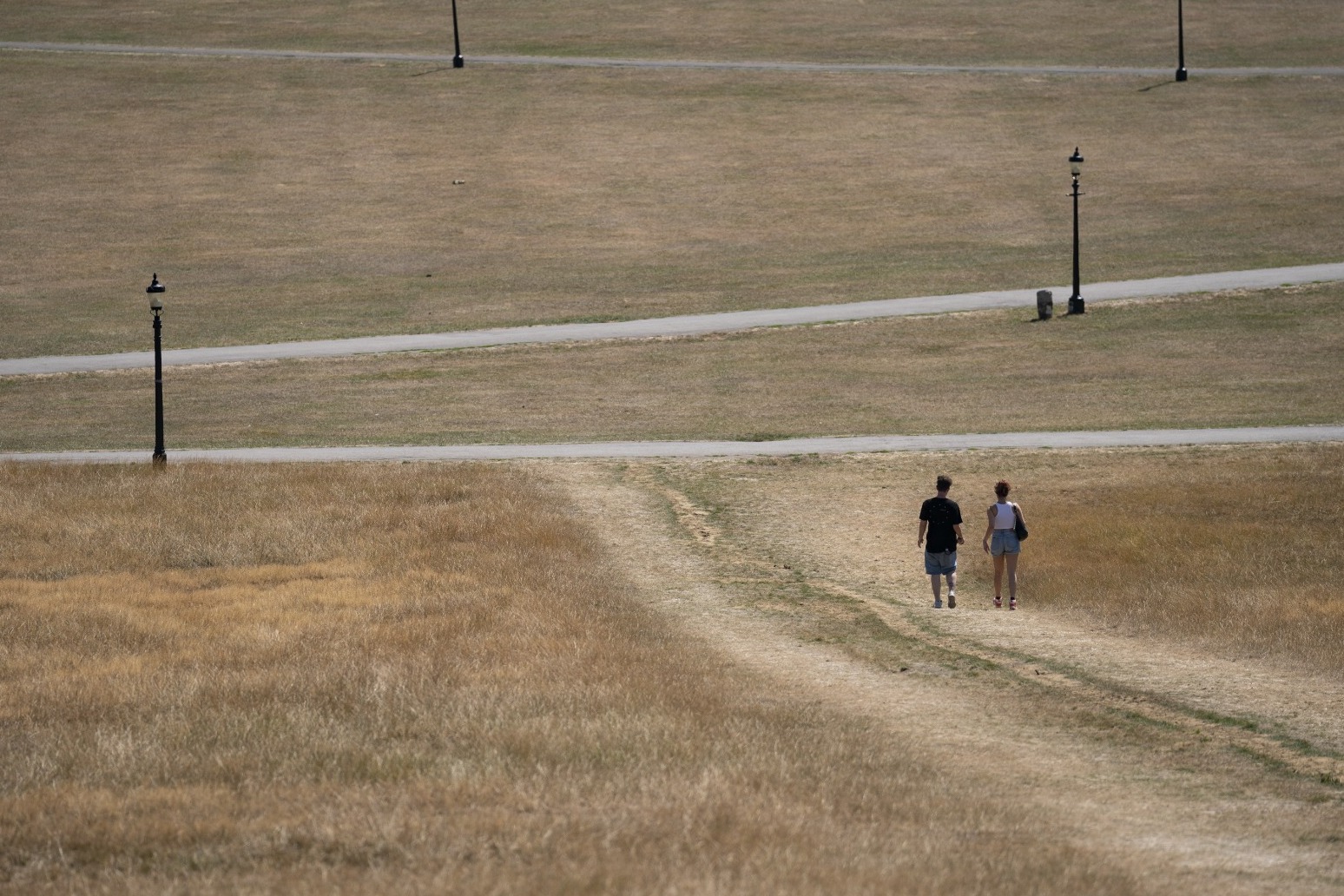 Parts of the UK have been hit by water shortages and grass fires ahead of a Met Office amber warning for extreme heat coming into force later this week.

The weather warning will come into force for parts of England and Wales from Thursday to Sunday, with temperatures set to climb to 35C or even 36C in some places.

Tuesday saw the mercury rise into the high 20s across parts of southern and central England, hitting 30.1C in Ross-On-Wye in Herefordshire.

Thames Water has been pumping water into the supply network following a technical issue at Stokenchurch Reservoir in Oxfordshire.

The firm later said it had managed to “improve the situation” and that all customers in the nearby area should now have water but warned that pressure could be lower than normal.

“We’re continuing to use tankers to pump water into the local supply network and working on other ways to boost supplies to the area,” it added.

It comes after the company, which supplies water to 15 million customers across London and the Thames Valley, became the latest water company to signal it will bring in a hosepipe ban in the face of the hot, dry summer.

Elsewhere, grass fires broke out with about 70 firefighters and 10 fire engines battling a blaze between Junction 25 and Junction 26 of the M25, near Enfield, north London, on Tuesday afternoon

London Fire Brigade said about five hectares of grass and shrubland were alight while footage shared on social media showed flames and thick black smoke billowing by the motorway, where two lanes have been closed.

Another huge fire broke out on Rushmere Heath, near Ipswich, Suffolk, with people told to avoid the area and residents advised to keep doors and windows closed due to the smoke.

Meanwhile, a 14-year-old boy died on Tuesday after getting into difficulty in a lake in Cheshunt, Hertfordshire.

Emergency services were called to the scene at North Met Lake, off Cadmore Lane, just after 5pm on Monday after reports that a teenager had not re-surfaced after being in the water.

Hertfordshire Constabulary said a body was recovered hours later and the boy’s next of kin have been informed.

Later on Tuesday, police announced that emergency services were searching for a man in his early 20s who has gone missing in a lake off Challenge Road, Hounslow, west London.

Scotland Yard said officers were called to the scene at 17:20pm and were told that the man had entered the water and had failed to return to shore.

The force said that a search, supported by the National Police Air Service and Marine Policing Unit, is ongoing and that the man’s family has been informed.

Temperatures are not set to be as extreme as those in July which smashed records when the thermometer climbed to above 40C in some areas in the UK for the first time.