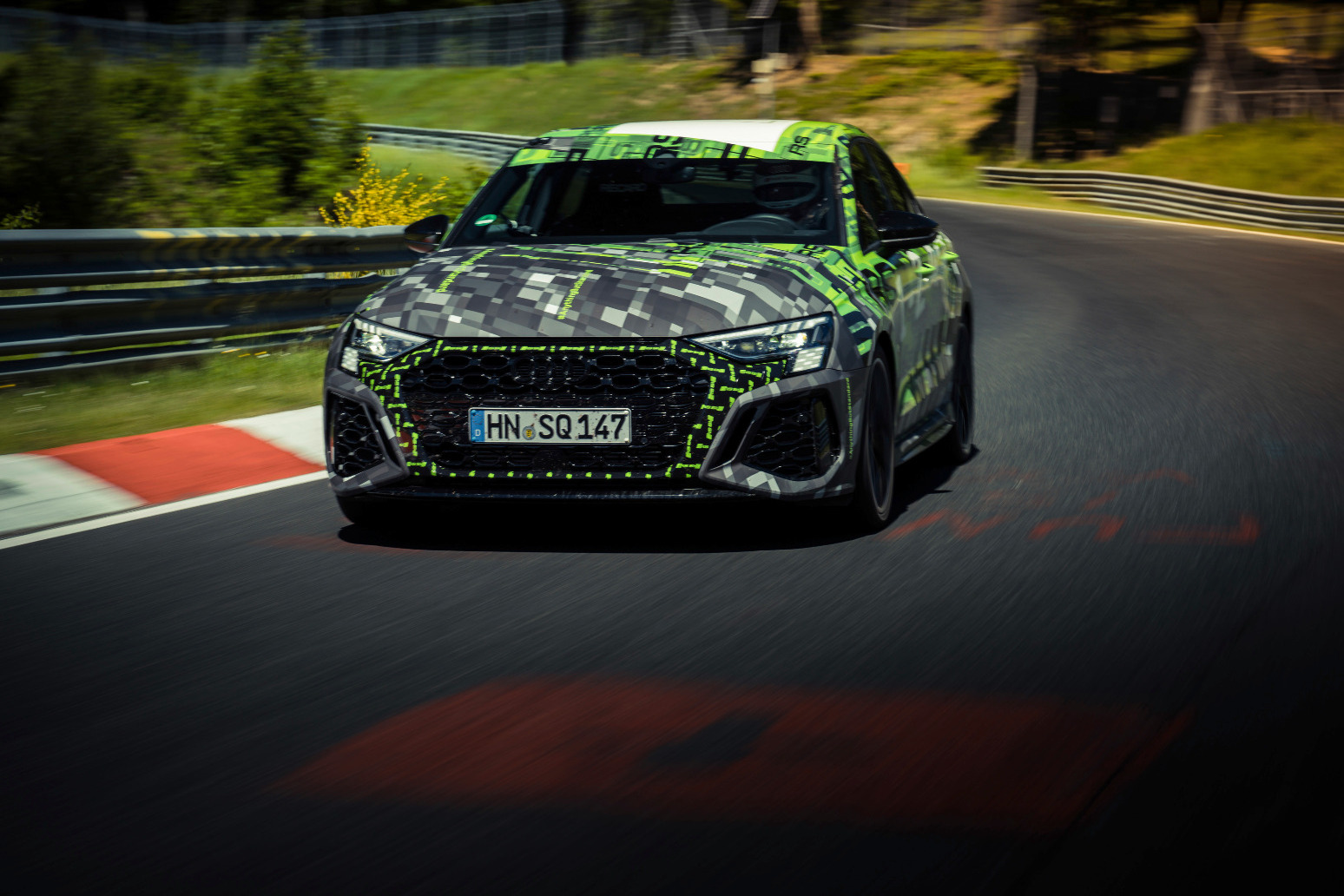 The Audi RS3 has claimed a Nurburgring lap record for the compact class.

Times are all unofficially measured by manufacturers, but the German firm is claiming a time of seven minutes and 40.748 seconds.

The lap time was set by Frank Stippler, a racing and development driver for Audi, beating the previous record by almost five seconds.

The firm says the key update that contributed to the lap record was the torque splitter, which can distribute power between the rear wheels individually. In corners, it distributes power to the wheel on the outside with the most grip, improving cornering performance.

Coupled with the new performance driving mode, which has unique engine and transmission characteristics optimised for track driving, Stippler says the difference between the new car and the previous generation is ‘a quantum leap in terms of agile driving’.