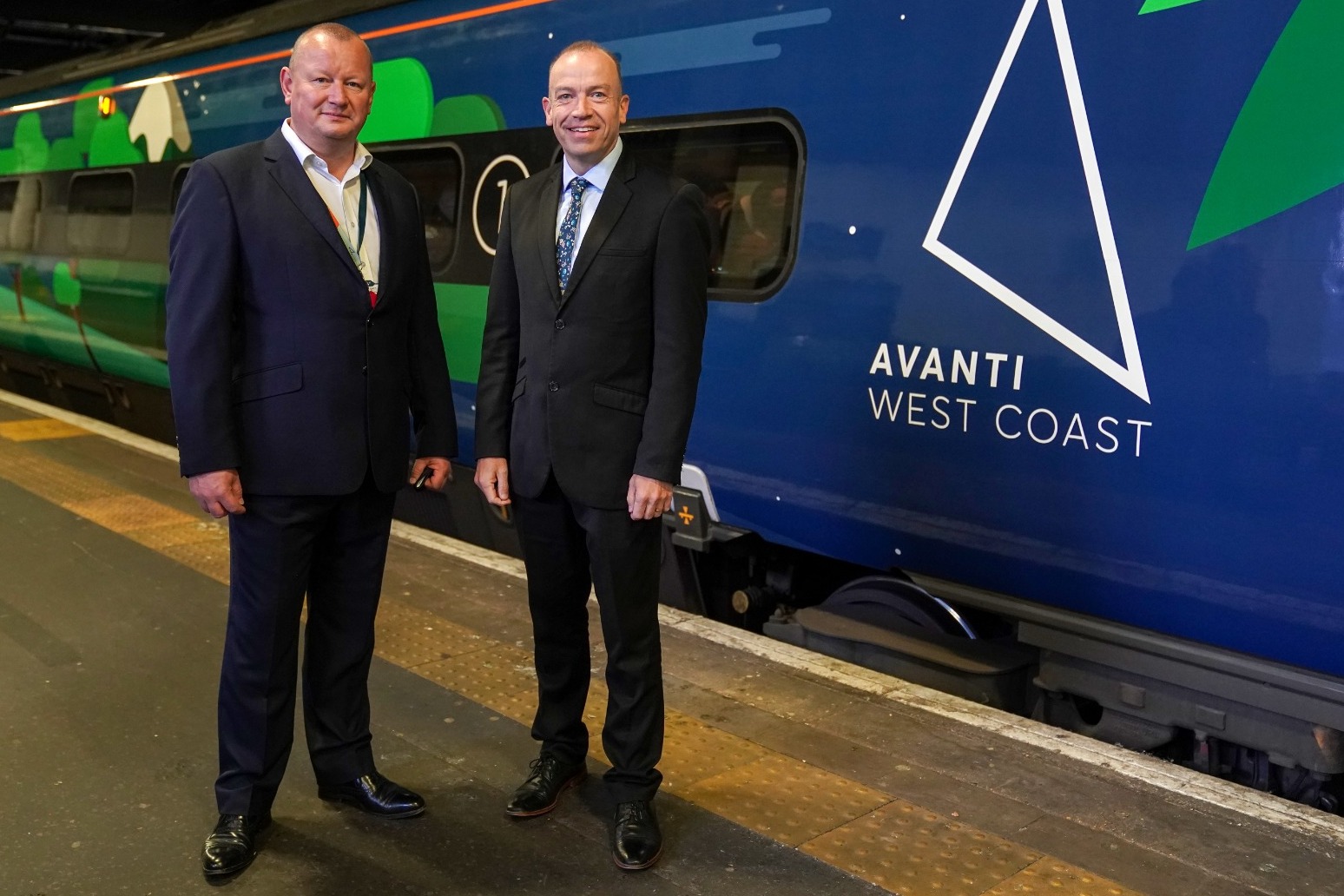 The company is currently operating a significantly reduced service

Avanti West Coast has been warned it is in “last chance saloon”, after the managing director stepped down on Friday amid a row over a reduced schedule and a jobs dispute with workers.

Phil Whittingham will leave his role from September 15 to “pursue other executive leadership opportunities”.

The company is currently operating a significantly reduced service, with only one train an hour running between London and Manchester.

Mayor of Greater Manchester Andy Burnham was highly critical of what he called “serious management failure” after the firm did not produce plans on how to restore its timetable.

Mr Burnham told BBC Radio 4’s Today programme on Saturday: “Finally, there seems to be an acknowledgment that major change is needed.

“What this reveals is that the reason given at the start of this reduced timetable is clearly not the true story. If you remember the company pointed the finger at the trade unions, so did the Government. In doing that, I think the Government allowed the company to be left off the hook.”

Asked if he is calling for the Government to ditch the operator from the franchise, Mr Burnham said: “This company are in the last chance saloon because I cannot accept indefinite chaos on this railway line and the loss of those services.”

He called for a meeting with the Government, rather than “playing politics”.

A spokesperson for Avanti West Coast said: “We know we’re not delivering the service our customers rightly expect and we apologise for the enormous frustration and inconvenience.

“Our customers and communities deserve a dependable train service, so we’re currently working hard to rebuild our timetable in a resilient and sustainable way.

“Resolving this situation requires a robust plan that will allow us to gradually increase services without being reliant on traincrew overtime, which has fallen dramatically in recent weeks.

“We would like to thank our customers for their patience and understanding.”

The company also points to a major drop in the number of train cancellations since the new timetable took effect.

Steve Montgomery, First Rail managing director, said: “Having led the team through the challenges presented by the pandemic over the last two years and into the recovery period, Phil leaves with the team ready for the challenges in delivering the future service requirements.

“I would like to thank Phil and wish him well in the future.”

Avanti is one of the rail operators facing more strikes in the coming weeks and has been involved in a row over Sunday working by drivers.

The company runs trains between cities including London, Birmingham, Manchester, Liverpool, Chester, Glasgow and Edinburgh on the West Coast Main Line and into Wales.

A spokesman for drivers’ union Aslef said: “The MD of Avanti West Coast has gone because he lied about unofficial action at the company.

“We look forward to working with a new MD who can, and will, deliver for passengers and staff.”