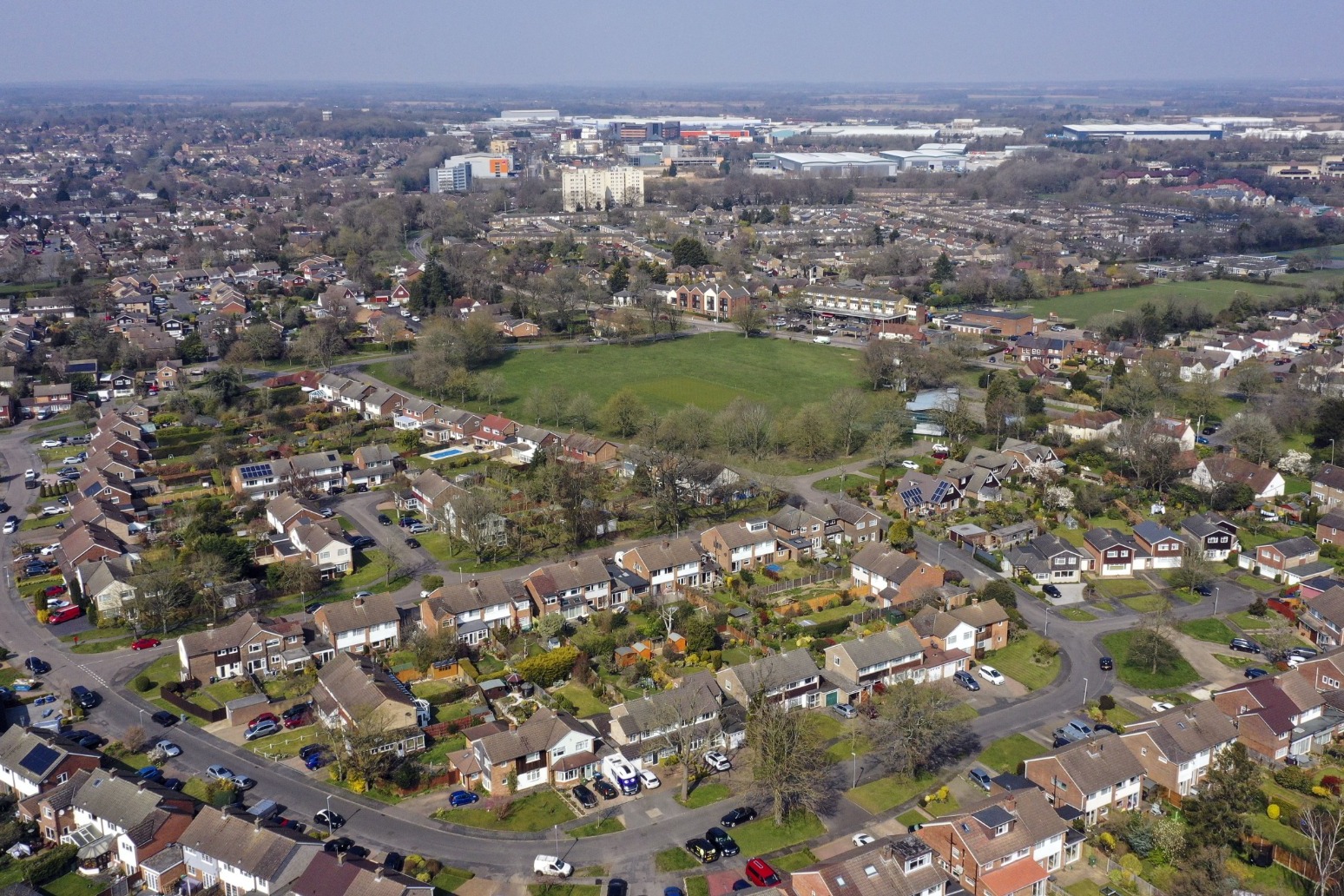 The average price tag on a home hit a record high for the sixth consecutive month in July, according to a property website.

A continued desire to move, and low numbers of properties for sale, are driving further price growth, even at a time when households’ finances are becoming increasingly stretched, the website added.

Buyer demand remains higher than it was three years ago in 2019, although it has edged down compared with a year ago, Rightmove said.

While there are some signs that the choice of homes is improving, with the number of sellers having increased compared with this time last year, the number of available properties for sale is still 40% down on where it was in 2019, according to the report.

The slow rate of stock recovery has led to Rightmove revising its 2022 price forecast, with 7% annual growth now expected by the end of the year across Britain, up from its forecast of 5% at the start of the year.

Tim Bannister, Rightmove’s director of property science, said: “With such an imbalance remaining between supply and demand, prices look underpinned, and we would therefore only expect typical smaller seasonal month-on-month falls, rather than more significant price falls in the second half of the year.

“This has led to us revising our annual price growth prediction for the end of the year from 5% growth to 7%, although this would still mark a slowing from the 9.3% seen this month.”

Rightmove predicts that housing market demand is likely to return to “more normal” levels in the second half of the year due to the rising cost of living and affordability concerns.

Mr Bannister said: “The challenges presented by rising interest rates and the cost of living will no doubt have an effect throughout the second half of the year, as some people reconsider what they can afford.

“However, there is also anticipation among would-be home-movers that personal finances may become even more stretched in the coming months, with further interest rate rises expected and the energy price cap jumping again in October.

“Given the political and economic uncertainty at the moment, those who want to move this year, particularly first-time buyers, may seek some financial certainty by locking in longer fixed-rate mortgage terms now before their monthly outgoings increase again.”

The report also quoted the views of estate agents.

Ben Hudson, managing director at Hudson Moody in York, said: “The shift since Covid to being allowed to work from home has meant a steady flow of buyers from London have relocated to York due to its connectivity.

“The first half of the year has seen many properties going to best and final offers, often achieving considerably more than their asking price due to the level of buyer demand.

“Yorkshire is still significantly cheaper than the South East and this is driving prices upwards.

“We expect to see a busy autumn due to the lack of properties available, and the continued interest from London and the South East, despite interest rates continuing to rise from their historic lows.”

Marc von Grundherr, director of Benham and Reeves in London, said: “While buyer demand may be cooling compared to the dizzying heights of the peak pandemic market, there remains a huge imbalance between buyer appetites and available stock levels.

“The increasing cost of borrowing and the wider economic backdrop may cause buyer demand to continue to cool further this year, albeit gradually.

“However, even though a fresh wave of homes are coming to market, this boost to stock levels is unlikely to rebalance the scales. Therefore, we can expect property values to remain buoyant for the remainder of 2022.”

The findings were released as a separate report from estate and letting agent Hamptons said that, across Britain, the average monthly rent on a newly let property in June was nearly £100 higher than in June 2021.

Aneisha Beveridge, head of research at Hamptons, said rent increases have been driven by shortages of rental homes alongside landlords passing on higher running costs to tenants.

She said: “In particular, landlords have been squeezed by rising mortgage rates, alongside more expensive insurance premiums and maintenance costs.”

Ms Beveridge added: “Older generations have shown that, by the time a tenant hits middle age, they’re increasingly less likely to ever become a home-owner.

“For many, the deposit remains as much of a barrier to buying as it was in their 20s, while getting a mortgage becomes tougher since lenders are cautious about extending a mortgage deep into retirement age.

“This typically means the term gets progressively squeezed, pushing up the monthly payments and acts as a barrier to home-ownership.”