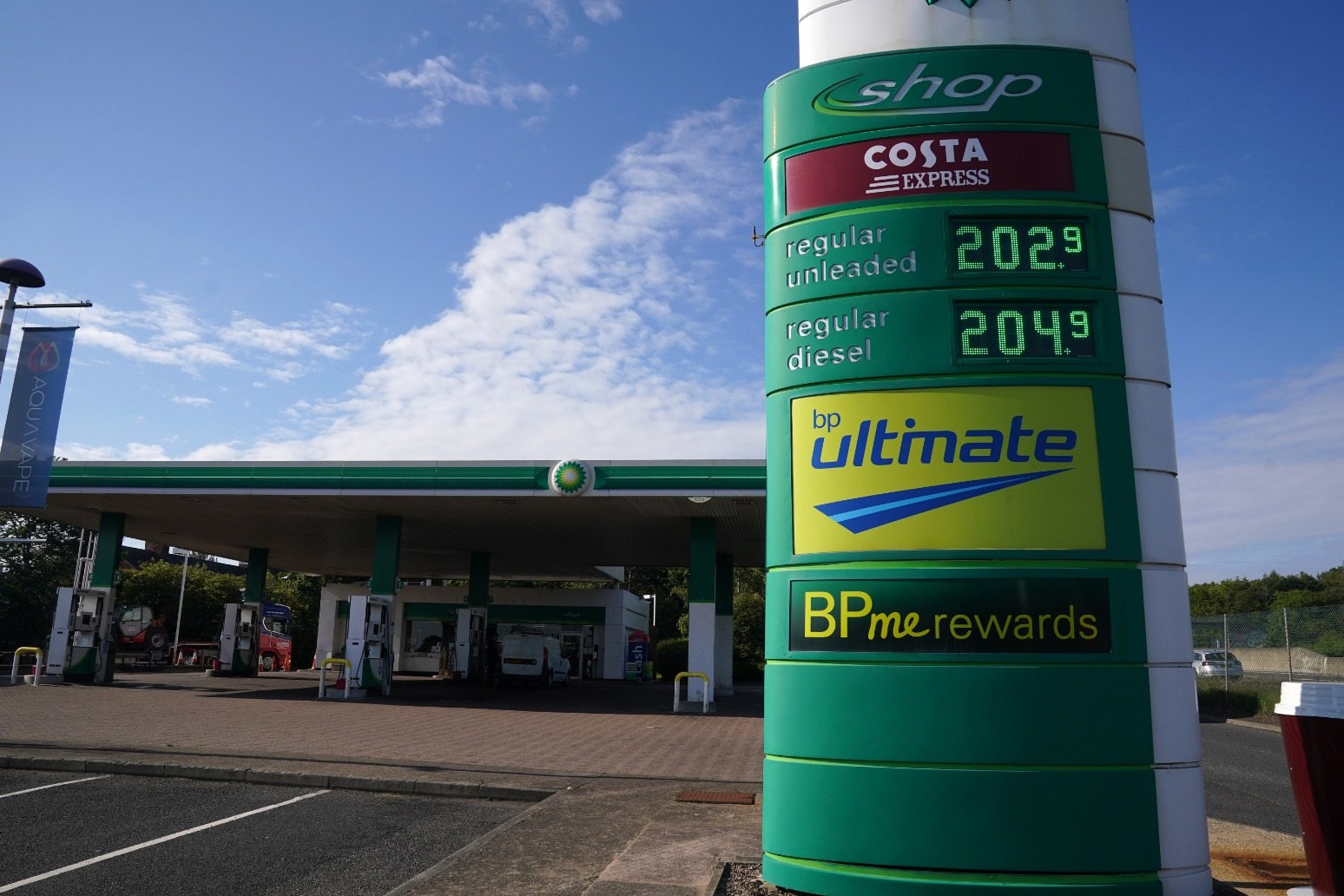 The average cost of filling a typical family car with petrol could exceed £100 for the first time on Wednesday.

Data firm Experian Catalist said a litre of petrol cost an average of 180.7p on Tuesday.

That was an increase of 2.2p compared with the previous day.

A similar increase on Wednesday will take the average cost of a full tank for a 55-litre family car to more than £100 for the first time.

The average cost for the day will be published on Thursday morning.

Some forecourts are already selling petrol above £2 per litre, including a BP garage on the A1 near Sunderland which is charging 202.9p.

Average diesel prices are also at a record high.