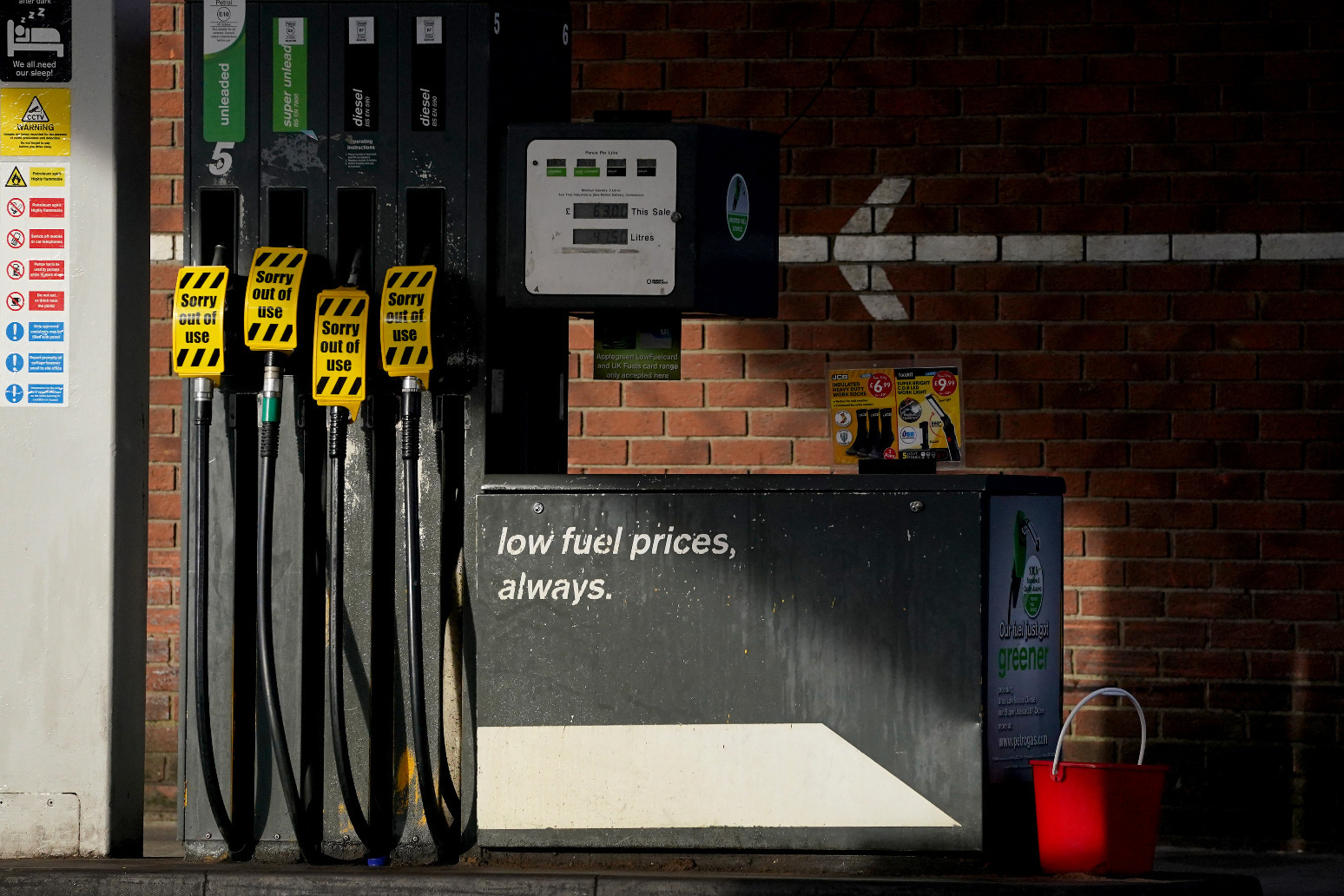 That’s according to figures from data firm Experian Catalist

Average UK petrol prices have exceeded £1.51 for the first time.

The typical cost of a litre of petrol at UK forecourts was 150.65p on Saturday and 151.25p on Sunday, according to figures from data firm Experian Catalist.

RAC fuel spokesman Simon Williams said: “The average price of both fuels has shot up by more than 1.5p since Thursday.

“Despite the wholesale market calming slightly at the end of last week as oil fell back under 100 US dollars per barrel, prices at the pump will continue to go up as retailers buy in new stock at much higher prices.

“This week will be an important one in terms of the oil price as it’s likely to reveal the speed of the inevitable upward trend or the extent of the volatility in the market.”

Russia’s invasion of Ukraine led to oil prices reaching an eight-year high last week due to concerns over the reliability of supplies.

AA fuel price spokesman Luke Bosdet said petrol hitting 150p per litre is “a milestone that millions of motorists have dreaded”, noting that some forecourts charged only £1 per litre less than two years ago.

He warned that drivers are being hit by “record pump prices, other inflation and tax rises, along with a raft of extra charges implemented or threatened by councils for motoring in city and town centres”.