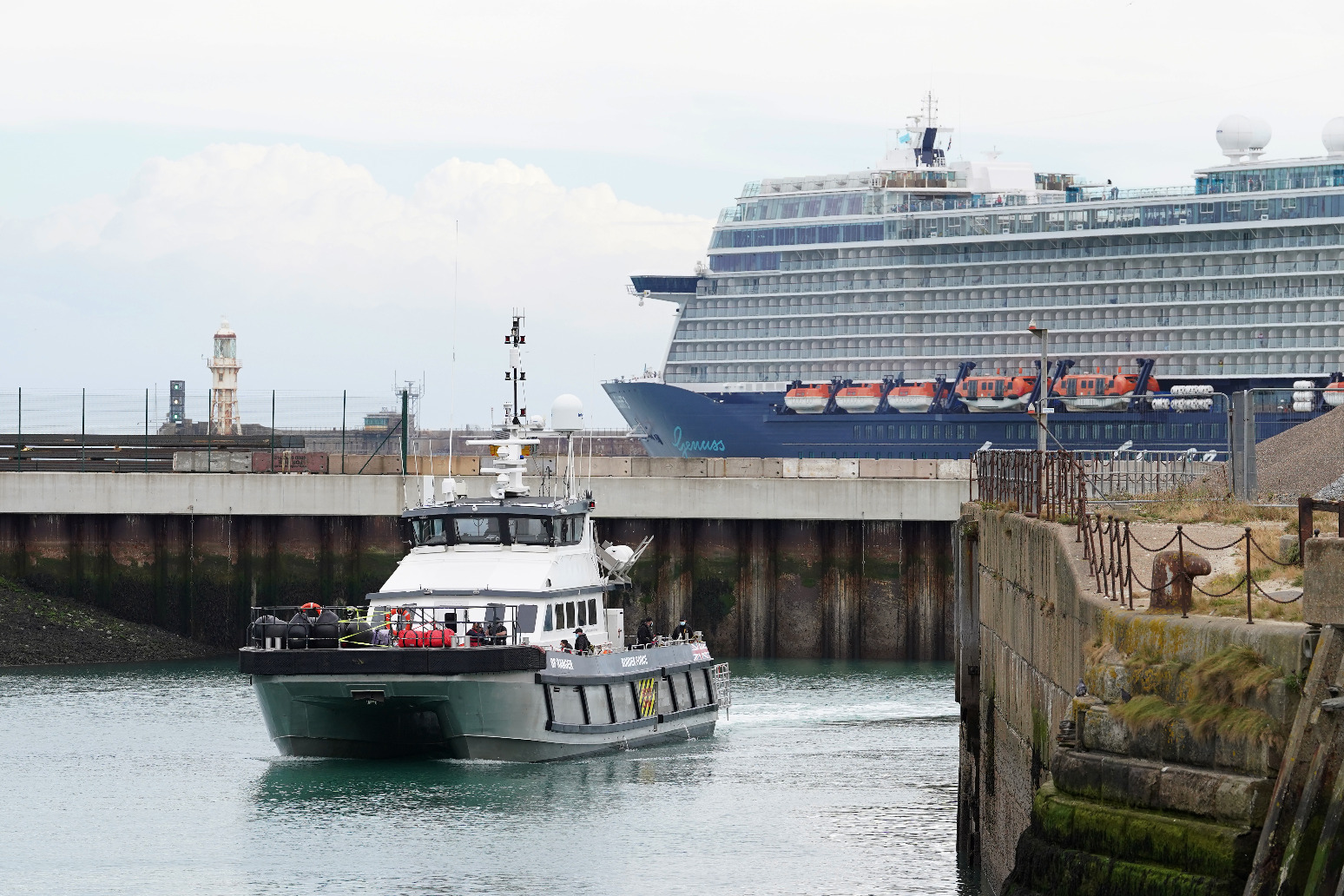 More than 21,300 people have arrived in the UK after navigating busy shipping lanes from France in small boats such as dinghies in 2022 to date

Babies were among groups of migrants arriving in the UK as Channel crossings resumed.

Large numbers of people, including several young children wrapped in blankets and wearing woollen hats, were seen being brought ashore in Dover on Monday.

Life vests were pictured lying in piles on the Kent dockside after dinghies and other vessels were intercepted in the Channel.

The crossings came after a three-day hiatus between Friday and Sunday when no arrivals were recorded.

More than 21,300 people have arrived in the UK after navigating busy shipping lanes from France in small boats such as dinghies in 2022 to date, according to provisional Government figures.

Almost 5,000 have made the journey already this month.

August has seen the highest number of crossings in a seven-day period so far this year. Some 2,415 people crossed the Channel to the UK between August 11-17.

The highest number of crossings for a single day so far in 2022 was recorded on August 1 when 696 made the journey in 14 boats, Ministry of Defence (MoD) data shows.

The daily figure has topped 600 three times this month.

It is four months since Home Secretary Priti Patel unveiled plans to send migrants to Rwanda in a bid to curb Channel crossings.

Since then, 16,107 people have arrived in the UK after making the journey.

On April 14, Ms Patel signed what she described as a “world-first” agreement with Rwanda under which the east African nation will receive migrants deemed by the UK to have arrived “illegally” and are therefore inadmissible under new immigration rules.

But the first deportation flight – due to take off on June 14 – was grounded amid legal challenges.

Several asylum seekers, the Public and Commercial Services union and charities Care4Calais, Detention Action and Asylum Aid are challenging the legality of the Home Office policy, with the next court hearings due in September and October.