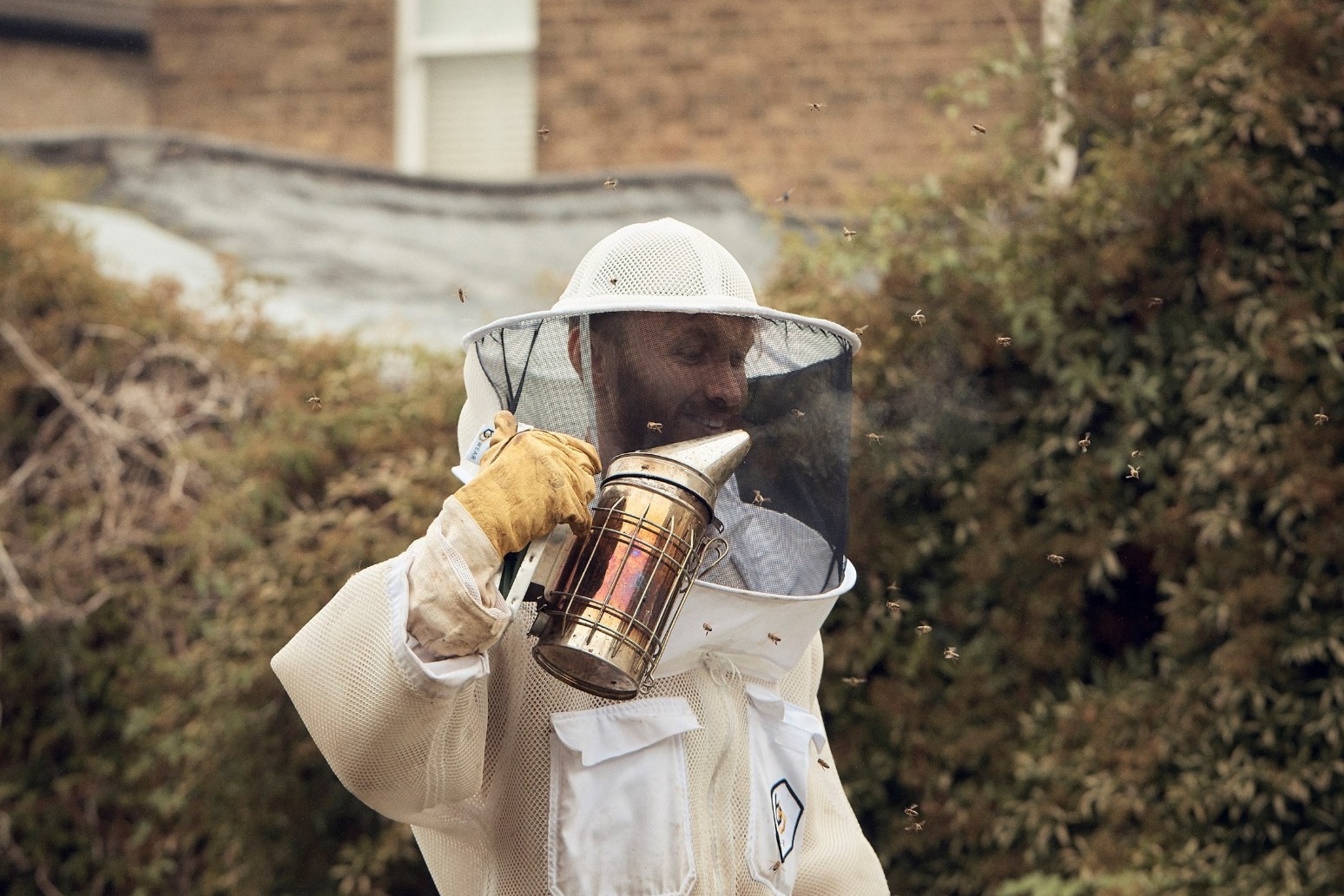 A charity founder and Syrian refugee has said beekeeping helps refugees to “break connection with any trauma”.

Ali Alzein started Bees & Refugees to save the native British black bee from extinction as well as foster “a sense of belonging in the UK’s refugee communities” by providing therapeutic workshops and a Build-Your-Own-Beehive project.

“(With beekeeping) you’re looking at something so different from anything that you’ve seen… I think that breaks the connection with any trauma that you’ve had in the past,” the 36-year-old told the PA news agency.

Mr Alzein said the benefits of beekeeping help to settle refugees and asylum seekers in the UK.

“The people I worked with, I think it was really comforting for them to work on something where they didn’t feel that they need to speak a language they feel insecure about,” he said.

“When you learn beekeeping, you’re working with the bees – you don’t need to speak to anyone… You can just be.”

Mohammed, a refugee who used to keep bees before he fled Syria, said of the project: “When I came to the UK I was homesick… This is the first time I feel happy after I left Syria 10 years ago.”

Mr Alzein left Syria in 2014 and began balancing work in London’s fashion industry with his time volunteering at refugee camps.

“I decided to quit my job (in the fashion industry) shortly after I realised that keeping bees was helping me with my mental health a lot,” he explained.

“It was really tiring for me to jump from the luxury fashion world in Harrods where I worked to go back and volunteer in refugee camps… And seeing these opposite worlds were causing me more stress.”

Bees & Refugees crowdfunded nearly £14,000 in 2020 before receiving funding to distribute beehives to community gardens and spaces across the capital.

The charity now has 36 hives in the UK and has helped more than 80 refugees and asylum seekers to feel at home in Britain.

Mr Alzein described how the humming of the bees contributed to the positive effects of beekeeping.

“The buzz becomes a melody… It happens to me whenever I’m around the bees, it’s like you don’t think of anything else because they’re so breathtaking,” he said.

“I guess you kind of disconnect from the source of your trauma and you don’t think about it while you’re working with the bees… It’s lovely.”

The charity is now a team of 25-35 volunteers working with refugees and schools across the country.

Their goals include raising enough money to be able to hire full-time members as well as converting a van into an on-the-go observation hive, providing mobile workshops for refugee families in more remote areas.

“If it wasn’t for this project, especially during these last two years, I think I would have probably given up on my life here… I would have decided to just return to Syria (and) face whatever is waiting for me there,” Mr Alzein said.

“The more you learn about how (bees) live together and how they work together, the more fascinated you become… It’s so incredible.”

To donate to Bees & Refugees, go to: beesandrefugees.org.uk