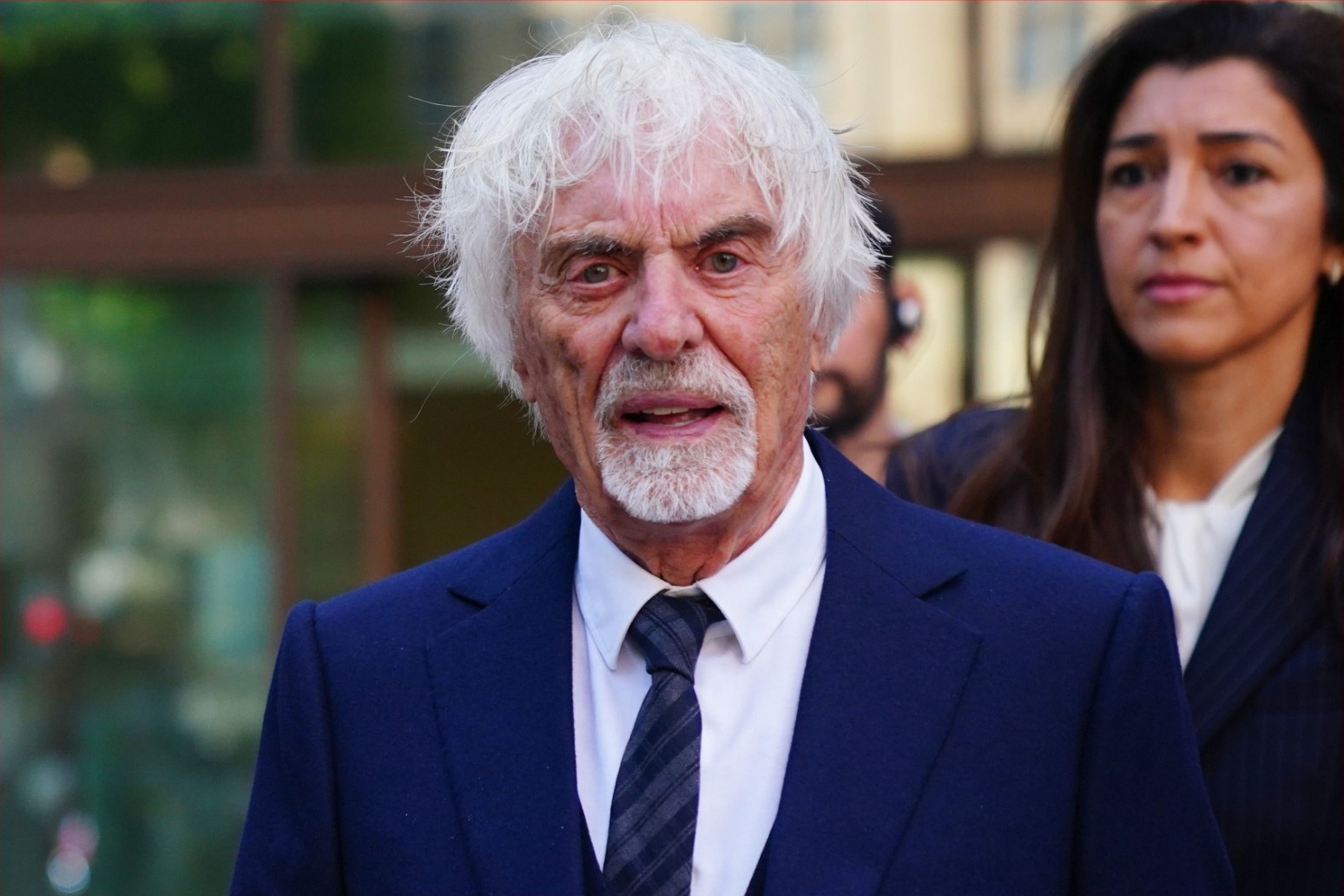 Former Formula One boss Bernie Ecclestone has denied fraud over an alleged failure to declare to the Government more than £400 million in a trust in Singapore.

The 91-year-old was charged after a probe by HM Revenue and Customs (HMRC), which would have allowed the business magnate to draw a line under any previous tax irregularities, Westminster Magistrates’ Court heard.

He is accused of failing to declare a trust in Singapore with a bank account containing around 650 million US dollars.

The billionaire was met by photographers and camera operators, who had been warned by police not to mob him because of his age, as he entered court on Monday morning.

His white Range Rover, with a personalised number plate, passed three times before the business magnate left the vehicle dressed in a dark three-piece suit, white shirt and dark tie.

Ecclestone was escorted through the building’s exit by court security along with his legal team.

Chief Magistrate Paul Goldspring allowed him to stand outside the dock after his barrister, Clare Montgomery QC, said her client was “having a little bit of trouble hearing”.

Ecclestone stood to confirm his name and address in Knightsbridge, central London, before indicating a not guilty plea to a charge of fraud by false representation between July 13 2013 and October 5 2016.

Prosecutor Robert Simpson told the court: “This charge arises out of a Revenue and Customs (HMRC) investigation into Mr Ecclestone’s finances.

“This would have allowed him to enter into a structural disclosure facility which would’ve drawn a line under any previous tax irregularities.

“During the course of that investigation he was asked about any trusts placed abroad that he was involved with.

“The Crown has based this charge on the basis he failed to declare a trust in Singapore with a bank account containing approximately 650 million US dollars.”

Ecclestone was granted unconditional bail ahead of his next appearance at Southwark Crown Court on September 19 during the hearing, which lasted around five minutes.

The judge told him: “Given the value of the alleged fraud, if convicted, this court would not have sufficient sentencing powers.”

According to the charge, the business magnate allegedly claimed that he had “established only a single trust, that being one in favour of your daughters”.

He is also alleged to have said “other than the trust established for your daughters you were not the settlor nor beneficiary of any trust in or outside the UK”.

Ecclestone, who has three grown-up daughters – Deborah, 67, Tamara, 38, and Petra, 33 – and a young son, Ace, allegedly made the representations “intending to make a gain, namely not stated, for yourself”.

The charge against the billionaire was authorised by the Crown Prosecution Service (CPS) last month following an investigation by HMRC, which said the probe had been “complex and worldwide”.

Chief Crown Prosecutor Andrew Penhale said at the time: “The CPS has reviewed a file of evidence from HMRC and has authorised a charge against Bernard Ecclestone of fraud by false representation in respect of his failure to declare to HMRC the existence of assets held overseas believed to be worth in excess of £400 million.”