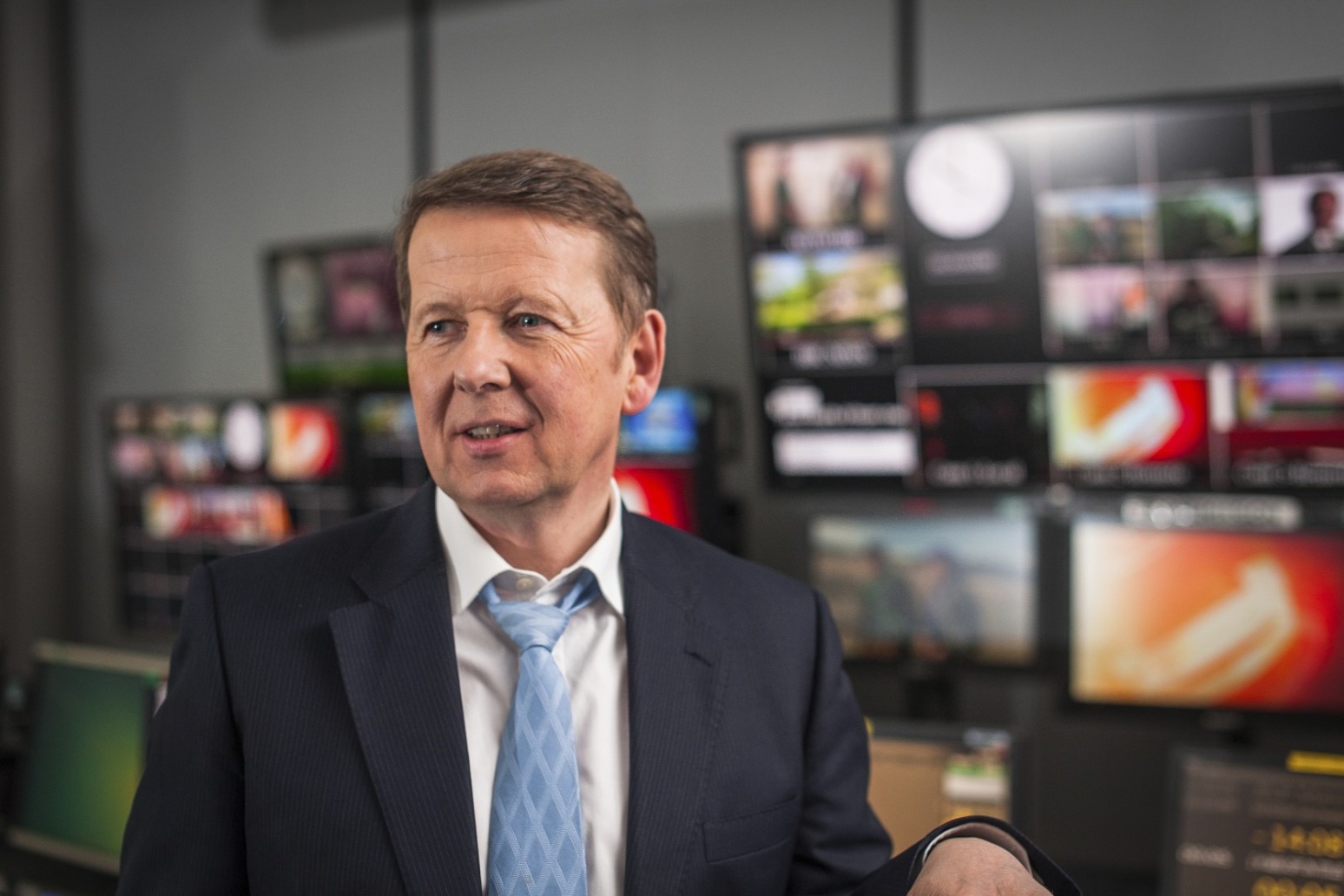 Bill Turnbull “lived by high standards” and “encouraged those who worked with him to do the same”, his former BBC Breakfast copresenter Louise Minchin said.

Minchin said Turnbull had made her laugh every day “without fail” with his “wicked, naughty sense of humour” which she described as “infectious”.

The broadcaster died “peacefully” at home in Suffolk on Wednesday, age 66, after a “challenging and committed fight against prostate cancer”, his family said.

He had been diagnosed with the disease in November 2017.

Turnbull, who appeared on BBC Breakfast from 2001 until 2016, revealed the diagnosis in March 2018 and detailed his treatment in a Channel 4 documentary called Staying Alive.

He was remembered as the “kindest, funniest, most generous man” by former colleagues, following the news.

Current BBC Breakfast presenters Charlie Stayt and Naga Munchetty paid an emotional tribute to him after his death was announced live on air on Thursday morning.

Writing in The Sun newspaper, Minchin, who presented the show with Turnbull for several years, said she had spent “many happy hours” sitting beside him on the famous sofa.

“Every day we did that, without fail, he made me laugh,” she wrote.

“He had a wicked, naughty sense of humour which was infectious, and the audience and the programme team loved him for it.

“As well as being great fun, he was a talented, insightful and rigorous journalist with a sharp eye for detail.

“Sitting beside him on those early mornings, I always felt I was in safe hands, and I know the viewers did, too.

“He lived by high standards and expected and encouraged those of us who worked with him to do the same.”

Minchin added that Turnbull had been generous with his time “both inside and outside work” and that his “wise words” had been appreciated by all.

During the emotional announcement of his death, Stayt and Munchetty remembered their predecessor on the BBC One show as “our friend and former colleague” and an “amazing” journalist with a “wise head”.

Addressing viewers at the end of the show, Stayt said: “He didn’t take himself too seriously when he sat here, which is a great combination.”

Munchetty added: “Of course all of us here are sending love and support to Bill’s family, to Sesi his wife, and I think today after we get over the shock of this, we will start remembering the really funny things that Bill did.”

Other prominent BBC presenters and journalists including Nick Robinson, Mishal Husain, Susanna Reid and Dan Walker all shared their own tributes to Turnbull online.

Turnbull’s family praised the treatment he received at the Royal Marsden and Ipswich hospitals, St Elizabeth Hospice and from his GP.

They added: “He was resolutely positive and was hugely buoyed by the support he received from friends, colleagues, and messages from people wishing him luck. It was a great comfort to Bill that so many more men are now testing earlier for this disease.

“Bill will be remembered by many as a remarkable broadcaster who brought warmth and humour into people’s homes on BBC Breakfast and Classic FM.

Turnbull started his broadcast career at Radio Clyde in Scotland in 1978, joining the BBC as a reporter for the Today programme in 1986 before becoming a reporter for BBC’s Breakfast Time two years later.

In 1990, Turnbull became a correspondent for BBC News and reported from more than 30 countries, with notable stories he covered including the Monica Lewinsky scandal and the OJ Simpson trial.

After moving back to the UK, he became one of the main presenters on BBC News 24, as it was then called.

He joined BBC Breakfast in 2001 as a presenter alongside Sian Williams and they worked together until 2012 when she departed after the programme moved from London to Salford.

He made numerous television appearances outside of BBC Breakfast, including as the presenter on BBC One’s Songs Of Praise.

Other TV appearances included on Strictly Come Dancing, ITV’s Who Wants To Be A Millionaire? and Through The Keyhole; the BBC’s Celebrity Mastermind, Would I Lie To You?, Pointless Celebrities and Room 101, and he also featured in dictionary corner on Channel 4′s Countdown.

In 2011 he played himself in the Doctor Who episode The Wedding Of River Song.

He is survived by his wife Sesi, who he married in March 1988, and their three children.