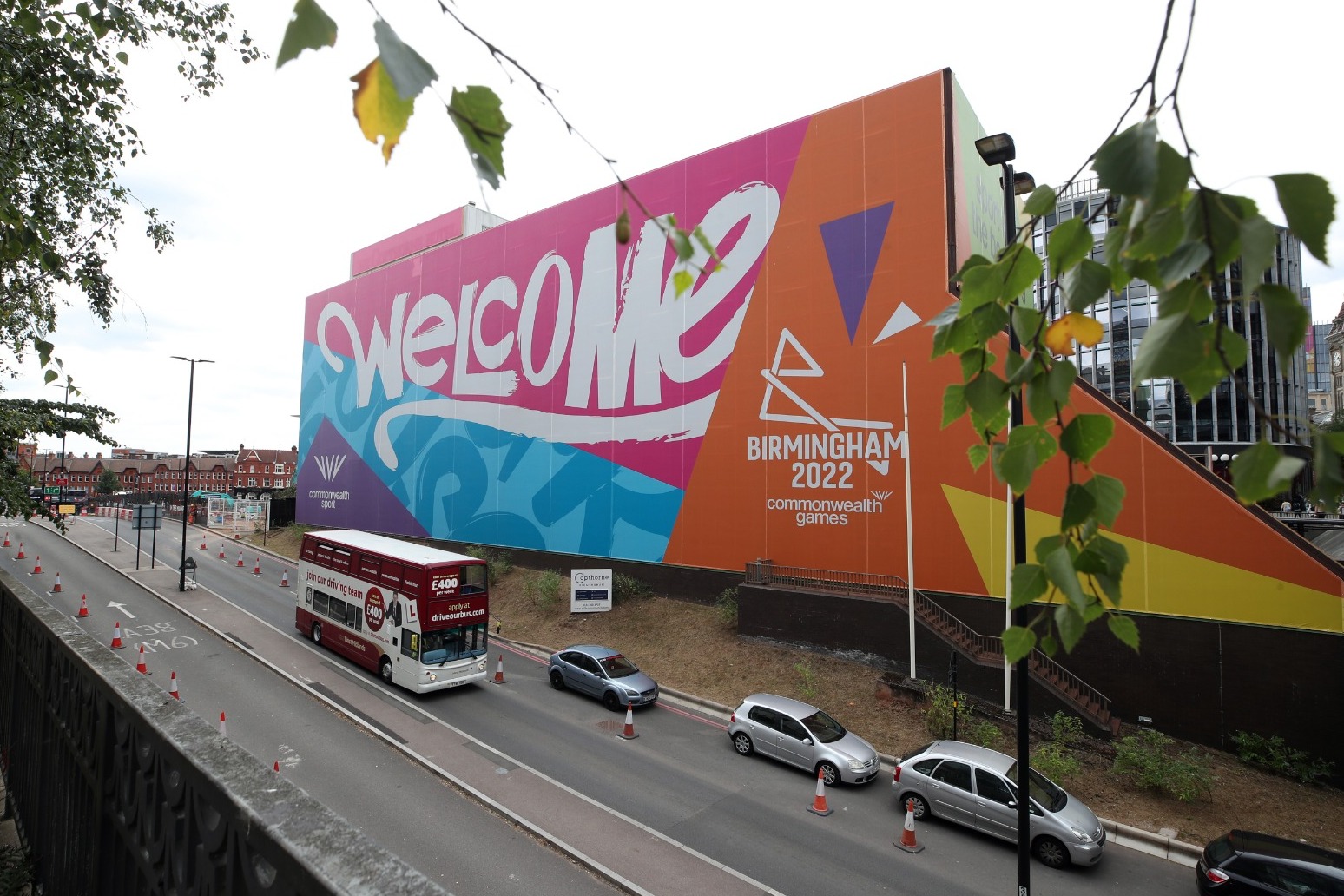 The 22nd Commonwealth Games will start in Birmingham later on Thursday.

The opening ceremony begins at 8pm at the Alexander Stadium and will be attended by the Prince of Wales.

It comes almost 10 years to the day since the critically-acclaimed opening ceremony of the London 2012 Olympics.

Joining the leading lights of England, Australia and Canada will be lesser-known federations such as Norfolk Island, which will be represented in the second city by 14 lawn bowlers.

Saint Helena is sending a 14-strong team comprising athletes, swimmers and a badminton player while Niue has a team of 15 who will compete in boxing, bowls and weightlifting.

Diver Jack Laugher and weightlifter Emily Campbell will be the flagbearers for Team England.

However, the host nation’s medal hopes were dealt a blow on Wednesday when sprinter Dina Asher-Smith withdrew from the Games.

Asher-Smith had broken her British record to finish fourth in the World 100m final last week and won a bronze medal in the 200m.

But the 26-year-old pulled up during the 4x100m relay with a hamstring injury which has forced her to miss out.

Local government officials hope Birmingham 2022 can be the catalyst to attract other major sporting events to the city and the West Midlands over the next decade, including a potential bid for the World Athletics Championships.

The potential return of the Olympic Games to the UK in 2036 or 2040 has also been the subject of increasing discussion in recent weeks, with the Mayor of London Sadiq Khan keen to bring the event back to the capital after it hosted in 2012.

Birmingham City Council Leader Ian Ward was asked whether the city would be interested in a future Olympic bid, and said: “I wouldn’t ever rule anything out.

“But if you look at the requirements for an Olympic Games, we’d have to have significant infrastructure investment in the city and the wider region to put us in a position where we could compete in such a bid.

“If the Government are wanting to move a bid forward in the future, we will of course engage with them. And if they’re willing to help us make that investment, then we’d be delighted to put forward a future bid.”

Birmingham and the West Midlands’ aim is to make the area a venue of choice for international sports federations and to secure a minimum of eight major international events between this year and 2027.

The city will host the World Trampolining Championships and the International Blind Sport World Games next year, and will find out later this year whether a bid to stage the 2026 European Athletics Championships has been successful.

Ward added: “I’d very much like us to end the golden decade (of hosting events) with the possibility of bringing the World Athletics Championships to the city, but we’ll have to see where we go.

“We have ongoing conversations with World Athletics about what the options are. Our ambition, as set out in our strategy, is to be a global sporting city by the end of this decade.”