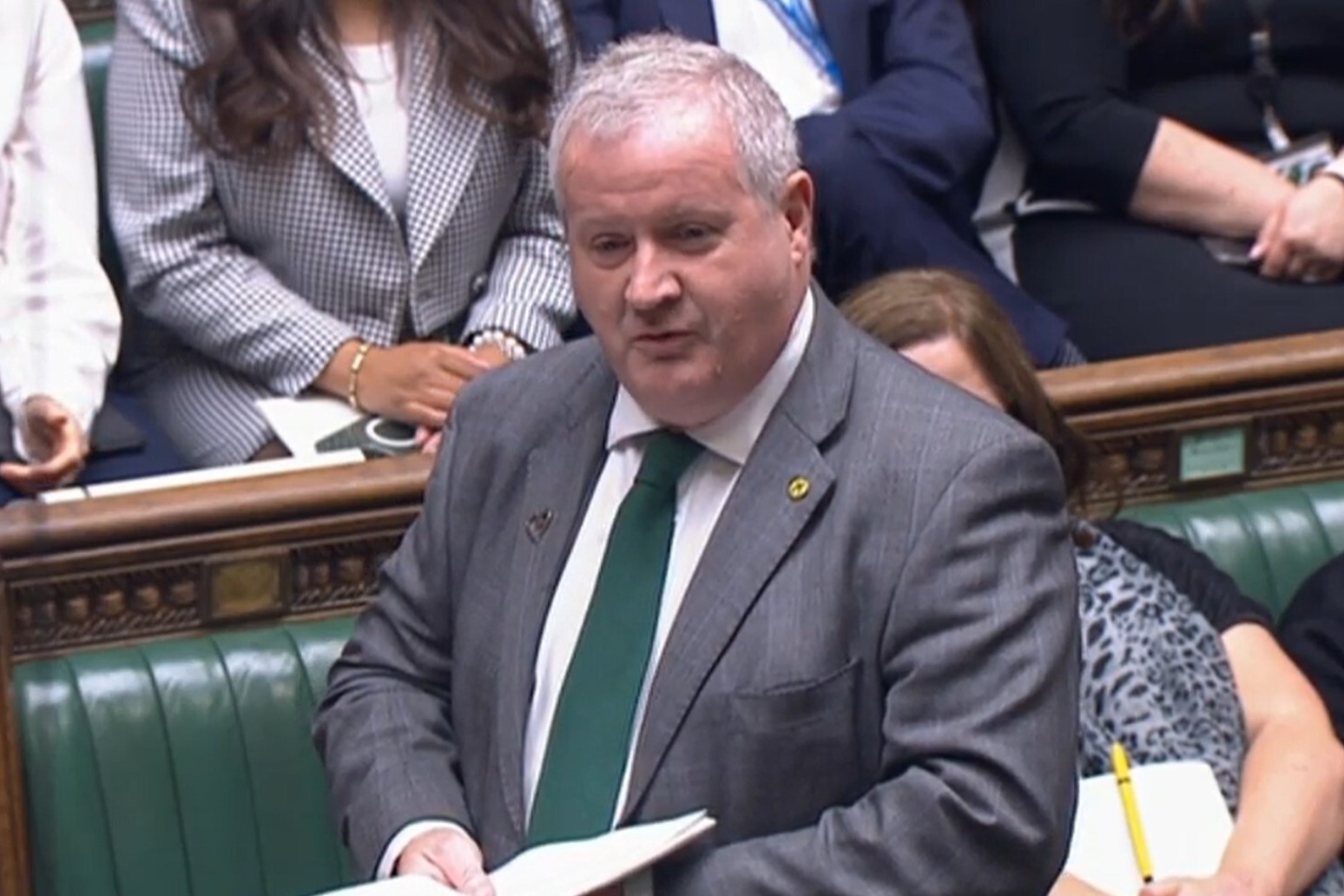 Boris Johnson was branded a dead parrot as the SNP challenged him to step down or call a general election.

Speaking at Prime Minister’s Questions, SNP Westminster leader Ian Blackford told Mr Johnson “it really is over”, after a damaging 24 hours that has seen a string of Government resignations.

Mr Blackford said: “A few weeks ago I compared the Prime Minister to Monty Python’s Black Knight, actually turns out I was wrong. He’s actually the dead parrot.

“Whether he knows it or not, he’s now an ex-prime minister.”

The dead parrot Monty Python sketch sees a customer try to return a clearly-dead parrot to a pet shop, only for the shopkeeper to refuse to accept the parrot is dead as the situation becomes increasingly farcical.

Mr Blackford went on: “But he will leave behind two deeply damaging legacies. I hope the dishonesty of his leadership follows him out of the Downing Street door.

“But the other legacy is that of Brexit, and that will stay, because I’m sad to say that the Labour Party now fully supports (Brexit).

“Scotland wants a different future, not just a different prime minister. So if the Prime Minister won’t resign, will he call a general election and allow Scotland the choice of an independent future free from the control of Westminster?”

Mr Johnson responded: “I notice that his remark that the Labour Party have given up on returning to the European Union was not greeted with rapture by the benches opposite, and that’s because it’s not true. They want to go back in just as he does. I think that is a terrible mistake. It would be anti-democratic.

Asking his first question, Mr Blackford said: “He really ought to see the faces behind him because, Prime Minister, it really is over.

“The Prime Minister is desperately clinging on to his own fantasy. But the public can’t afford to put up with this farce of a Government a minute longer.

“Today we should be talking about the Tory cost-of-living crisis, soaring inflation and the growing cost of Brexit. But, instead, it’s always about him. How many more ministers need to quit before he finally picks up his pen and writes his own resignation letter?”

The Prime Minister said he thought the question was “excellent when he was talking about the economy because that is the issue that the country faces”.

He added: “That is where this Government is introducing, I think, the most important (solutions), helping … families up and down the country with £1,200 going into their bank accounts right now, cutting taxes for 30 million people, £330 tax cut, and helping half-a-million people into work through the way to work scheme.

“That is a fantastic thing to be getting on and doing. That is the priority of this Government and that’s what I’m going to focus on. I’m glad he likes it.”

Mr Blackford responded, saying: “My goodness, nothing to see, we should all move on if we live in the world of the Prime Minister.”