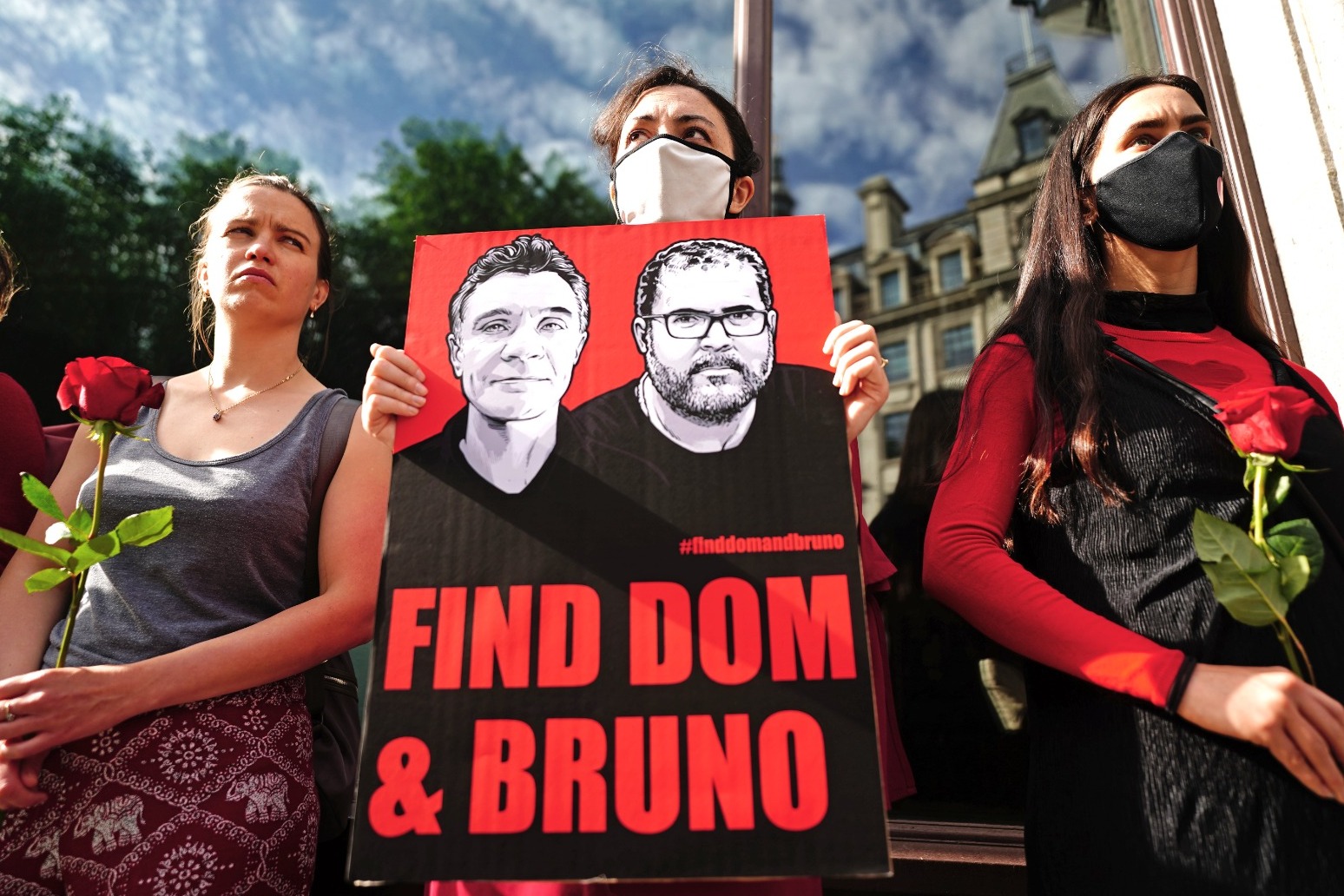 Two bodies believed to be those of British journalist Dom Phillips and Brazilian indigenous expert Bruno Pereira have been discovered in the Amazon, according to the Guardian and local media.

Paul Sherwood, Mr Phillips’ brother-in-law, said his family had been informed by the Brazilian ambassador to the UK that the bodies had been found tied to a tree.

Mr Phillips, 57, and Mr Pereira, 41, vanished from a remote part of the Amazon last week and are believed to have last been seen early on Sunday June 5 in the Sao Rafael community.

Mr Sherwood said his family received a call from the Brazilian ambassador early on Monday.

He told the Guardian: “He said he wanted us to know that … they had found two bodies.

“He didn’t describe the location and just said it was in the rainforest and he said they were tied to a tree and they hadn’t been identified yet.

“He said that when it was light, or when it was possible, they would do an identification.”

It comes after Brazilian Federal Police said they had found personal items belonging to the two men.

On Saturday, reports emerged that police had discovered human matter in the Itaquai River, near Atalaia do Norte’s port.

Authorities previously said blood found on a suspect’s boat had been sent for analysis.

Amarildo da Costa de Oliveira, 41, also known as Pelado, was earlier named as a suspect and arrested for allegedly carrying a firearm without a permit, a common practice in the region.

Police did not clarify why he was being treated as a suspect but he is thought to have been among a group of men who threatened the missing men near an indigenous territory on Saturday June 4.

A GoFundMe set up by friends of the men passed its 20,000 dollar goal early on Monday.