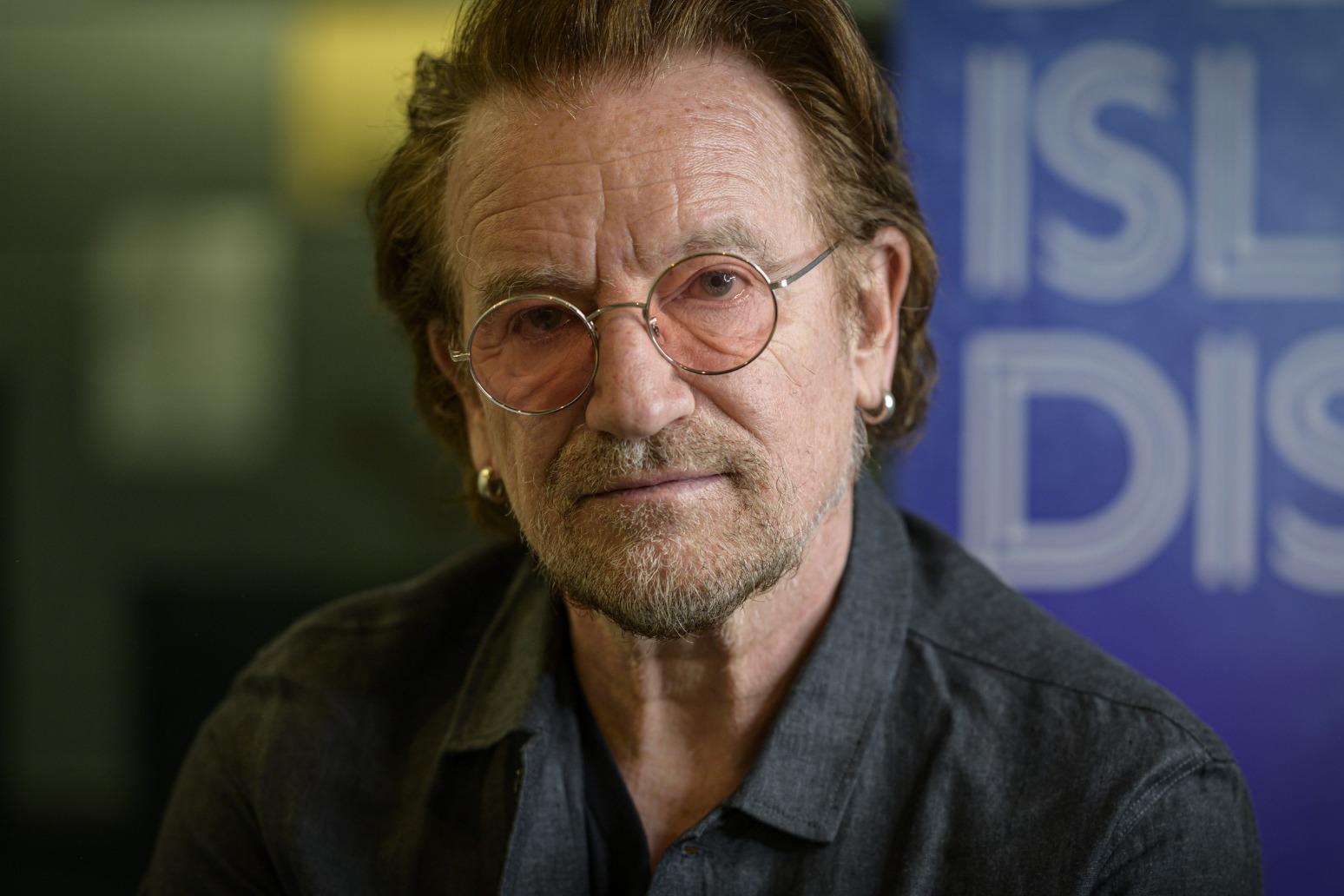 U2 frontman Bono has urged the UK to start leading the world again after claiming the Government has been overtaken by “free market fundamentalists”.

He praised the work of the Department for International Development (DfID), which was scrapped by then prime minister Boris Johnson in 2020, and said Britain needs to return to “leading”.

“I think the Government has been overtaken by free market fundamentalists who don’t understand the fundamentals of the free market,” Bono said.

“Might I say, we’ve had four members of U2 in 40 years and you’ve had four chancellors in four months.

“Might I say again that we need you, we really need the UK.

“You led the world, and not just the Blair-Brown years, but Cameron came in, and there was the standing by of people in the developing world who are fighting for their dignity, fighting for education, fighting for health.

“Great Britain was right there, everybody knew it.”

Bono praised the DfID but said it failed to promote the work it was doing globally.

“I do remember saying to whoever it was at the time – I think it was David Cameron – paint the Union Jack, who knows what DfID is?” Bono said.

“I was having a piss in a ghetto, and it said ‘Toilets provided by DfID’. I knew what DfID was – the best development agency in the whole world.

“Nobody knew it was British taxpayers paying for this and it was fantastic.

“Now they have closed DfID down, these other kinds of Conservatives, and it’s your country and you can do what you want with it, but we loved when you were leading.

“Conservativism is going through its own crisis at the moment.

“Lenin said ‘There are decades where nothing happens, and there are weeks where decades happen’, but you seem to be having one in the UK.”

The singer, real name Paul Hewson, was speaking at the Cheltenham Literature Festival to promote his new book, Surrender: 40 Songs, One Story, which is published next month.

U2 have become one of the world’s most influential rock bands, having been founded by Bono, The Edge, Adam Clayton and Larry Mullen Jr while they were at school in Dublin.

Bono has spent more than 20 years dedicated to the fight against Aids and poverty, having been involved in the Jubilee 2000’s Drop The Debt campaign and co-founding sister organisations ONE and (RED).

He has lobbied US presidents, UK prime ministers and other global leaders to further his campaigns.

“It wasn’t all presidents – there were lots of chiefs of staff, regular lawmakers,” he said.

“I’m just strategic, I knew they were the decision-makers, so I wanted to find out where they drank on Friday night and that would be there.

“They would tell their boss, the senator ‘He’s very good, this Irish fella’.

“I just got to know these people I would never ever meet in a million years coming from where I came from.

“I learned stuff from them, I really did. I was appalled sometimes by some of these people. More often or not I found they lost their idealism.

“And I would always say to politicians that I’m doing what I love, I’m over-regarded, over-rewarded.

“These people work really hard, most of them so much less than I do, and if it’s in the US they spend half their time at home in their constituencies, half the time away from their families.

“George W Bush launched the greatest health intervention to fight a single disease in the history of medicine and I was part of that, and it was to fight Aids, as a Conservative.”