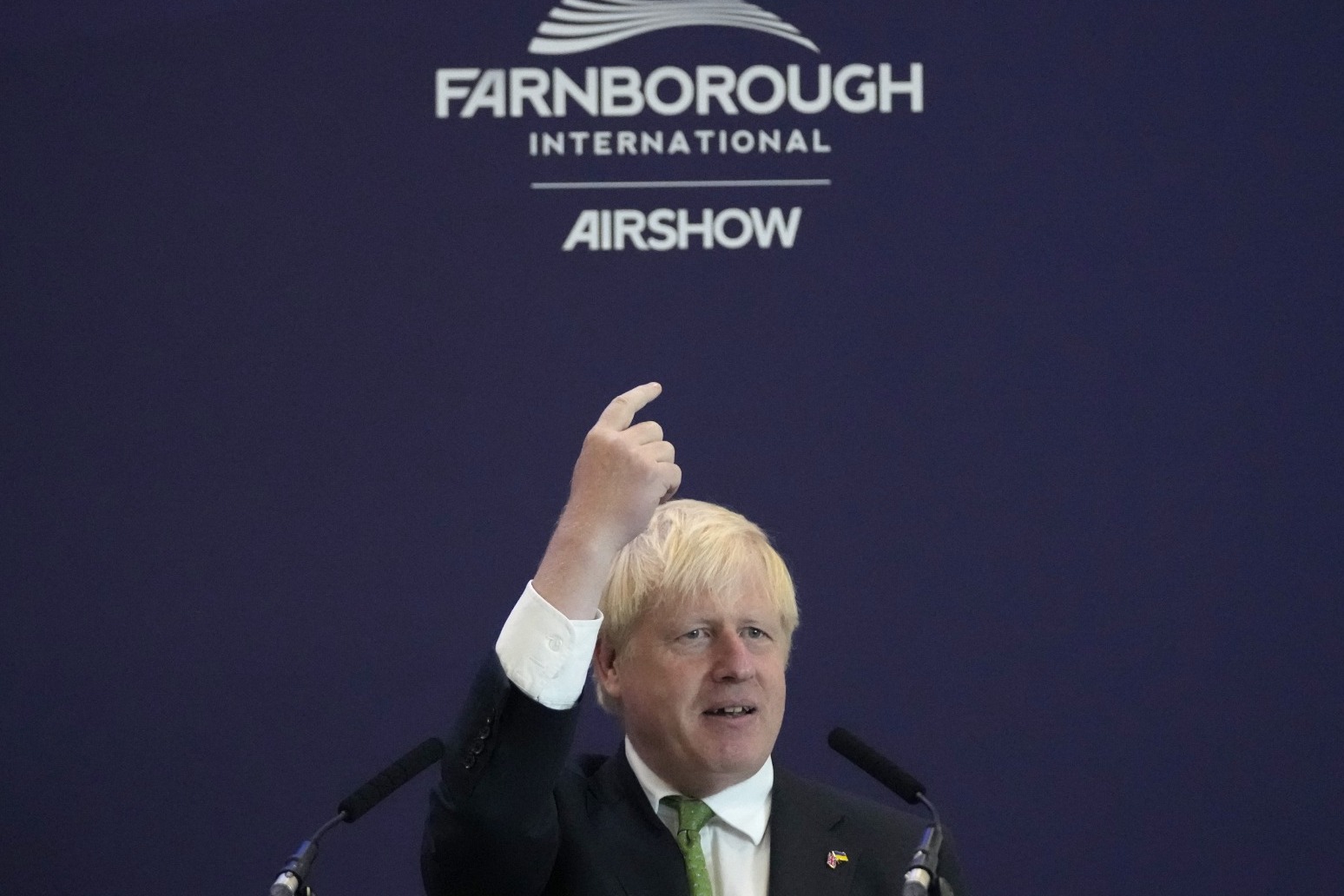 Boris Johnson has arrived at Farnborough Air Show in one of his final public appearances as Prime Minister.

He is meeting some of the 1,500 exhibitors at one of the world’s biggest aerospace and defence trade shows, which opened in Hampshire today.

In a speech, Mr Johnson said: “I’m glad that I finally made it to Farnborough, this famous air show, in the climactic weeks of my time as Prime Minister.”

He will also view an electric vertical take-off and landing aircraft.

The event usually takes place every two years, but the coronavirus pandemic means this is the first time it has been held since 2018.

Deals worth a total of £161 billion (192 billion US dollars) were agreed at the last show, according to organisers.

More than 80,000 visitors from 96 countries are expected to attend this week’s five-day event.

Much of the focus will be on commercial manufacturing giants Airbus and Boeing.

Mr Johnson is at Farnborough at a time when he is facing criticism for not leading Cobra meetings being held in response to extreme temperatures.

The Prime Minister is set to leave office in September following the election of a new Tory leader.

The House of Commons’ summer recess begins on Friday.