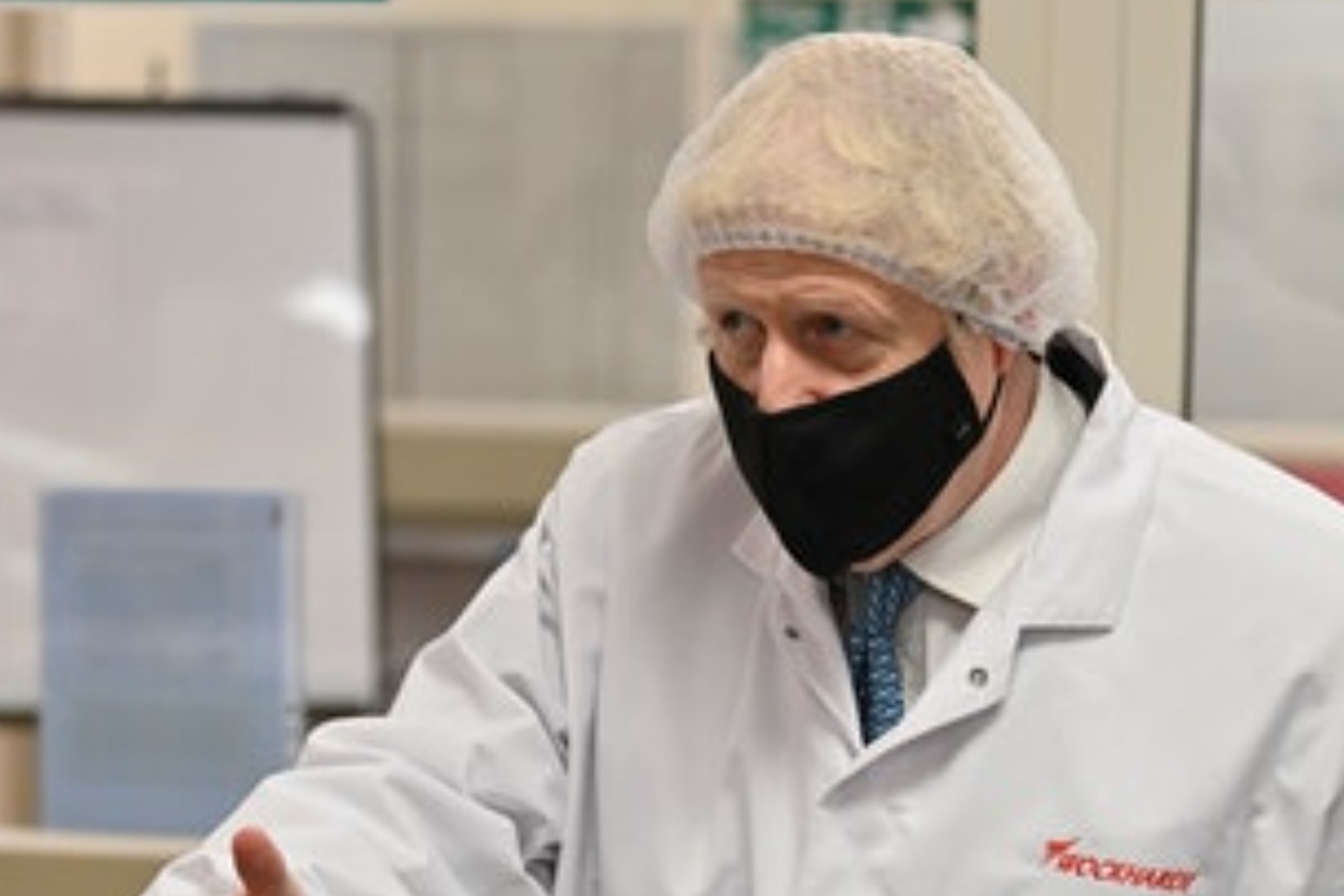 The Prime Minister is braced for a damaging Tory rebellion as MPs vote on a new toughened system of tiered coronavirus controls for England. The Government is expected to win today’s Commons vote on the new rules – which are due to come into effect the following day – after Labour said it would abstain.

Sir Keir Starmer – who has previously backed Government measures – said while his party had “serious misgivings” it would not be in the national interest to vote them down when the virus still posed a “serious risk”.

However, with scores of Conservative MPs deeply unhappy at the extent of the restrictions, the vote is likely to throw Tory divisions into sharp relief.

Many backbenchers are furious their constituencies face stricter controls than before the latest lockdown which ends on Wednesday.

At a No 10 news conference on Monday, Health Secretary Matt Hancock said he hoped some areas could be moved into lower tiers when the restrictions come up for their first fortnightly review on December 16.

But scientists advising the Government have made clear they see little scope for any widespread easing before Christmas.

It could mean most areas of England will go into the new year in one of the toughest two tiers with a ban on households mixing indoors and strict controls on the hospitality sector.

Only the Isle of Wight, Cornwall and the Isles of Scilly have been designated for the lightest Tier 1 restrictions.

Meanwhile, the Government said a rapid coronavirus test that gives results in 20 minutes has been confirmed as having high sensitivity to the virus.

An evaluation carried out by NHS trusts and universities found the OptiGene RT-Lamp test to be effective in identifying infectious cases, including for people not displaying symptoms, in contrast to a report by the Guardian earlier this month claiming the test identified only 46.7% of infections during a trial in Manchester and Salford.

It comes as the head of operations for the mass community testing programme, General Sir Gordon Messenger, said the scheme may not be able to reach areas in Tier 3 until “January and beyond”.

The Government said a further 205 people had died within 28 days of testing positive for Covid-19 as of Monday, bringing the UK total to 58,448.

On Monday the Government published its promised impact assessment of the health, economic, and social effects of the pandemic and its tiered approach.

But while it acknowledged there would be “significant costs” to individuals, society and the economy, it said the consequences for public health in allowing the virus to run unchecked would be “much worse”.

It said that without strong measures in place, the R number – the rate of reproduction of the virus – was likely to rise significantly above 1, leaving the NHS unable to cope.

However Mark Harper, chairman of the Covid Research Group of Tory MPs opposed to tougher restrictions, said the document acknowledged the “precise size and duration” of any breach in the capacity of the NHS to cope was “not possible to predict”.

There was frustration among MPs that the analysis did not include a detailed breakdown of the effects of the measures on different sectors of the economy – particularly hospitality, which has been among the hardest hit.

Some relief was offered for drinkers hoping to get around restrictions in Tier 2, with Cabinet minister George Eustice saying that ordering a Scotch egg with a pint would constitute a “substantial meal” under the rules which will only allow alcohol to be served with food in Tier 2 areas from Wednesday.

And the minister responsible for the rollout of a vaccine said it would be not be compulsory to receive an injection but pubs and restaurants could demand to know if a customer has received a coronavirus jab before permitting entry.

Asked whether people who get the Covid-19 jab will receive some kind of “immunity passport” to show they have been vaccinated, Nadhim Zahawi told the BBC: “We are looking at the technology.

“I think you’ll probably find that restaurants and bars and cinemas and other venues, sports venues, will probably also use that system – as they have done with the (test and trace) app.”

Such a regime could result in people without the vaccine facing severe restrictions.

Mr Zahawi said: “I think people have to make a decision.

“But I think you’ll probably find many service providers will want to engage with this in the way they did with the app.”