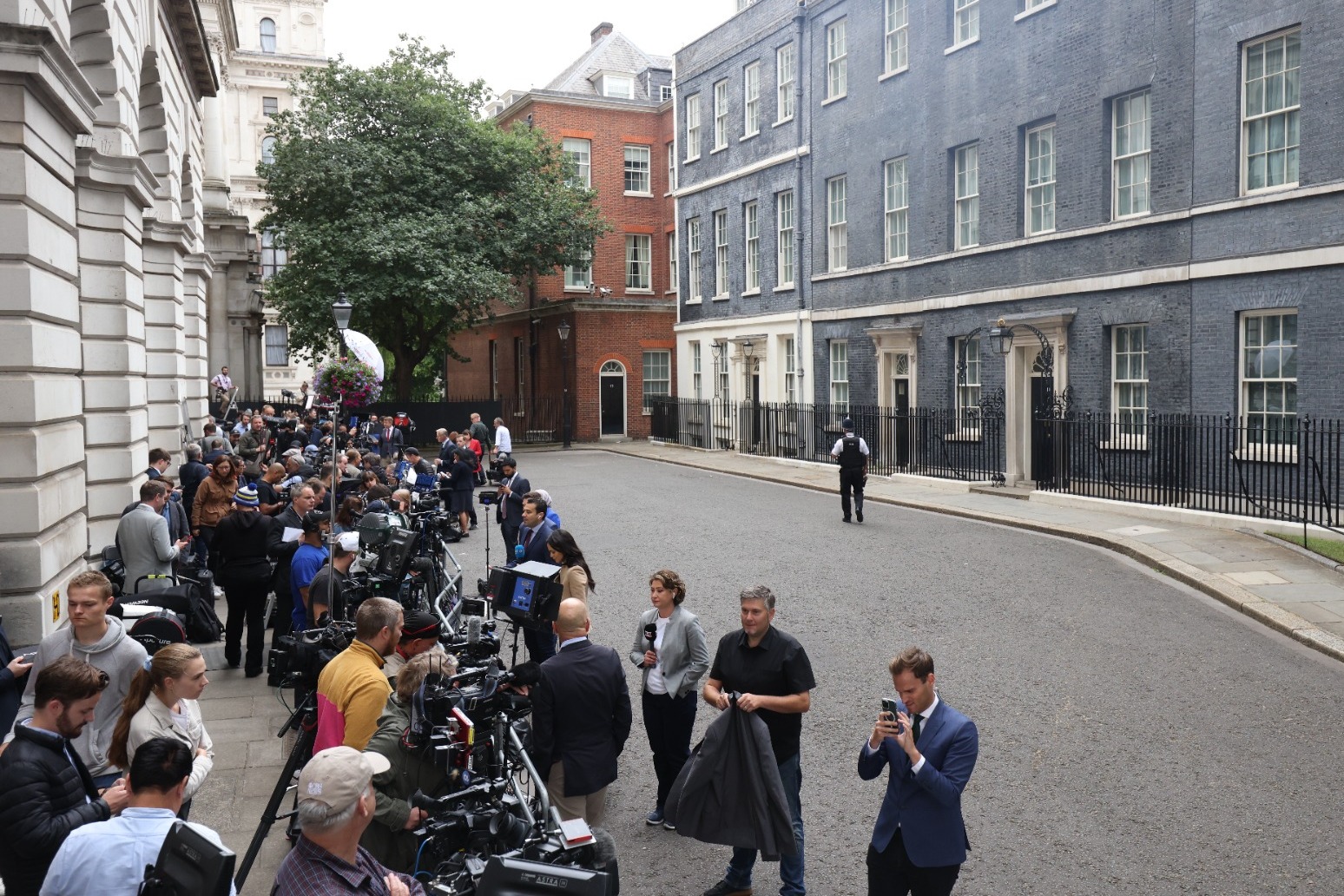 Business Secretary Kwasi Kwarteng has suggested he does not want Boris Johnson to stay until October, saying a new leader is needed “as soon as practicable”.

He tweeted: “What a depressing state of affairs. So much needless damage caused.

“We now need a new leader as soon as practicable. Someone who can rebuild trust, heal the country, and set out a new, sensible and consistent economic approach to help families.

“I’m on Teesside today launching a £400m investment – a new offshore wind factory that will employ hundreds of local people.

“Westminster is a mess, but this investment – and those jobs – will outlast any PM. The wheels of Government must continue in the meantime.”

Veteran Tory MP David Davis has urged fellow MPs and former Government ministers to be cautious about seeking to quickly replace Boris Johnson as Prime Minister or to try block him from performing a caretaker role until a new Conservative leader is chosen.

The former Cabinet minister told BBC Radio 4’s Today programme: “My concern is not for Boris or even Boris’ views.

“My concern is to pick the most straightforward way through this change we have to do and every way we pick has got problems, but the one of waiting until you have got a new leader provides the least problems.”

The Foyle MP said: “Boris Johnson has debased the office he holds, he has fundamentally and indelibly damaged public confidence in politics and public life, and his death grip on power has prolonged a period of government that will be characterised by law-breaking, scandal and sleaze.

“He should now leave government immediately.

“While the failings of this Government have been aggravated by the tone, temperament and character of Boris Johnson, it runs far deeper.

“Those who have fled the sinking ship are incapable of putting the problems right, not least of all the approach to legacy and the protocol in Northern Ireland.

“This is a moment to bring an end to 12 years of Tory government.

“The current Tory administration has proven itself uniquely incapable of distinguishing between the public interest and their own narrow political interest, and their time in government is up.”

Speaking in the Commons, Labour shadow culture secretary Lucy Powell said there is “paralysis and a total collapse of Government” with “parliamentary business on hold”.

Speaking at Department for Digital, Culture, Media and Sport questions, Ms Powell said: “I’m not surprised at all to see the Secretary of State (Nadine Dorries) still in her place. I had no doubt whatsoever that she would be the last woman standing supporting the Prime Minister while all around her collapses, including her own ministerial team.

“I did wonder, though, whether by this morning not only would she hold all the ministerial offices in her own department, but several other Cabinet posts as well.”

Addressing gambling, she said: “We now know from the former gambling minister that the white paper is now with No 10 for sign-off. Well, good luck with that.

“We’ve also been promised the media Bill, the white paper on football regulation, a review of women’s football, a review on the future funding of the BBC and a data Bill all before the summer recess. How is that going?

“I think the truth is we’ve got chaos, paralysis and a total collapse of Government, with huge swatches of vacant ministerial posts and parliamentary business on hold.

“Isn’t the reality that it’s not just the Prime Minister who has lost the trust of the country, but the entire Conservative Party?”

Commons Speaker Sir Lindsay Hoyle said the question was supposed to be about the gambling review, and culture minister Nigel Huddleston said: “I appreciate her giving a comprehensive list of all the policy areas and manifesto commitments that this Government is committed to delivering on.”

Veteran Tory MP and former Brexit Secretary David Davis has said he is “not too bothered” about Boris Johnson possibly remaining as Prime Minister until later this year.

He told BBC Radio 4’s Today programme: “The simple truth, this is going to take a month or two.

“We’re hearing from people who were happy to be in Cabinet one week ago that we have now got to do this in five minutes flat.

“I’m not too bothered about the idea of Boris staying in place until we’ve got a new leadership.”