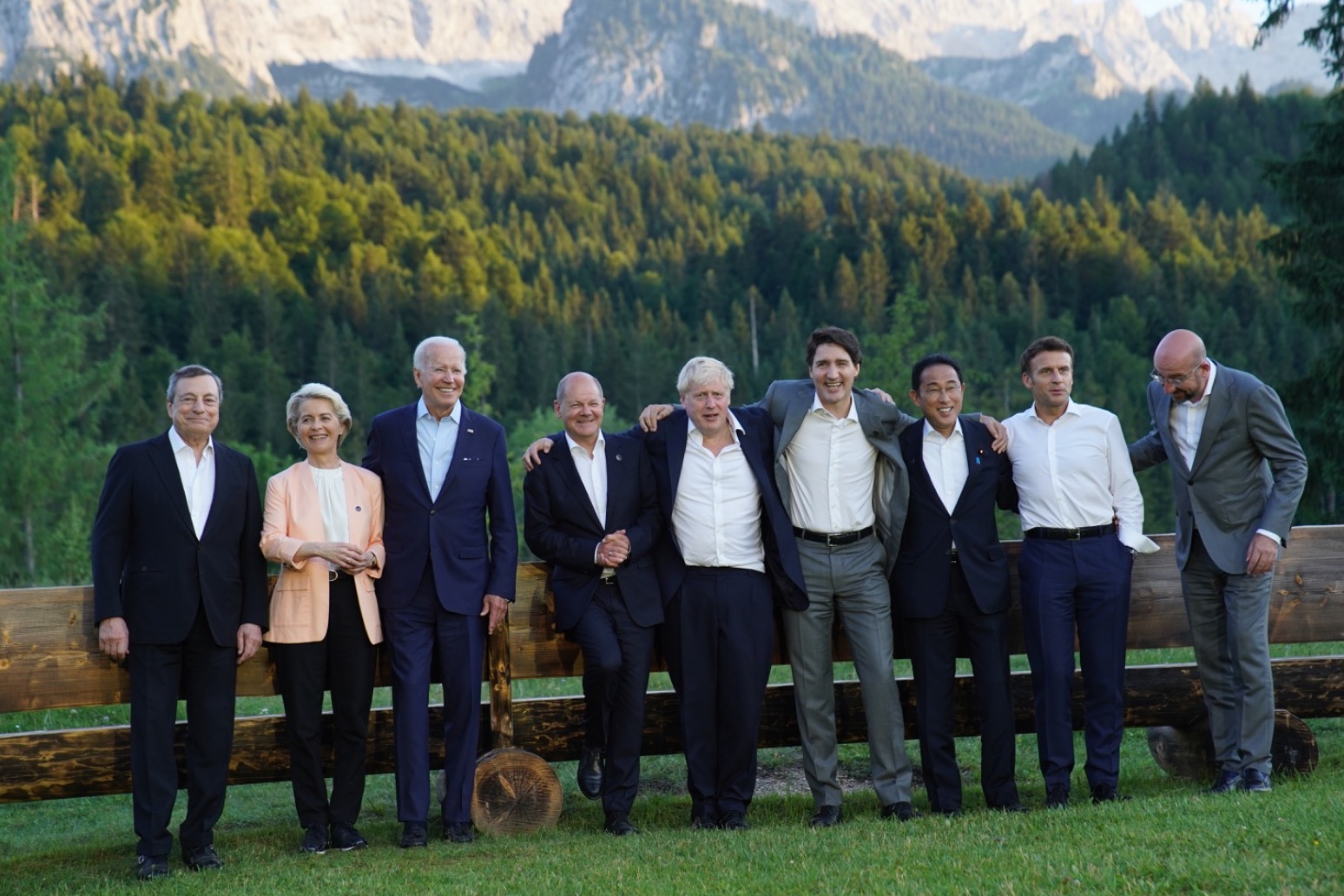 The Prime Minister met his counterparts at the summit in Germany

Boris Johnson has urged Western allies to stand firm over Ukraine as he sought to put his domestic political difficulties to one side.

The Prime Minister met counterparts at the G7 summit in Germany on the latest leg of a series of international summits which have kept him out of the UK as questions mount over his leadership.

Mr Johnson was at a Commonwealth meeting in Rwanda as the Conservatives learned they had lost the by-elections in Tiverton and Honiton and Wakefield, and he is not expected to return to the UK until after a Nato summit in Madrid concludes on Thursday, meaning his ability to reassure wavering MPs – or snuff out Westminster plots against him – will be diminished.

But he will hope appearing on an international stage, focusing on the biggest war in Europe since the defeat of the Nazis, will persuade doubters that it is not the right time to consider a change in leadership in the UK.

Amid speculation about the appetite of Western leaders to continue to support Ukraine during a prolonged conflict, Mr Johnson said Vladimir Putin must not be allowed to “hack” Russia’s neighbour apart with impunity.

Ahead of a meeting with French President Emmanuel Macron, Mr Johnson was asked whether France and Germany are doing enough over Ukraine.

The PM praised the Germans without mentioning France.

“Just look at what the Germans alone have done,” he said.

“I never believed in my lifetime that I would see a German chancellor stepping up in the way that Olaf Scholz has and sending weaponry to help the Ukrainians to protect themselves.

He said the Germans realise “the price of freedom is worth paying”, despite the domestic consequences.

Mr Johnson added: “The consequences of what’s happening for the world are tough, but the price of backing down, the price of allowing Putin to succeed, to hack off huge parts of Ukraine, to continue with his programme of conquest, that price will be far, far higher and everybody here understands that.”

In talks with Mr Macron, the Prime Minister “stressed any attempt to settle the conflict now will only cause enduring instability and give Putin licence to manipulate both sovereign countries and international markets in perpetuity”.

Earlier this month, Mr Macron insisted it would be for Ukraine to decide the terms of any peace negotiation with Mr Putin, having previously suggested Russia must not be humiliated.

In talks with Canada’s Justin Trudeau, Mr Johnson said: “Ukraine is on a knife-edge and we need to tip the balance of the war in their favour.

“That means providing Ukraine with the defensive capabilities, training and intelligence they need to repel the Russian advance.”

Ukraine’s president Volodymyr Zelensky will address the summit by video-link on Monday.

He said: “I will take part in the G7 summit on Monday. The Nato summit will take place next week.

“Forty-five missiles in half a day and just on the eve of such meetings. All clear. Another confirmation of our position.

“This confirms that sanctions packages against Russia are not enough, that Ukraine needs more armed assistance, and that air defence systems – the modern systems that our partners have – should be not in training areas or storage facilities, but in Ukraine, where they are now needed.”

While the G7 leaders met in the luxury Schloss Elmau hotel, their partners – including Carrie Johnson – were escorted on a hike around the picturesque Ferchensee lake.