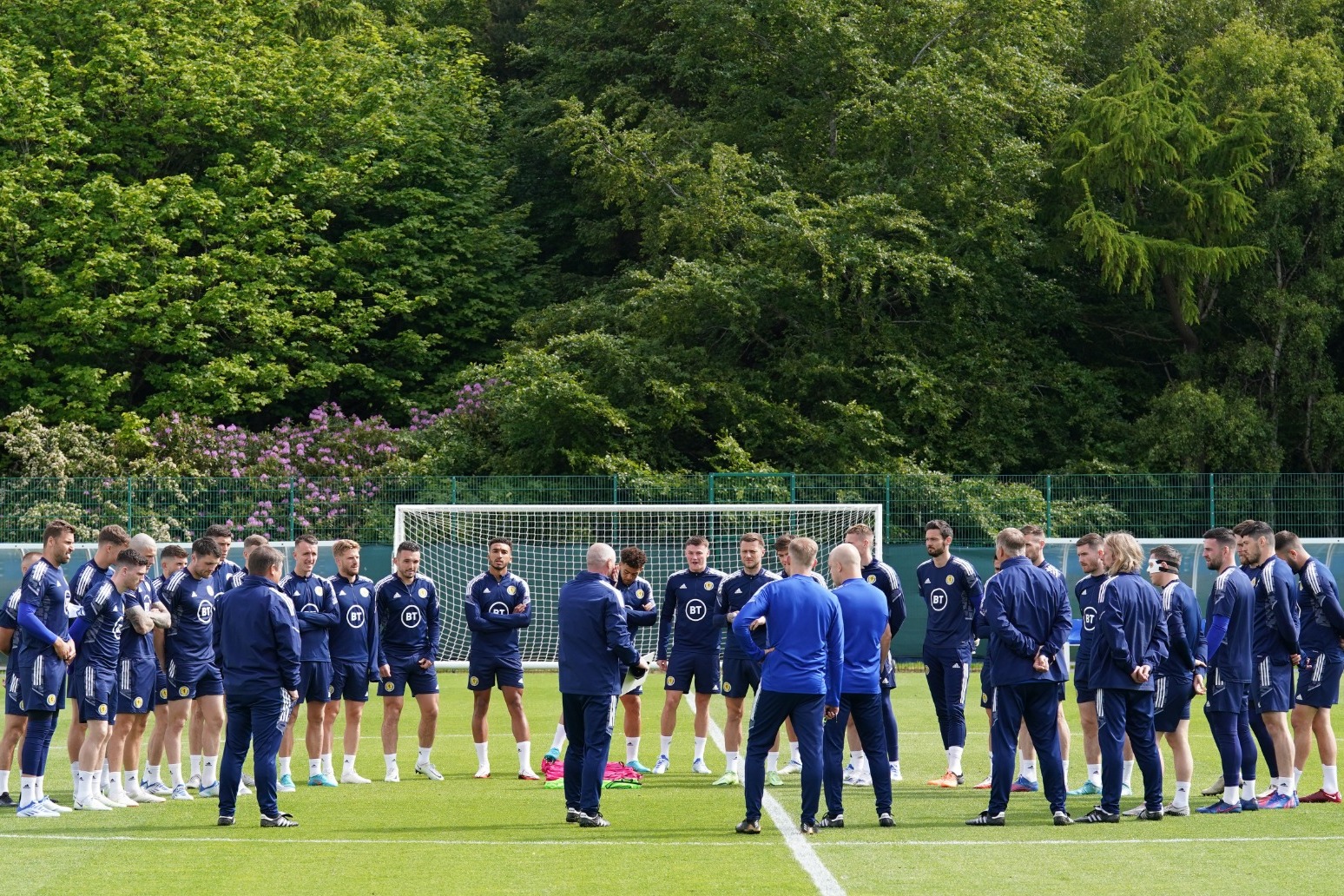 Steve Clarke is “desperate” to lead Scotland to the World Cup finals in Qatar as he acknowledged the devastating plight of play-off semi-final opponents Ukraine.

There will be extra focus on the match at Hampden Park on Wednesday night in light of Ukraine having been invaded by Russia in February, which caused the original fixture in March to be postponed.

The Scotland boss, who will be without Nathan Patterson after the Everton right-back ran out of time to prove his fitness, recognises the “incredible situation” the visitors find themselves in but is looking to take his side to the play-off final against Wales in Cardiff next Sunday and hopefully on to Qatar later in the year.

Clarke said: “Nothing but good thoughts for them and good wishes for them, except during the game.

“I said a long time ago that I hoped the game would go ahead in June because that will mean the situation in Ukraine will have improved.

“It hasn’t. We are still here.

“We always said we would be guided by the Ukrainians and if they felt the game should go ahead or not.

“They made the decision to take their players out of the country for a training camp because they want to play and try to give their nation a boost by qualifying for Qatar.

“The game goes ahead but still with the horrific outside influence but for us, we focus on the football.”

Clarke was asked about former Scotland skipper Graeme Souness saying he wanted Ukraine to win and then go on to win the World Cup.

He said: “I can’t put myself into anyone else’s mind, everyone has their opinion on the situation. Every opinion will be different.

“I focus on myself, I want to go to Qatar with Scotland and the players want to go as well so that is what I will focus on.”

Asked if there was any disappointment that a former Scotland captain would think that way, Clarke replied: “No, anyone can have their own opinion.”

The former Kilmarnock and West Brom boss believes there is a feelgood factor in the camp due to an eight-game unbeaten run.

He said: “Of course, we haven’t lost in eight games.

“The guys know when they turn up they are on a good run and they want to keep that run going for at least two more matches.

Clarke confirmed that Patterson is the only member of his squad unavailable.

The 20-year-old defender, who has struggled for game time at Goodison Park since moving from Rangers in January and had ankle surgery at the beginning of April, was given a couple of days training to prove his fitness.

Clarke said: “Nathan has run out of time a little bit for the first game. So Nathan won’t be involved in the first game, but everyone else is good to go.”