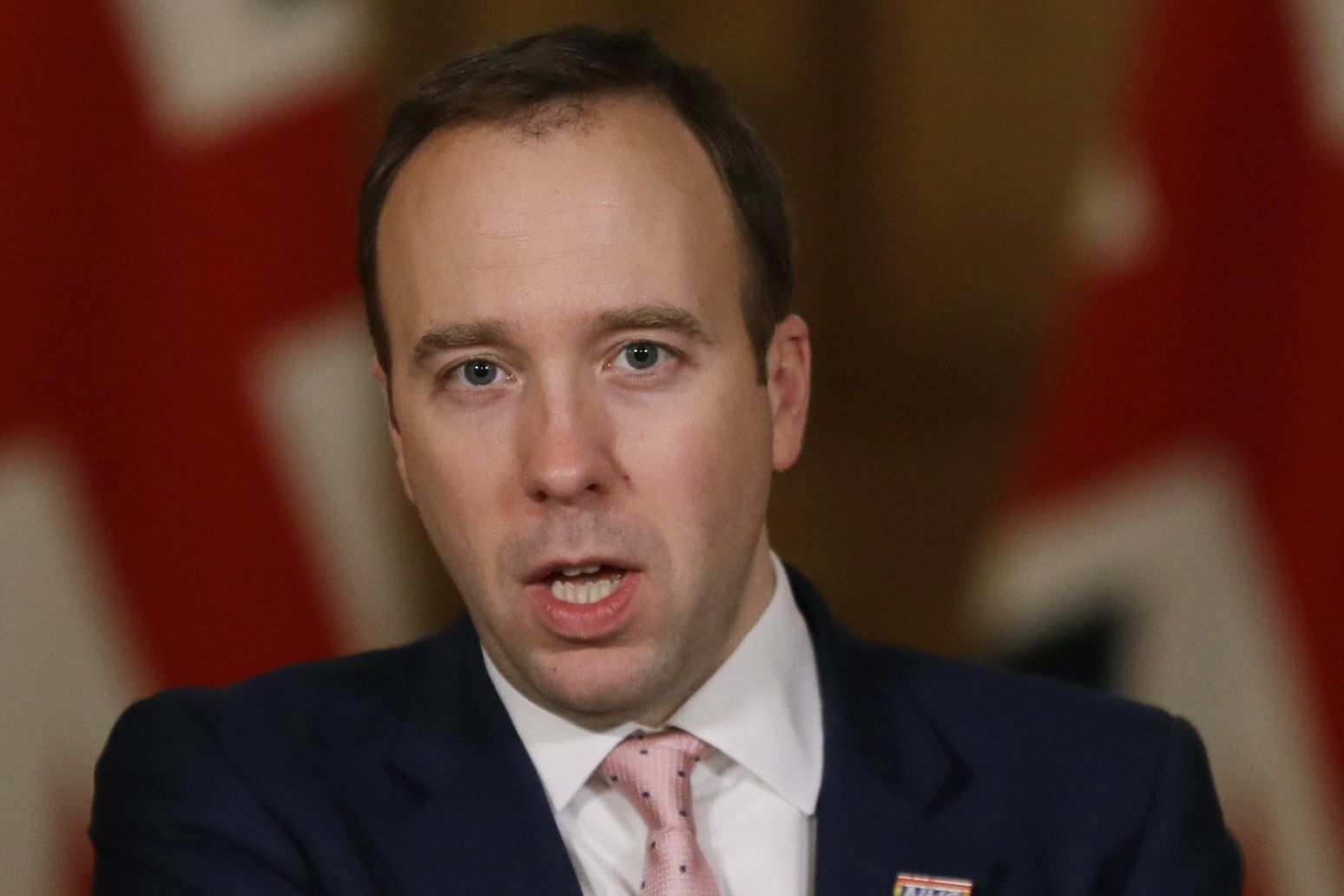 More than 40% of England’s population will be in lockdown from Boxing Day after a further six million people were placed under Tier 4 restrictions.

Health Secretary Matt Hancock said the variant coronavirus was spreading at a “dangerous rate” as he announced the measures, which include tough restrictions on mixing with people and the closure of non-essential shops.

He also said cases of another new mutant coronavirus linked to South Africa have been found in the UK and placed travel restrictions on the country.

The changes were made as Government figures showed a further 744 people were reported to have died within 28 days of testing positive for Covid-19, the highest such figure since April 29 during the first peak of the virus.