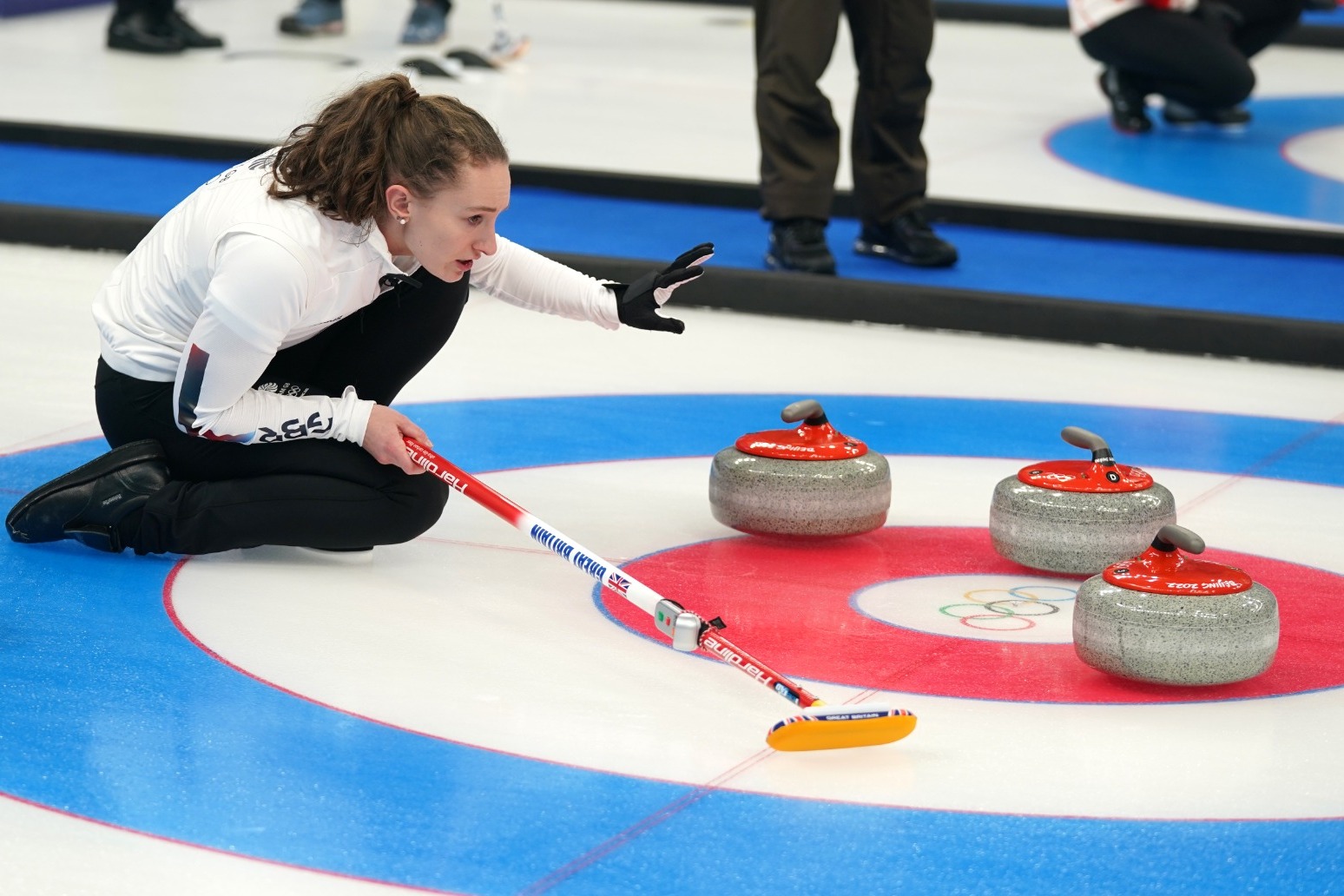 Great Britain’s mixed curling duo will fight for a place in the Olympic final in Beijing on Monday after confirming their place in the top four with one game of the round-robin phase to play.

Great Britain’s mixed curling duo will fight for a place in the Olympic final in Beijing on Monday after confirming their place in the top four with one game of the round-robin phase to play.

Bruce Mouat and Jennifer Dodds exited the ice unaware of their achievement after a 6-2 defeat to Norway, and were given the news having completed post-match interviews as they awaited a bus back to the Athletes’ Village.

The British pair progressed because they boast a superior head-to-head record over two of the three teams with whom they could conceivably tie behind the round-robin leaders Italy.

“We’ve just had a hug,” said Mouat. “We’re obviously very excited. We’ve still got a job to do tomorrow and we want to finish the round-robin with a win that will set us up well for the semi-finals.”

Mouat and Dodds will finish the group stage on Monday morning against the United States in a phase which will determine the identity of their last-four opponents, whom they will then face at around midday on Monday UK time.

Victory in the last four would ensure the pair only the fourth British curling medal since the sport was restored to Olympic programme in 1998, 20 years after Rhona Martin famously led her team of Ayrshire housewives to gold in Salt Lake City.

“I don’t know what I would have said 20 years ago if you had told me,” admitted Dodds. “I probably would have doubted myself a wee bit, and not had the confidence to say I want to go for gold.

“I think have still got a wee bit to go until we hit our best. We have not yet strung eight ends together. We are pretty confident we will be able to do that. Tomorrow is a new day the knockouts are a new competition.”

Mouat and Dodds had started Sunday by edging a 6-5 victory over China, which looked likely to mean one win in their final two matches against the Norwegians and the United States would be enough to book a semi-final berth.

But they left themselves up against it against Norway after losing the first two ends with the hammer, and could not force their way back into contention after the Norwegians grew their lead to 4-1 after five.