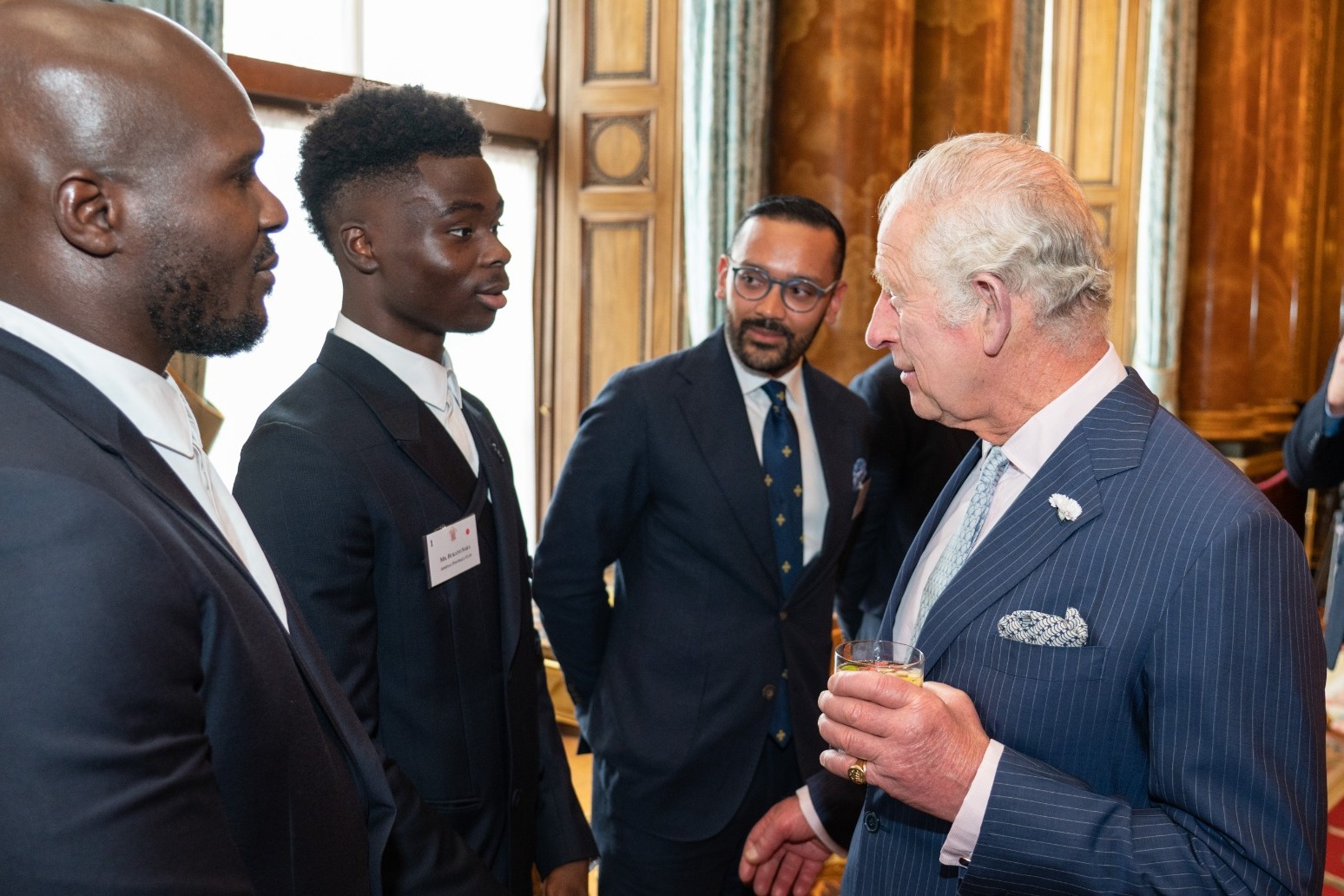 Arsenal footballer Bukayo Saka was given the day off from training with the England squad so he could take a “once-in-a-lifetime opportunity” to meet the Prince of Wales and the Duchess of Cornwall at Buckingham Palace.

He was among up to 500 invited guests at a reception hosted by the royal couple to celebrate the contribution of the people of the Commonwealth in the UK.

The 20-year-old international forward said he did not have to convince England manager Gareth Southgate to give him a pass from training because the event was “really important” to him.

England are preparing to meet Italy and then Hungary in the Nations League.

Saka, who was voted Arsenal’s player of the season, said: “It is an honour to be invited here. Obviously I know how valuable the royal family are and to be able to be here to meet them.

“Obviously I had to leave the England camp, so I have to thank Gareth for letting me do that because this is a once-in-a-lifetime opportunity. I am so happy.

“I did not have to convince Gareth.

“He understood how important this is and how special this is, so he was happy for me to come. Not everyone has the honour to be invited here. It is something that I will remember forever.”

High commissioners, politicians, celebrities, representatives from the business, arts, education and charity sectors, and the NHS were among those who attended the event.

Politicians at the event included Baroness Scotland and Lord Woolley, the founding director of Operation Black Vote, which works with ethnic minorities in the UK to increase understanding of civic society, participation in Parliament and public life.

England rugby union player Maro Itoje said: “I think representation is always so important. There is that old phrase that ‘You can’t be it if you can’t see it’.”

He added it is important that children and their parents have a chance of “broadening their horizons and being exposed to different things”.

He said: “If you see someone doing something, that acts as an inspiration and can help them strive to achieve.”

Rwandan genocide survivor Eric Murangwa Eugene also chatted to the royal couple, who are due to travel to the Commonwealth Heads of Government Meeting (CHOGM) in his home town of Kigali this month.

He is a Tutsi, a former football player, and has advised Charles to visit the site of the genocide atrocities during his Rwanda trip.