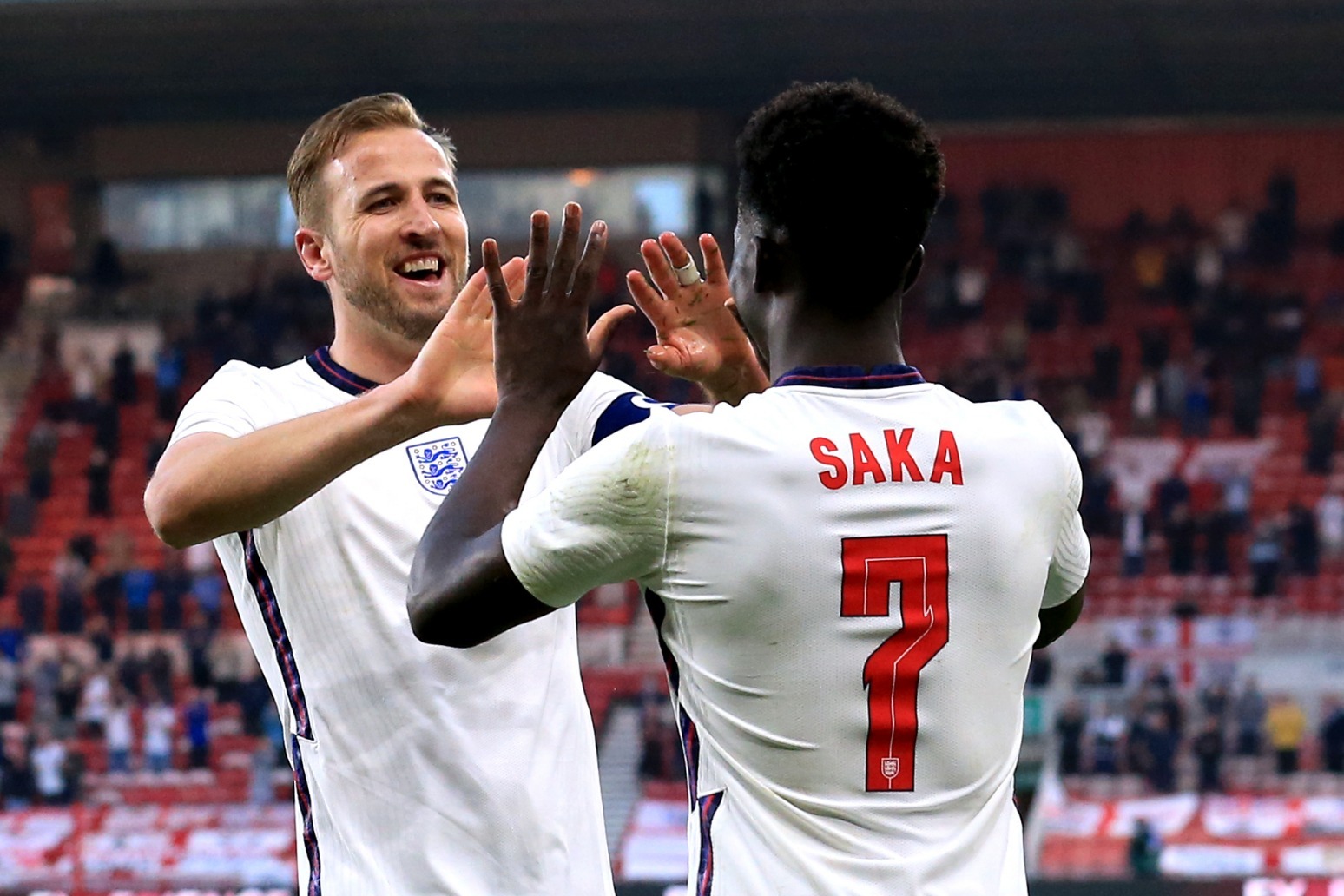 Bukayo Saka got absentee-hit England’s Euro 2020 preparations off to a winning start against Austria but all eyes will be on Trent Alexander-Arnold after his late injury.

Having whittled his 33-man provisional squad down to 26 players on the eve of Wednesday’s friendly, Gareth Southgate’s side triumphed as they played in front of fans for the first time in 18 months.

Saka’s debut goal was the difference in England’s 1-0 victory against fellow Euros outfit Austria, but the main talking point after the match will be Alexander-Arnold limping off late on in Middlesbrough.

Southgate’s men will return to the Riverside Stadium for their final warm-up friendly against Romania on Sunday, when the Three Lions boss will be hoping there will be no repeat of the jeers that met players taking the knee.

There were around 7,000 in attendance as England fans got to see some new stars for the first time, with Jack Grealish, Saka and 17-year-old full debutant Jude Bellingham looking bright.

Harry Kane had the best chance of the first half and 19-year-old Saka kept his cool to put the Three Lions into a deserved lead early in the second period.

Jordan Pickford spared debutant Ben Godfrey’s blushes and got the slightest touch as Marcel Sabitzer struck the crossbar on a night that Southgate was unable to call on Manchester United, Manchester City and Chelsea players.

There were some hairy moments defensively and the night ended with widely-discussed right-back Alexander-Arnold hobbling off.

The England full-back was clapped around the pitch at the end of a night that started with applause drowning out the boos that greeted players taking a knee before kick-off.

It was a disappointing start to an evening that Southgate’s side began on the front foot.

A deflected strike was ruled out for a foul as England continued well, with Saka and Grealish proving a nuisance as they found themselves in the wars.

Saka volleyed over at the far post shortly after Xaver Schlager was booked for hacking him down, with referee Lawrence Visser urging Austria’s players to calm down as the fouls continued.

England were on top and Austria debutant Bachmann cleared a hooked Kane cross, then stayed strong to deny the Three Lions captain when slipped in by Grealish after Saka had snaffled possession.

Austria were penned back for the most part, with Christoph Baumgartner and Sasa Kalajdzic having attempts from distance.

The former saw penalty appeals ignored as half-time approached, having bundled through from Bachmann’s long ball and seen a low shot ricochet off Tyrone Mings’ foot and onto his hand.

Stefan Lainer was shown yellow for hacking down Saka twice in quick succession as the second half got under way, but the unruffled teenager kept his cool and opened his international account in the 56th minute.

Dynamic Bellingham won the ball to set off an England break, with Jesse Lingard – cut from the Euros squad on Tuesday – playing a ball from Kane into the path of Grealish. Sabitzer just took it off the playmaker’s toe but directed on for the Arsenal teenager to slot home from an acute angle.

Sabitzer saw a deflected strike whistle wide at the other end as he attempted to make immediate amends, with England making mass substitutions in the 61st minute.

Debutant Godfrey was among that quadruple change and was rescued by Everton team-mate Pickford, who raced back to hack his misplaced back-pass off the line.

Having had little to do, the England goalkeeper had to be alert again shortly afterwards to tip a Sabitzer shot onto the bar.

Grealish appeared to receive some attention on the bench after being replaced by debutant Ben White, who was relieved to see an Austria corner whistle across the face of goal.

Pickford did well to deny dangerous Sabitzer from distance as Austria piled on late pressure, with Michael Gregoritsch heading wide as England were rocked by an injury to Alexander-Arnold.

White cleared off the line from Alessandro Schopf as Pickford lay on the deck, with full-time called much to the hosts’ relief.