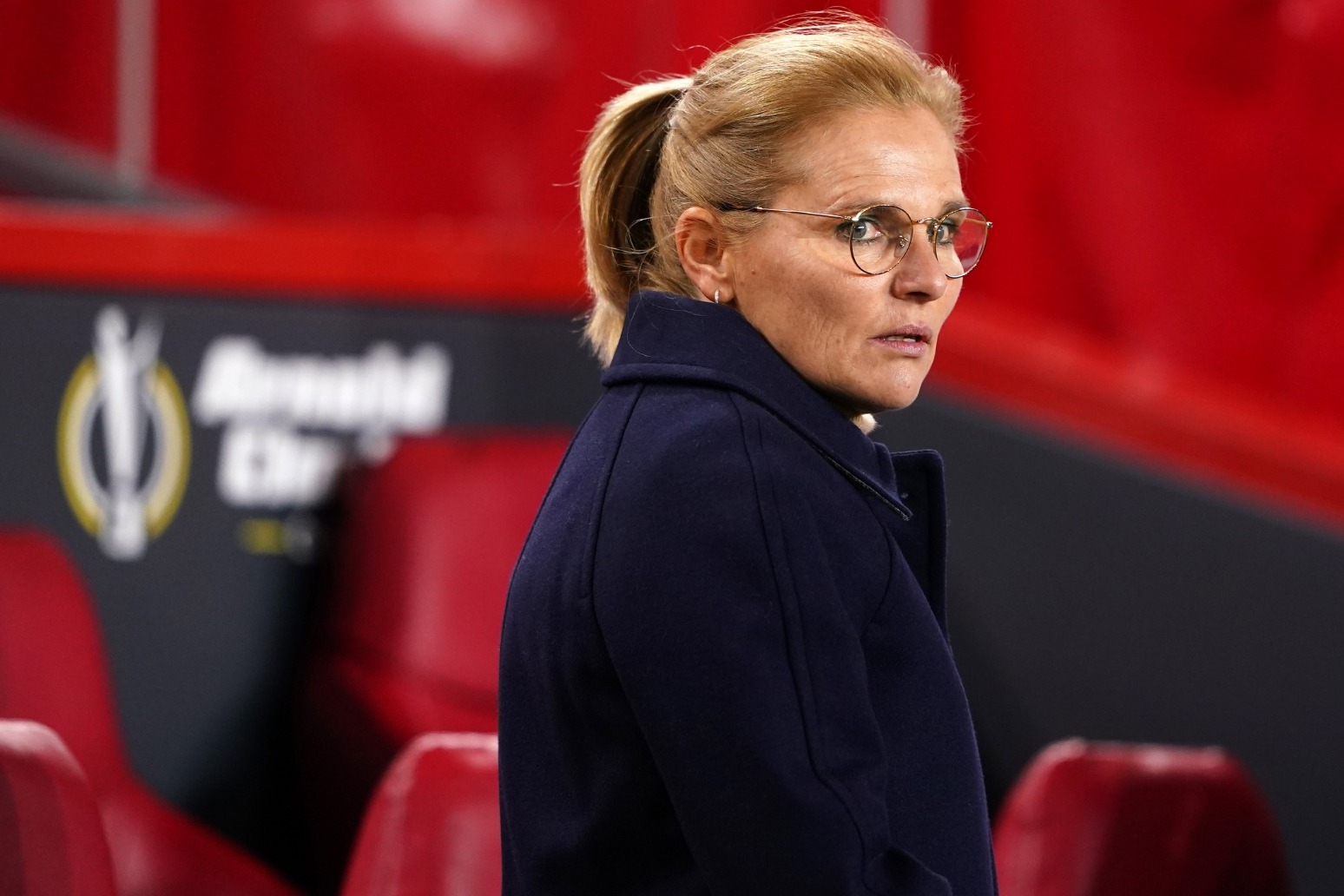 Sarina Wiegman is confident her England team will learn a valuable lesson ahead of their Euro 2022 finals campaign after they were pegged back by Olympic champions Canada.

Wiegman’s side deservedly led 1-0 at Middlesbrough’s Riverside Stadium on Thursday evening as they dominated the Canadians in the first half of their opening Arnold Clark Cup fixture, but they ultimately had to make do with a 1-1 draw after the visitors showed their class after the break.

England will head into this summer’s tournament on home soil as one of the favourites to win the title, and their head coach is happy they have had a taste of how tough that could be after coasting to victory in each of the first six games of her reign.

Wiegman said: “It’s a very great lesson and we need these lessons. This was a totally different game than we have had, the first six in September, October, November.

“Yes, we did well then, but we are going to get games like this at the Euros, so we need to play these games and learn from them, and we can develop.

“Tonight, we saw lots of players, we saw some different connections, we saw a very good Canada team and we can learn from that and take that. It gives us so much information and things to discuss and to learn from, so that’s what we take away from this game.”

England took a 22nd-minute lead to the delight of a crowd of 8,769 courtesy of central defender Millie Bright’s superb volley but, after failing to add to their tally while they were on top, saw Janine Beckie claim a draw with a stunning second-half strike.

Asked about Bright’s contribution at both ends of the pitch, Wiegman said: “From the start in September when we started working, she feels really comfortable in our team and she plays well.

“Tonight her impact in the game, her contribution was absolutely huge because you score a goal and you’re very important in defence.”

Canada boss Bev Priestman, formerly Phil Neville’s number two during his time in charge of England, admitted her side had under-performed in the first half but was proud of their response.

She said: “This team gave everything, as they always do, so the result was probably a fair one. We were on the ropes at times and we had chances at times, so I think a fair reflection.”

Having led the Canadians to Olympic glory, Priestman is well placed to judge England’s chances of making an impact at the Euros, and she is tipping them to prosper.

She said: “Credit to them, they were really good tonight. They’ve got great players, great staff from what I know and you’d expect that group to go and do really, really well at the Euros on home soil.

“I think they’d be disappointed if they didn’t, to be honest, so credit to England, they were great tonight.”