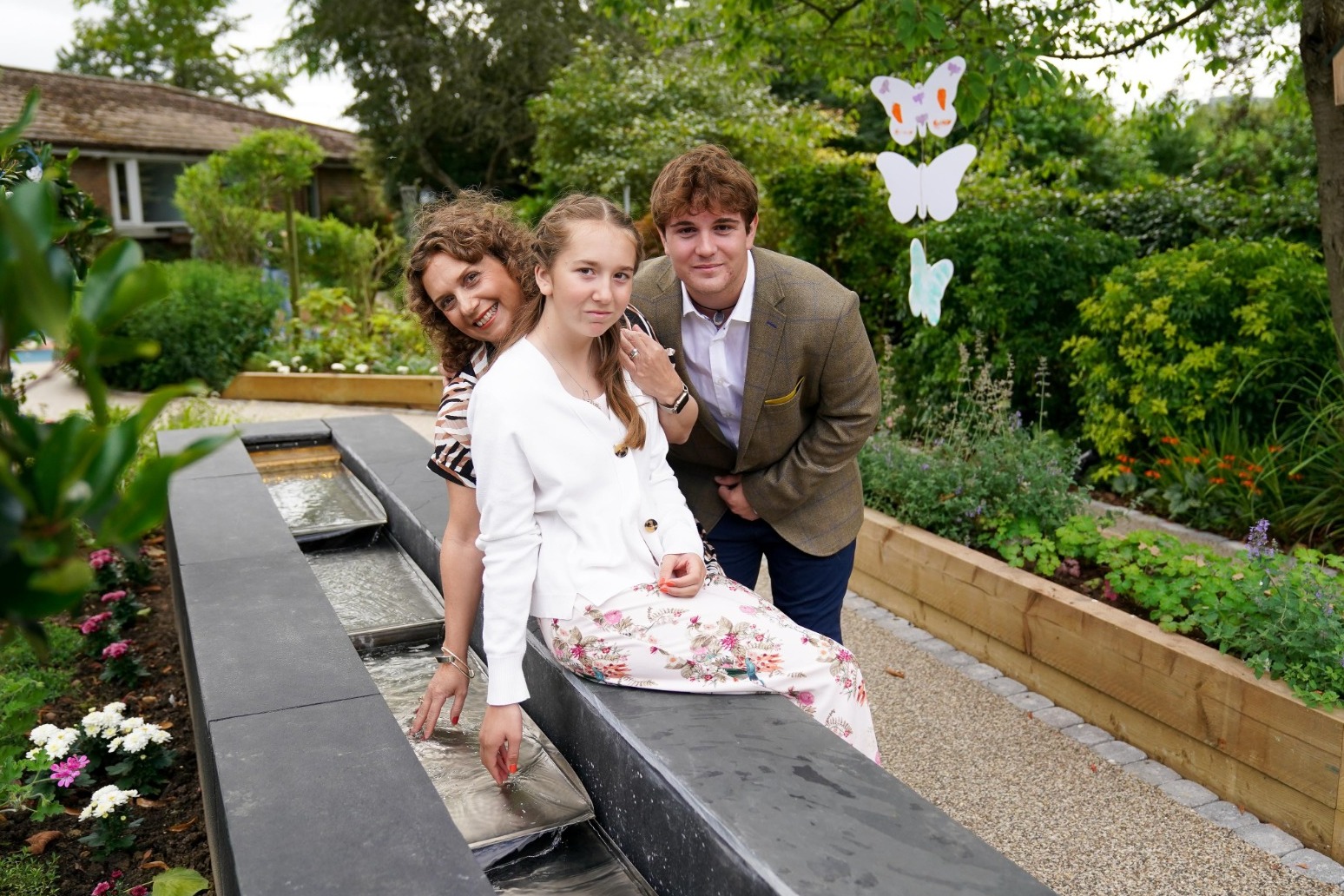 The garden in Didcot has water features, a wheelchair swing, a bubble machine and covered areas for families to treasure time together

The family of Captain Sir Tom Moore have officially opened the new garden of a children’s hospice, which was created with the help of a “significant” donation from the charity set up as part of his legacy.

Second World War veteran Captain Tom captured the nation’s imagination with his fundraising at the height of the first coronavirus lockdown last year as he set out to walk 100 laps of his garden before his 100th birthday.

He raised £38.9 million for the NHS, including Gift Aid, with the money given to NHS Charities Together.

Before his death on February 2 this year, he and his family set up the Captain Tom Foundation with the motto of “inspiring hope where it is needed most”.

His daughter Hannah Ingram-Moore said the foundation was created in May 2020, launched in September and “started with nothing”.

She said that thanks to the “incredible generosity” of those who donated, the foundation was able to help fund a new garden at a children’s hospice in Oxford.