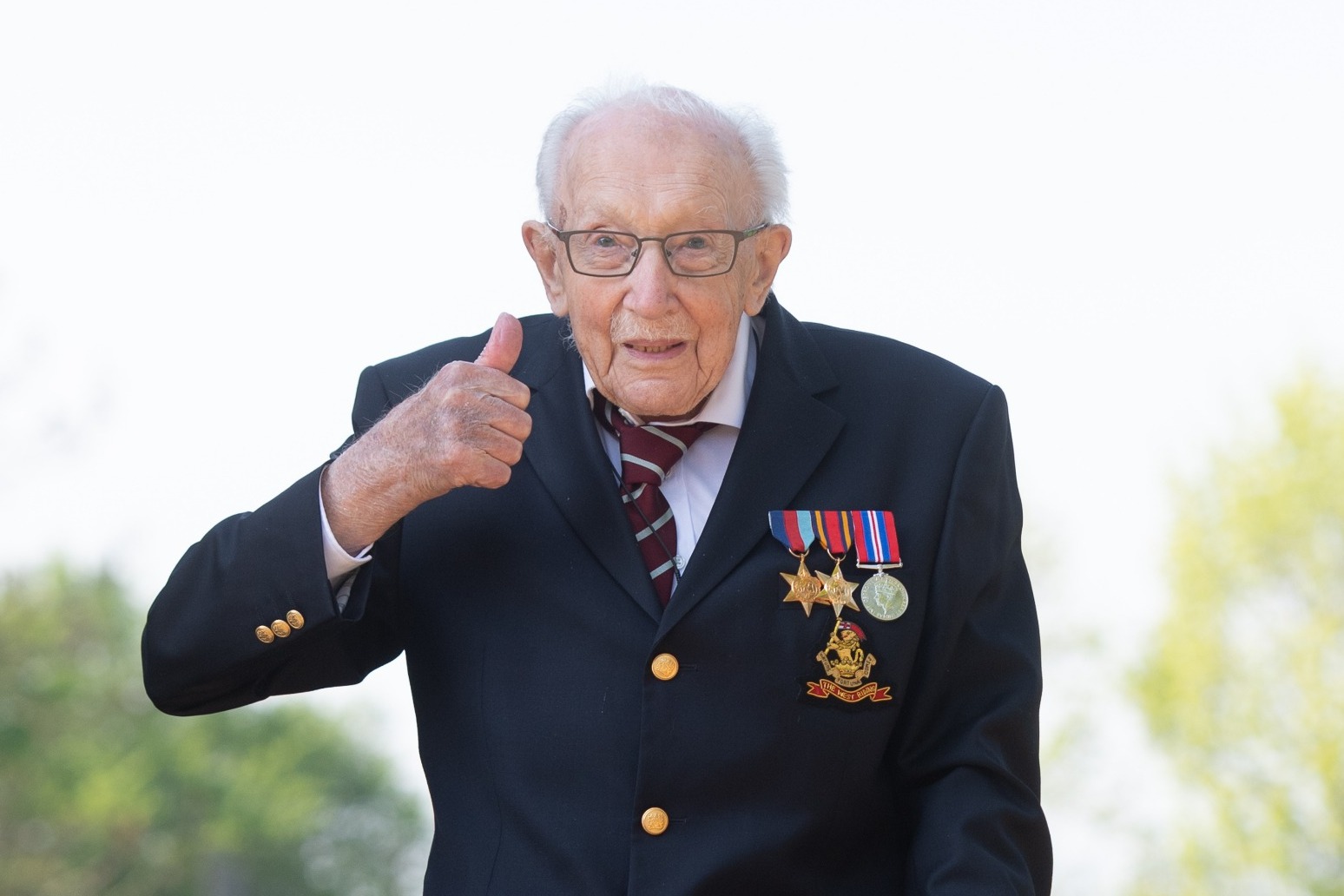 Thousands of people up and down the country are getting involved in charity challenges to celebrate what would be Captain Sir Tom Moore’s 101st birthday.

As part of the Captain Tom 100 campaign, people are being encouraged to create their own charity challenge themed around the number 100.

Sir Tom’s daughter Hannah Ingram-Moore and grandchildren Benjie, 17, and Georgia, 12, will be at Lord’s Cricket Ground on Friday – which would have been the Second World War veteran’s 101st birthday – to mark the start of the Captain Tom 100 weekend by ringing the ground’s famous five-minute bell.

The family will be following in Sir Tom’s footsteps by walking 100 laps of their garden in Marston Moretaine in Bedfordshire as part of the campaign which will run until Bank Holiday Monday.

Ms Ingram-Moore said: “The whole Captain Tom 100 challenge was something that my father was firmly round the table talking with us about.

“It has his imprint in it.

“There was only one thing we could do and that was carry on what my father started by walking 100 laps of the runway, the driveway that became so famous.

“It’s tinged with a little sadness but mostly absolutely about hope for the future and ensuring that his lasting legacy of hope lives on.”

She added that her father would be “so impressed by some of the incredible challenges people are coming up with”.

London Marathon Events, which has been working with the Captain Tom Foundation to organise the event, said thousands of people will take part across the country.

This includes six-year-old Betty-Leigh Allison, who will be baking 100 cakes to raise money for Garden House Hospice Care in north Hertfordshire.

Drawing inspiration from Sir Tom, she had previously cycled for one mile a day for 100 days during the first lockdown last year to raise funds for the same charity.

Five-year-old Lewis Whele, from Essex, who has cerebral palsy and featured on the Captain Tom 100 promotional video, will be aiming to walk 100 steps without using his sticks to raise money for Great Ormond Street Hospital in London.

Meanwhile, schoolchildren across the UK will take part in the challenge through a YouTube assembly which will feature Ms Ingram-Moore and a special message from fitness guru Joe Wicks.

Elsewhere, pupils at Bacton Primary School, in Bacton, Suffolk, will create 100 postcards to give to elderly neighbours and donate 100 items to their local foodbank.

A host of celebrities have pledged to take part, with David Beckham to do 100 keepy-uppies, Dame Mary Berry baking 100 cakes and Dame Jessica Ennis-Hill set to complete 100 pogo jumps.

Dame Judi Dench plans to eat 100 chocolates, while Joe Root is to hit a cricket ball 100 times and Amanda Holden is taking on hula-hooping.

Dame Judi said: “Captain Tom made such a positive impact through his record-breaking fundraising last year.

“The Captain Tom 100 is a wonderful way to continue his legacy, inspiring hope for generations to come.”

Joining a number of businesses in the event is Great Western Railway (GWR), which will send the “Captain Tom Centennial”, an intercity express train, on an epic journey across its network as it stops at 100 stations in just over 40 hours, covering nearly 1,500 miles.

F1 team Williams Racing is aiming to complete 100 pitstops over the course of the Portuguese Grand Prix weekend to raise money for its official charity the Spinal Injuries Association.

A bronze statue of Sir Tom, created by sculptor Andrian Melka and close to completion, will be donated to Leeds Teaching Hospitals NHS Trust.

Sir Tom raised more than £32 million for the NHS by walking 100 laps of his garden before his 100th birthday on April 30 last year.

He died at Bedford Hospital on February 2 after testing positive for Covid-19.

Organisers are encouraging people to use the hashtag #CaptainTom100 on social media to share their charity challenges.