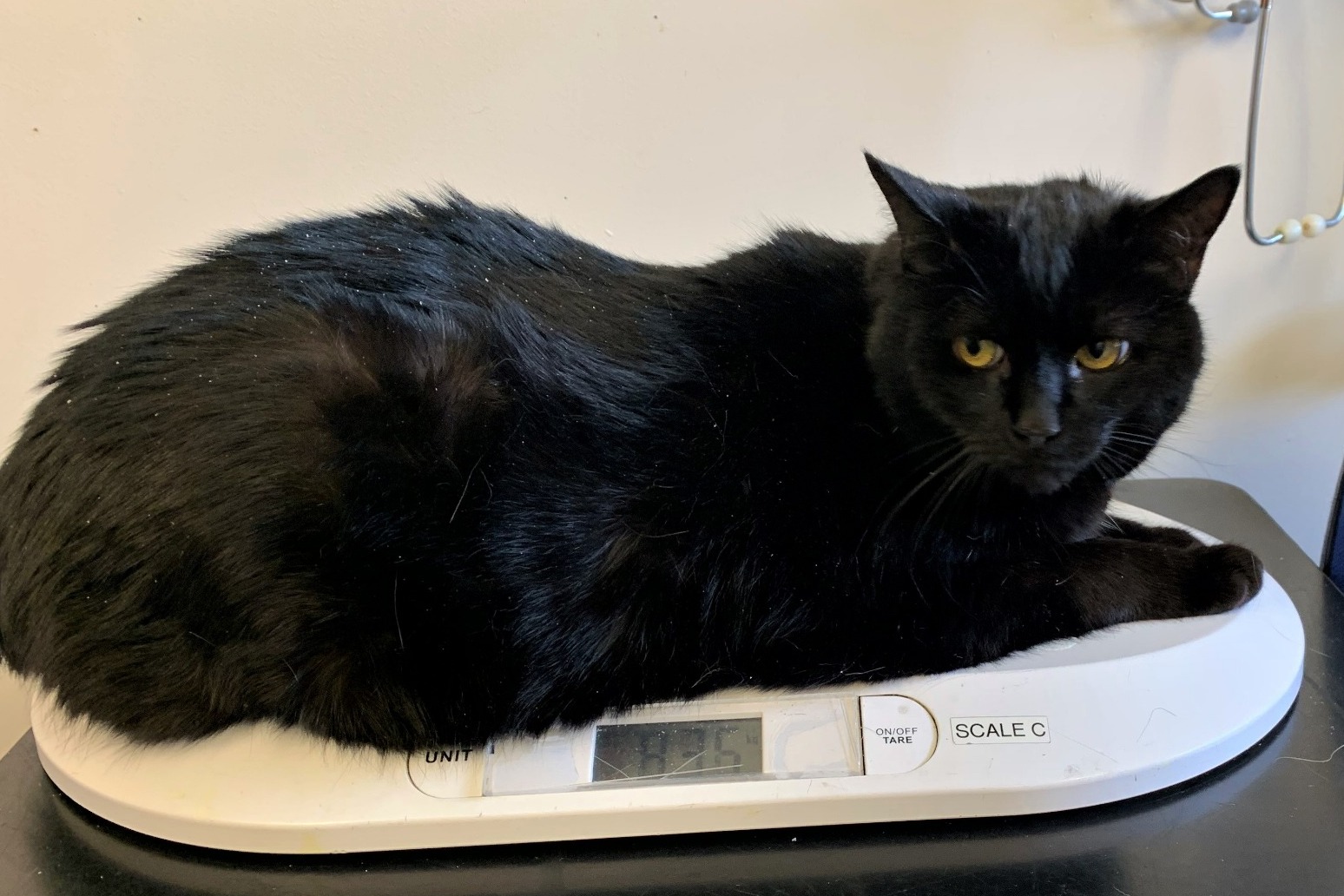 A fat cat who piled on weight during lockdown when it is thought his owners gave him extra treats while they were at home more has been put on a special diet and exercise programme.

Colin weighed 1st 5lb (8.8kg), almost double the weight of an average adult cat, when he was taken in by Cats Protection’s Downham Market Adoption Centre in Norfolk last month.

His owners had moved home and were unable to take the nine-year-old pet with them.

Staff at the centre have put him on a portion-controlled diet and a programme of supervised play with cat toys.

Their target is for him to slim down to 1st (6.5kg) as a starting point for further managed weight loss, when they can look for a new owner who will continue Colin’s healthy living plan.

This will reduce the risk of him developing health issues such as diabetes, joint problems and heart failure, and will also mean he can undergo dental work requiring anaesthetic, which cannot be done safely until he has lost weight.

Senior cat care assistant Becky Piggott said: “We’re looking for someone who can take on the role of personal trainer to help Colin maintain his weight and fitness goals.

“He’s adorable but he’s a lazy boy who isn’t a fan of exercise.

“We’re not talking boot camp but Colin will need encouragement to do any exercise at all so we’re looking for an owner with time to commit.

“Colin’s previous owner said that he has always been a big cat, but I suspect that being at home more during lockdown meant that they were giving him extra treats.

“Colin loves his food a bit too much so he wasn’t going to say no.

“But if Colin can lose some weight and keep it off, he’ll lead a happier, healthier life.”