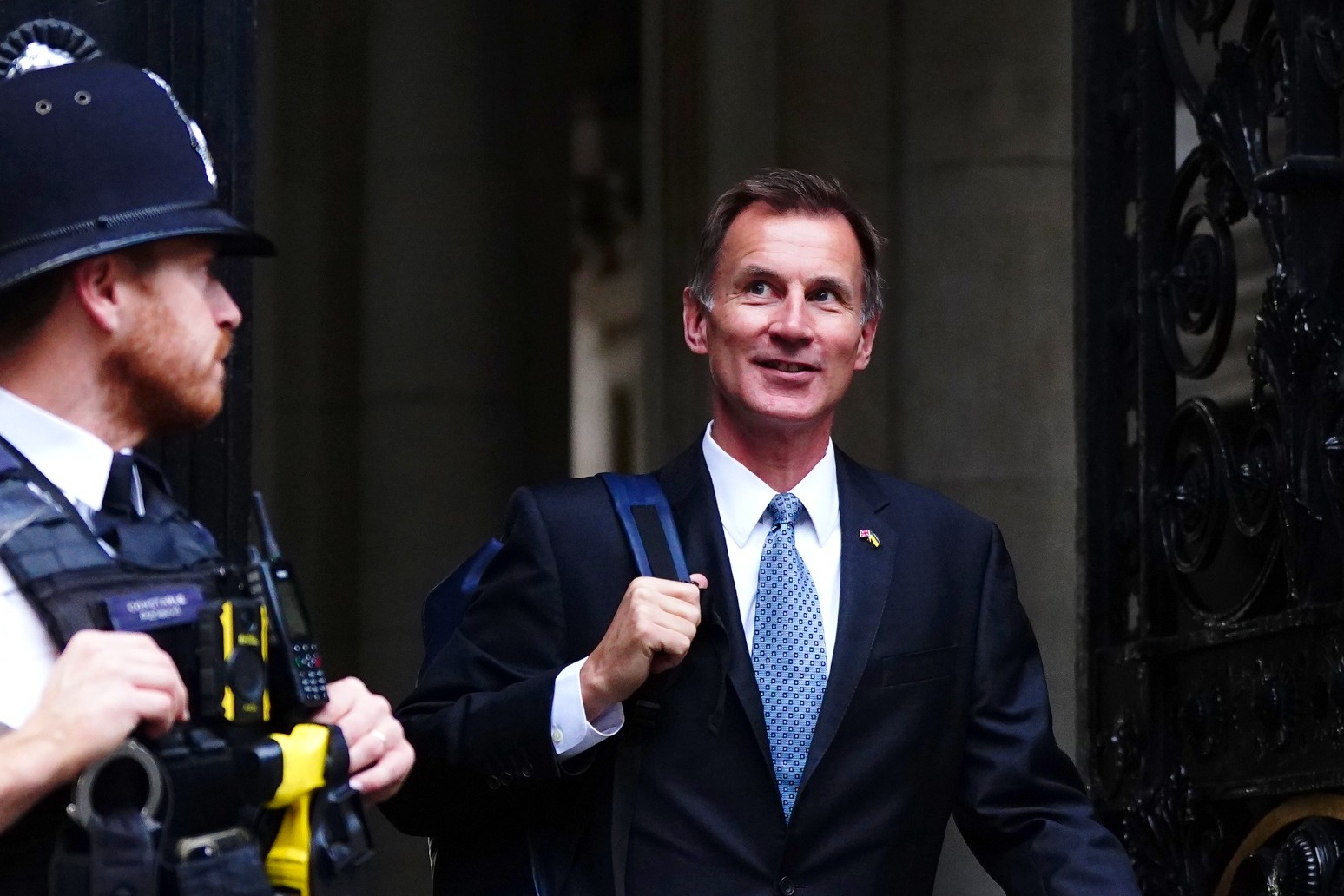 The Chancellor is looking at raising taxes on the sale of assets such as shares and property as he weighs up “difficult decisions” to address a £50 billion black hole in the public finances.

He is also considering an increase in dividend tax, in a move that would come as a blow to entrepreneurs.

A source close to Jeremy Hunt confirmed the tax hikes were under consideration, but said no decisions had yet been taken – stressing “we are two weeks away” from the highly-anticipated autumn budget.

It comes as the country has been struck by more bleak economic news, with the Bank of England hiking interest rates for the eighth time in a row and the UK heading into what could prove the longest recession in at least a century.

The Chancellor acknowledged the difficulties facing homeowners and businesses after the Bank put up its base rate from 2.25% to 3% on Thursday, the highest for 14 years.

He said there were problems affecting economies around the world, but in the UK Prime Minister Rishi Sunak would “fix” the issues caused by Liz Truss and Kwasi Kwarteng in September’s ill-fated mini-budget.

Downing Street also warned of “difficult choices” to come on tax and spending, but pledged the Government would ensure that “we are acting fairly, protecting the most vulnerable and continuing to seek long term growth”.

One option on the table is an increase in the headline rate of capital gains tax – applied on profits of the sale or disposal of shares and other property, as well as changes to relief and allowances on the levy.

This would tend to mean a greater burden on wealthier people, as they are more likely to own such assets.

Cuts to relief and allowances are most probable, The Daily Telegraph reported, but much could still change before the budget on November 17.

The newspaper also suggested the Chancellor is looking at increasing dividend taxes and halving or even slashing altogether the £2,000 tax-free dividend allowance.

Mr Hunt is weighing up tax hikes and spending curbs as the new Government seeks to put economic stability front and centre in the wake of the market chaos sparked by his predecessor’s calamitous £45 billion tax giveaway.

In a sign of how serious things became at the height of the turmoil, the Governor of the Bank of England confirmed the UK was just hours from potential total financial meltdown in the wake of the mini-budget.

Andrew Bailey said the Bank was forced to step in “quickly” and “decisively” to mitigate a “very real threat to financial stability” after markets were spooked by the proposals.