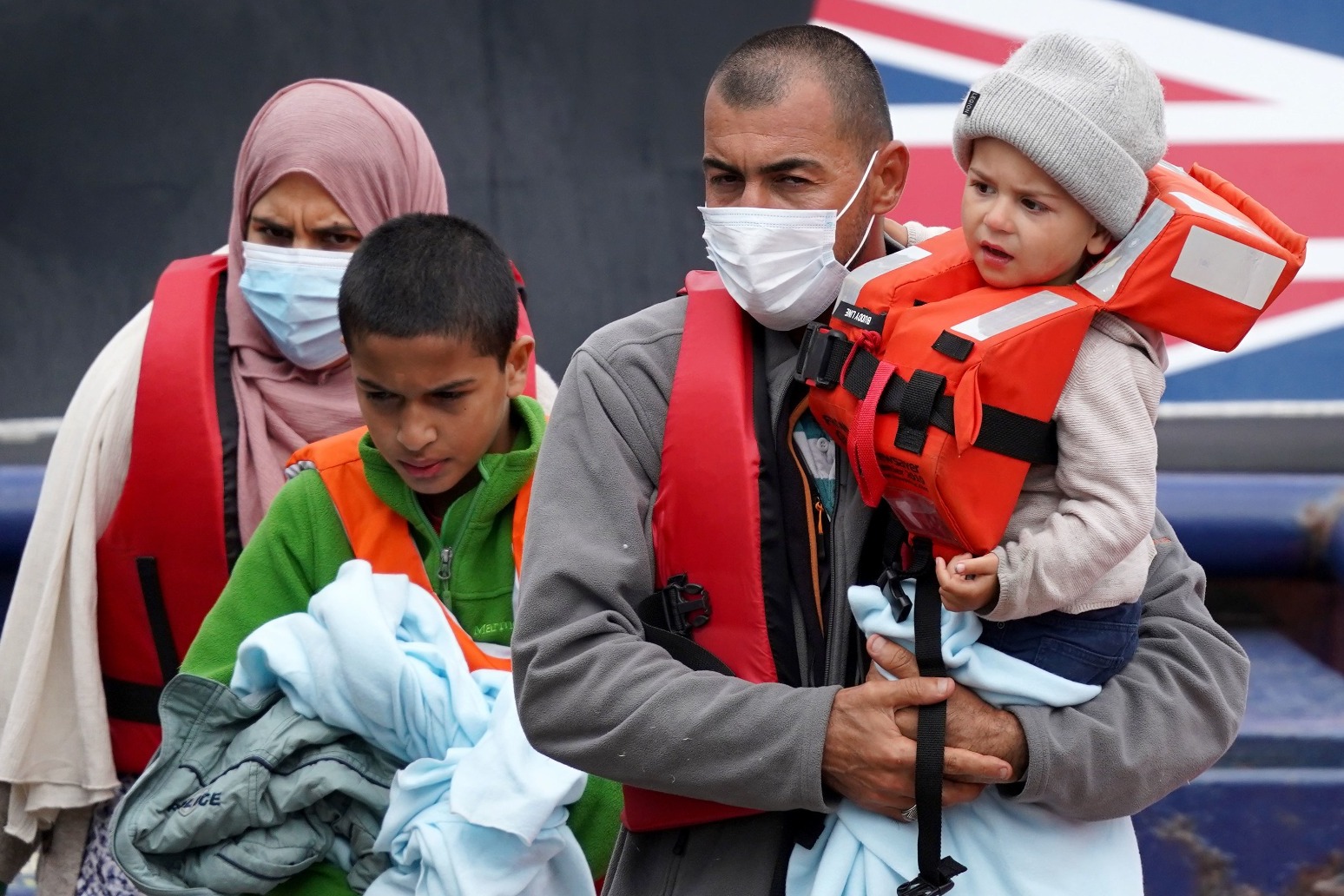 A record 1,295 migrants arrived in the UK on Monday after crossing the Channel, according to Government figures.

It is the highest daily total since current records began in 2018.

Some 27 boats made the journey, the provisional Ministry of Defence (MoD) data said, which suggests an average of around 48 people per boat.

More than 22,600 people have arrived in the UK after navigating busy shipping lanes from France in small boats such as dinghies so far in 2022, according to the figures.

So far in August 6,271 people have been recorded making the crossing. This is already higher than any monthly total for the year so far. To date, the highest monthly total for crossings on record is November 2021 (6,971).

Babies and several other young children, including some wrapped in blankets and wearing woollen hats, were among those seen being brought ashore in Dover on Monday.

Life vests were pictured lying in piles on the Kent dockside after dinghies and other vessels were intercepted in the Channel.

The crossings came after a three-day hiatus between Friday and Sunday when no arrivals were recorded.

It is four months since Home Secretary Priti Patel unveiled plans to send migrants to Rwanda in a bid to curb Channel crossings.

Since then, 17,402 people have arrived in the UK after making the journey.

On April 14, Ms Patel signed what she described as a “world-first” agreement with Rwanda under which the east African nation will receive migrants deemed by the UK to have arrived “illegally” and therefore inadmissible under new immigration rules.

But the first deportation flight – due to take off on June 14 – was grounded amid legal challenges.

Several asylum seekers, the Public and Commercial Services union and charities Care4Calais, Detention Action and Asylum Aid are challenging the legality of the Home Office policy, with the next court hearings due in September and October.

Steve Valdez-Symonds, Amnesty International UK’s refugee and migrant rights director, said: “Despite the Government’s shameful posturing and draconian refugee policy-making, the simple truth is that people including children fleeing war and persecution will continue to make these perilous journeys – whether by boat or other means – if the Government refuses to provide safe routes for them.”

A Government spokesman said: “The rise in dangerous Channel crossings is unacceptable. Not only are they an overt abuse of our immigration laws but they risk the lives of vulnerable people, who are being exploited by ruthless criminal gangs.

“Our new Nationality and Borders Act is breaking these evil criminal’s business model, through tougher sentences for those who facilitate illegal entry into the country, with 38 people already arrested and facing further action since it became law.

“Under our new Migration and Economic Development Partnership with Rwanda, we are continuing preparations to relocate those who make these unnecessary and illegal journeys, helping to save lives by deterring others from crossing.”