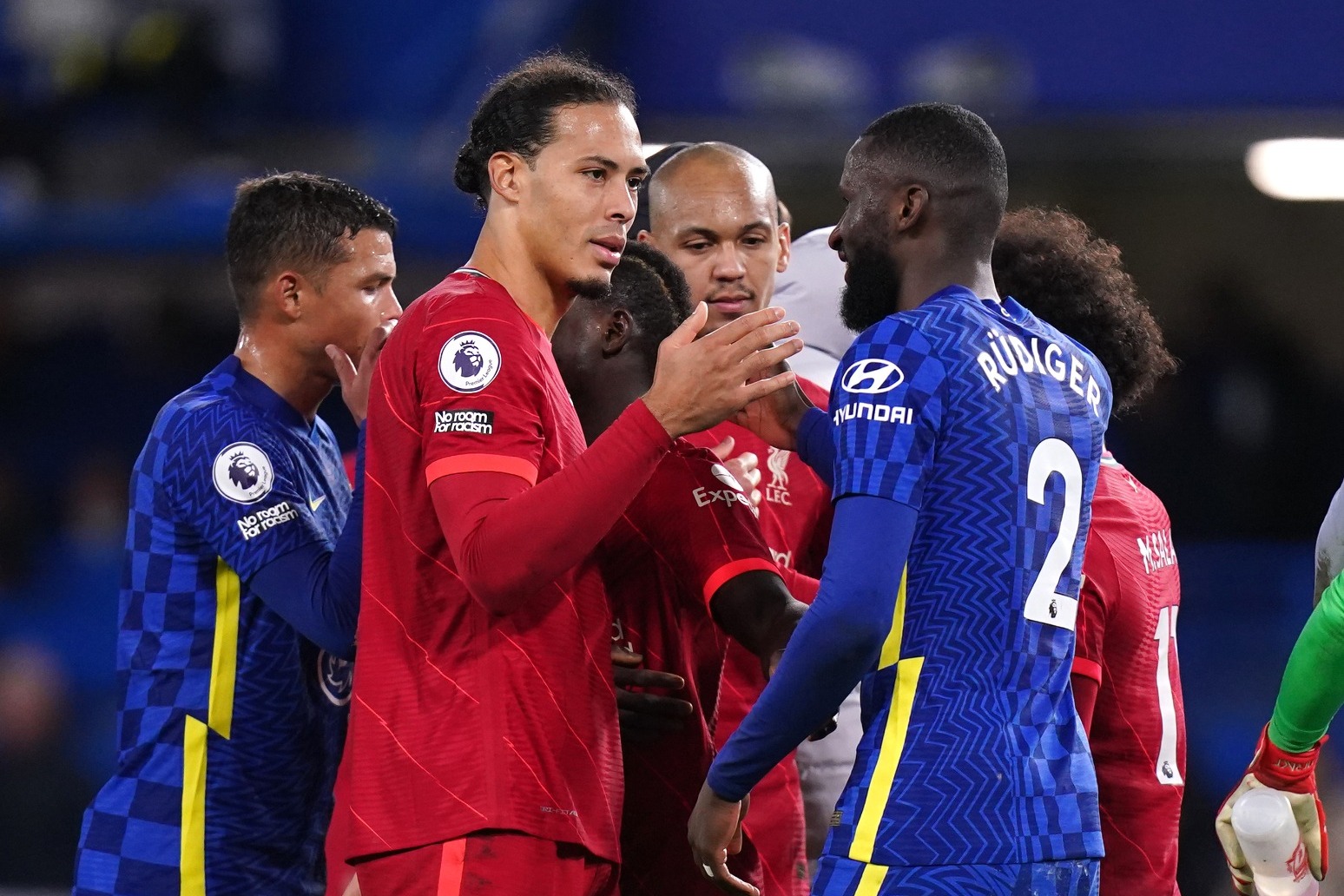 Sadio Mane and Mohamed Salah catapulted Liverpool into a commanding 2-0 lead inside half an hour, only for Kovacic and Pulisic to fire a four-minute riposte before half-time.

Thomas Tuchel dropped club-record signing Lukaku, with the fallout from the Belgian’s recent interview claiming unhappiness in London deemed “too noisy” in the build-up to facing title rivals Liverpool.

And the Chelsea boss will take partial vindication as the Blues clawed their way back from the brink to earn a point and hold on to second place in the table.

The Reds pitched up at Stamford Bridge with their own problems too, with manager Jurgen Klopp, goalkeeper Alisson Becker, defender Joel Matip and forward Roberto Firmino absent due to suspected positive Covid-19 tests.

Both sides cast their troubles aside in a madcap encounter however, where Mane ended a 10-game goal drought and Salah struck his 16th of the league campaign.

Kovacic thundered home his first goal in 13 matches and Pulisic steered in to end a 10-game dry spell to boot.

A hectic second half could not separate the sides, leaving both likely reasonably satisfied with the draw.

A relentless first half almost saw the defining moment in the first 15 seconds. Mane was booked for clanging his arm into Cesar Azpilicueta’s face jumping for a high ball, when the challenge could so easily have been punished with a red card.

Trevoh Chalobah’s loose header let Salah in only for Edouard Mendy to palm impressively away, and then Pulisic lingered too long in a one-on-one to allow Alisson’s understudy Caoimhin Kelleher to tap clear.

The struggling Chalobah saw no reprieve from his second botched header however, with Mane latching onto the loose ball and slotting home.

Salah doubled the visitors’ lead inside the half-hour to put Liverpool seemingly in total control.

Antonio Rudiger stepped up tight on Salah only for Liverpool to work the Egyptian into a one-on-one with Marcos Alonso. The free-scoring forward breezed through and then delivered a deft disguised finish to beat Mendy at his near post.

Chalobah conjured a last-ditch sliding tackle to thwart the rampaging Salah in another Reds raid.

And Mason Mount was left to breathe easy when VAR opted against a red card following a tussle with Kostas Tsimikas.

But suddenly, from a maelstrom of mistakes and mishaps, Chelsea slugged their way back to parity.

Alonso’s whipped free-kick forced Kelleher to parry to the edge of the area, where the lurking Kovacic adjusted his feet superbly to lash into the net.

The Croatia midfielder hopped on his left foot to create the first-time strike, and the reward had Stamford Bridge in a spin. A spurious VAR check for offside had an angry Tuchel booting a drinks bucket on the touchline but the goal stood and Chelsea were off the canvas.

Just four minutes later they were level, Pulisic racing onto N’Golo Kante’s chipped ball to dab past Kelleher with a fine first-touch finish.

Both sides looked desperate to win the match before the interval, with the atmosphere whipped up into a frenzy.

But even though the teams turned around locked at 2-2, the clash still continued to captivate after the break.

Mendy somehow backpedalled quickly enough to tip away a long-range Salah strike, before palming away another Mane effort.

Chelsea settled though, and Pulisic drew a smart stop from Kelleher after Mount failed to connect with a near-post cross.

Chalobah hobbled out of the clash just past the hour, to be replaced by Jorginho with Pulisic moving to wing-back and Azpilicueta centre-back.