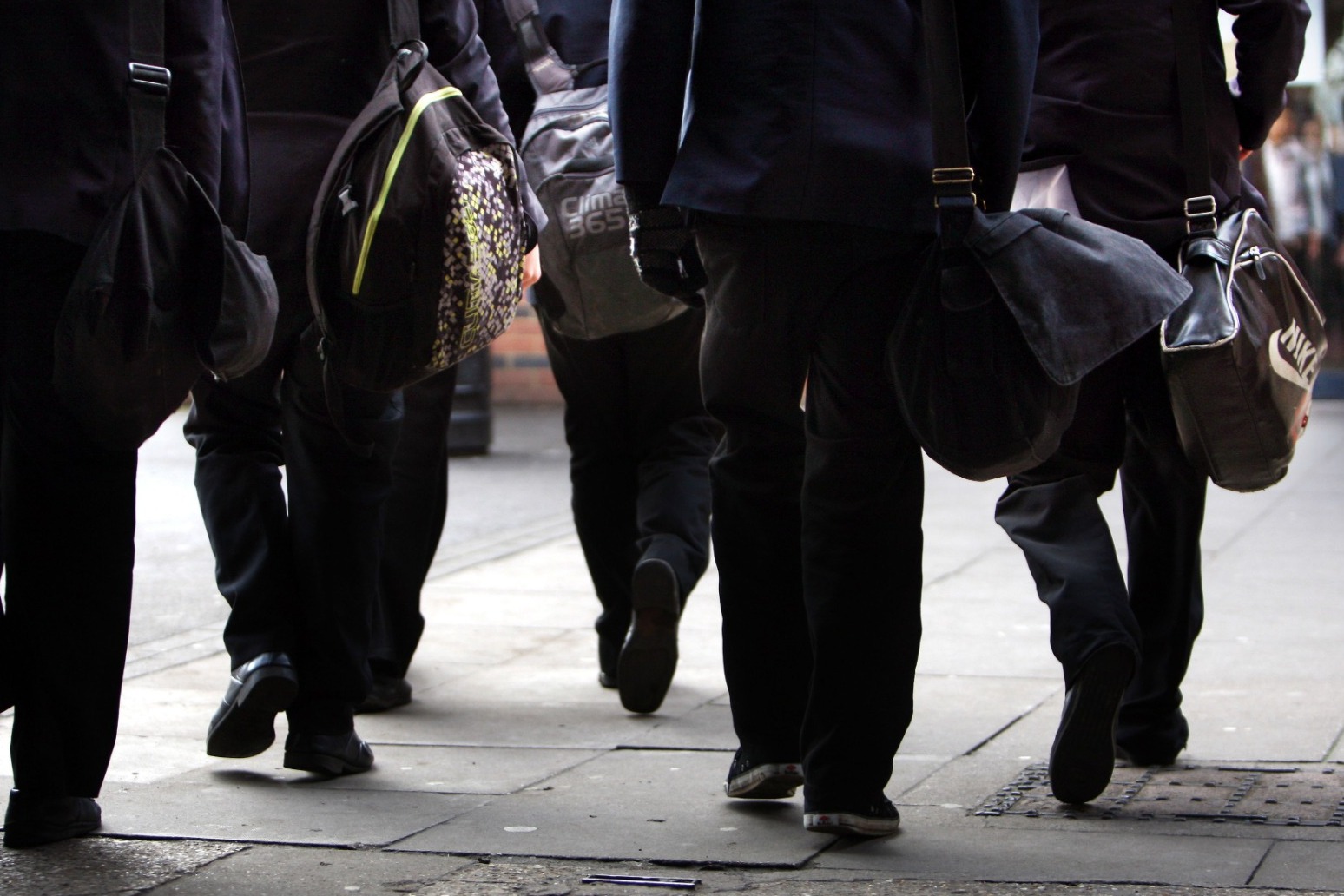 Children are becoming more unhappy with their lives, schooling and appearance, according to research detailing the “desperately worrying” decline of children’s wellbeing in the UK.

And six per cent were unhappy with their lives overall, according to the results set out in its Good Childhood report 2022.

Events since then, such as the cost-of-living crisis, are having a significant impact on families, the authors said, while children are also struggling following the disruption of the coronavirus pandemic.

The charity surveyed more than 2,000 children aged 10-17, and their parent or carer, across the UK between May and June.

It also analysed data from the UK Understanding Society survey, which covers 40,000 UK households annually, with questions completed by adults and children aged 10-15.

Some 85% said they were concerned about the impact of the cost-of-living crisis on their family over the next year.

And 11% of children and 13% of parents or carers said they did not cope well with changes caused by coronavirus.

Analysis of the Understanding Society study suggests, on average, happiness with life as a whole, friends, appearance and school were all significantly lower in 2019-20 – the latest available data – than in 2009-10.

It also found girls in particular were struggling with their body image, with 18% unhappy with their appearance in 2019-20.

This is significantly higher than the 10% of boys who felt this way, and a “worrying jump” from the 15% of girls who were unhappy with their appearance a decade ago.

He said: “Right now, the negative effects of the cost-of-living crisis, the disruption of the pandemic to young people’s education, and the ongoing decline in children’s happiness are on a collision course.

“School is a vital setting to influence children’s wellbeing, but they need more support, as the reality of what’s facing children and the lack of a holistic response is a national scandal.

“We need a faster roll-out of mental health support teams in schools alongside early support hubs in every local community and there needs to be more support for children whose families are struggling to make ends meet with free school meals available to all children on Universal Credit.

“There is nowhere to hide from the ensuing wellbeing catastrophe unless urgent action is taken.”

The Children’s Society survey found children were happiest with their family, and least happy about school, with 14.2% feeling this way in 2022.

Children who said their family was not well off were less happy with school on average, while boys were happier with school than girls on average.

The environment was top of children’s concerns in 2022, with four in 10 children very or quite worried about it, followed by new illnesses/pandemics, crime, inequality and the refugee and migrant crisis.

A Government spokesperson said: “We are providing schools with £53.8 billion this year in core funding, which includes a cash increase of £4 billion, and continue to invest in children’s mental health and wellbeing support.

“Across Government we are also taking action to address cost pressures for families, including through the energy price guarantee, which will save a typical household an average of £1,000 a year on their energy bills. We will continue working closely with schools and the sector to address the pressures they face.”