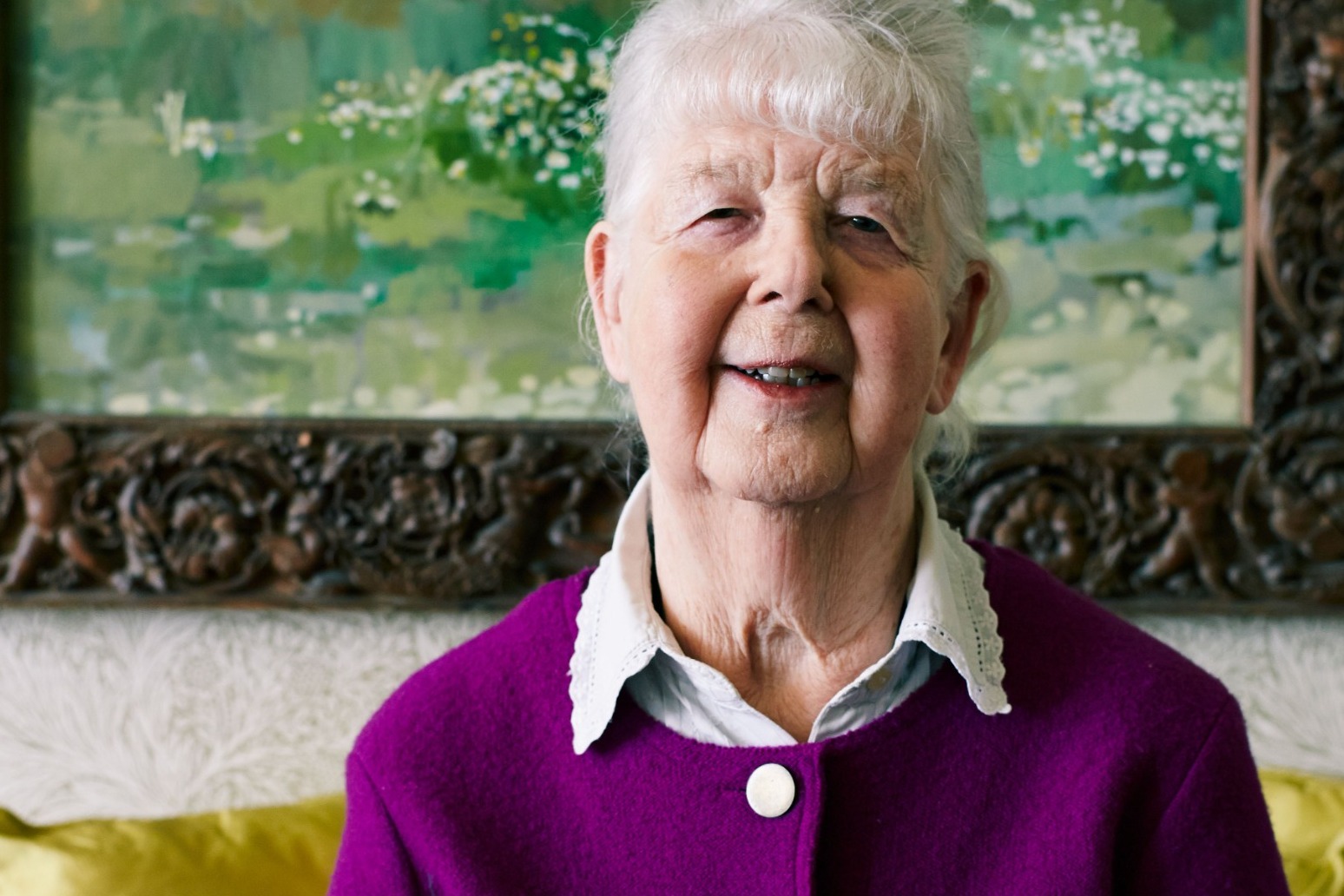 Children’s author and illustrator Shirley Hughes has died at the age of 94, her family has said.

Hughes, best known for her much-loved books in the Alfie series, about a boy called Alfie and his little sister Annie Rose – as well as children’s picture book Dogger, died “peacefully at home after a short illness on Friday 25th February 2022”, a statement to the PA news agency said.

Her beloved children’s book Dogger, first published in 1977 about a little boy who loses his stuffed dog toy, went on to win her the Kate Greenaway Medal, which its website says is awarded for “an outstanding book in terms of illustration for children and young people”.

It was an achievement that Hughes would obtain again, winning the prize a second time for Ella’s Big Chance, a reimagining of Cinderella, in 2003.

Throughout her career, she illustrated some 200 children’s books and accrued lifetime sales surpassing more than 10 million copies of her books.

She was appointed a CBE in 2017 for her services to Children’s Literature, having been made an OBE in 1999.

Another first in her career was being awarded the inaugural BookTrust Lifetime Achievement award in 2015 by a judging panel which included some of her celebrated colleagues from the literary world, including Sir Michael Morpurgo and Malorie Blackman.

She said of the accolade at the time: “Being chosen for the BookTrust Lifetime Achievement Award is a tremendous honour which I appreciate more than I can say. I have derived so much fulfilment from my long career, first as an illustrator of other artists’ stories and then creating my own.

“Best of all has been perennially encountering very young children who are learning to look with such rapt pleasure and follow a story visually long before they are able to read.”

Sir Michael is quoted as saying of her accolade: “She is also a national treasure to parents, because many millions of them too have grown up with Shirley Hughes, and are now passing on their affection for her stories, her characters and her illustration, to their own children.

The author was made a fellow of the Royal Society of Literature in 2000 and in 2014 she was awarded the Simon Wiesenthal Centre/Museum of Tolerance Children’s Book Award for Hero On A Bicycle, her first novel published in 2012.

Born in West Kirby, she was the daughter of TJ Hughes – who founded what would become a successful chain of department stores that first originated in Liverpool, and she studied drawing and costume design at the Liverpool School of Art, and also studied fine art at Oxford’s Ruskin School of Art.

Her early work included illustrations for Dorothy Edwards’ My Naughty Little Sister, with the first picture book she illustrated and wrote being Lucy And Tom’s Day in 1960.

In 2017, asked about her inspiration for Dogger, she told the PA news agency: “The inspiration behind it was another lost toy. We did look everywhere, but we never found it. (The actual) Dogger was a present to our son when he was two years old.

“At that time, both his ears flopped over, but (Dogger) was pressed so lovingly against his owner’s face that one ear was pushed upwards, so when I came to do the story I used him as a model.

“When the book was finished, I was told it was too English to be popular abroad, however, it proved to be my big breakthrough and has been published in many different languages all over the world.”

Hughes also said at the time of her favourite children’s book growing up: “I remember being given wonderful fairy tales, especially the editions illustrated by Arthur Rackham, whose collections had wonderful colour plates with tissue paper over them.

“I remember his edition of Peter Pan In Kensington Gardens. Another illustrator whose fairytale books I enjoyed was Edmund Dulac.”

She went on to collaborate on the Dixie O’Day series with her daughter Clara, who is also an illustrator and guest edited an edition of BBC Radio 4’s Woman’s Hour in 2017, as well as appearing on Radio 4’s Desert Island Discs in 2001.

She was married to architect John Vulliamy and the couple had three children – Clara and sons Ed and Tom.

The family statement added: “Shirley’s books about everyday family life are adored by generations of families and she is held in the highest esteem by her peers.”