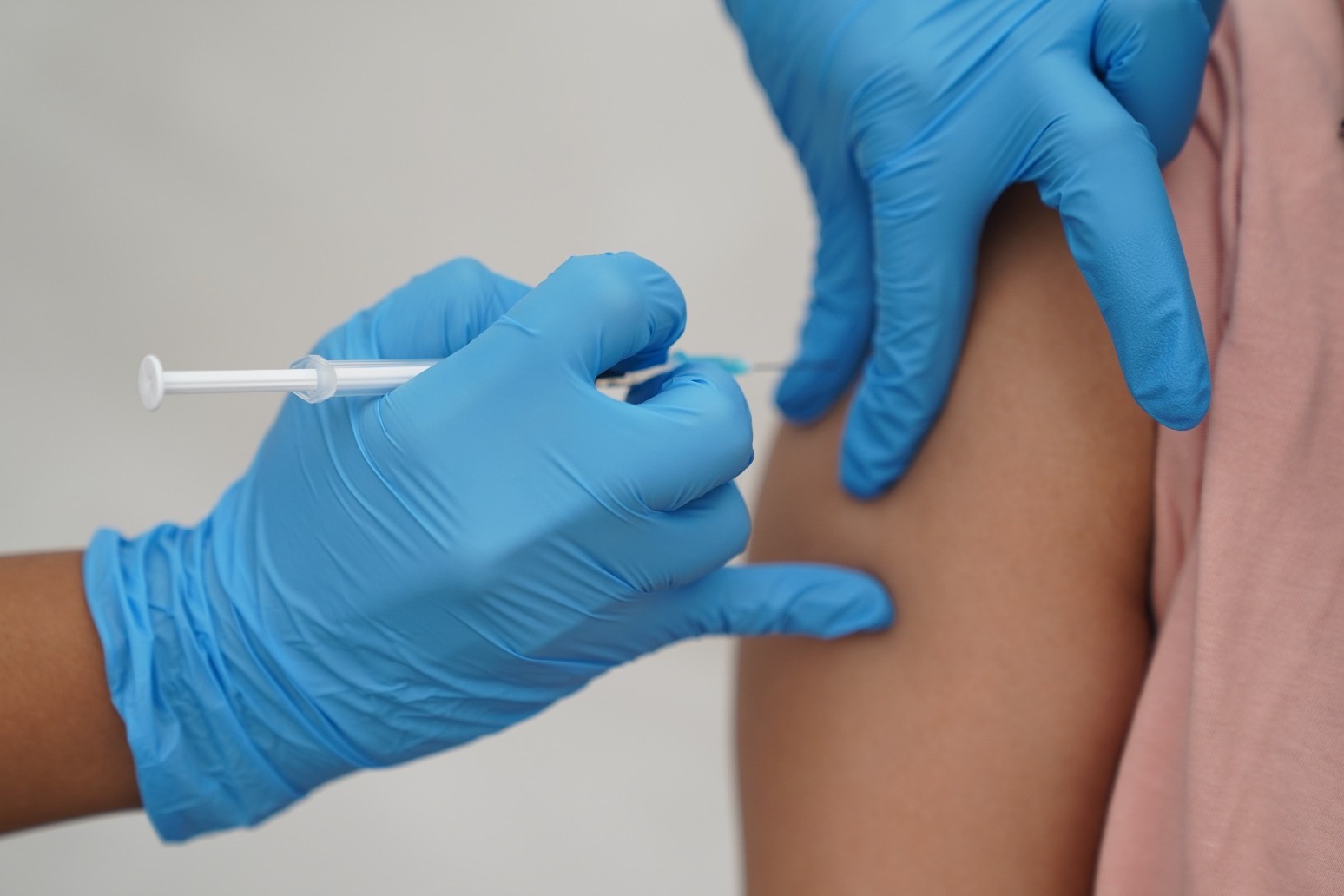 Thousands of people across England will receive a Christmas Day booster jab as the NHS vaccination effort continues in the face of record Covid-19 case rates.

Health Secretary Sajid Javid urged people to “make the booster a part of your Christmas this year”, as figures showed the scale of the threat from the Omicron variant.

A further 122,186 lab-confirmed Covid-19 cases had been recorded in the UK as of 9am on Christmas Eve, another daily record, while 137 people had died within 28 days of testing positive.

NHS staff and volunteers are dishing out more jabs on Christmas Day, with thousands of appointments booked at sites across England.

Dr Emily Lawson, head of the NHS Covid vaccination programme, said: “I want to thank every NHS staff member and volunteer who is helping to deliver Covid vaccinations today, in an effort to keep the booster rollout going over the festive season and get as many people protected as possible.

“We have seen so many records broken in the lead-up to Christmas Day, and it has been humbling to see first-hand the amazing work done at vaccination sites, who for the last year have gone above and beyond to get people vaccinated.

“And if you haven’t yet had your booster jab, come forward, book an appointment and give your loved ones the best possible gift by getting protected today.”

Vaccination clinics in Scotland, Wales and Northern Ireland will be closed.

Russell George, the Tory shadow health minister for Wales, said the decision there not to offer jabs on Boxing Day either would be met with “much bemusement by families and businesses” as “we are in a race against Omicron”.

The threat posed by the Omicron wave was underlined by a “sobering” Office for National Statistics (ONS) estimate that 1.7 million people in the UK had Covid-19 in the week ending December 19, the highest number since comparable figures began in autumn 2020.

National statistician Sir Ian Diamond said that while there was some evidence people were engaging in “safer behaviour” it was “far too early to suggest that we will see anything other than a continued rise” in future weeks.

But UK Health Security Agency (UKHSA) chief Jenny Harries said there was a “glimmer of Christmas hope” in data published on Thursday suggesting the Omicron strain might cause less severe illness than the previously dominant Delta variant.

The UKHSA data has fuelled speculation in Westminster that Boris Johnson will resist imposing further restrictions in England after Christmas.

In Scotland, nightclubs will close for at least three weeks from December 27 as part of a package of measures to control the spread of the virus, while clubs in Wales and Northern Ireland will close from Boxing Day.

But in England, the Government may choose to issue new voluntary guidance on limiting contacts rather than risk another damaging Tory rebellion by recalling Parliament to impose new rules.

The Prime Minister has indicated he will not hesitate to act after Christmas if required, with Monday expected to be the first opportunity for ministers to consider whether changes are needed beyond the existing Plan B measures.

Asked whether the Government will have the information by then to make key decisions, Dr Harries told the BBC: “Ministers will look at all of the data that we have available and that isn’t simply what the epidemiology is saying, it’s how it’s impacting society.”

Her comments reflect concerns about the high rate of staff absence across the NHS and key public services as a result of the rapid spread of Omicron.

The Government’s Scientific Advisory Group for Emergencies (Sage) panel has examined modelling looking at the impact of new restrictions lasting for up to three months.

The Warwick University model looked at a return to Step 2 of the Government’s road map – including banning indoor mixing of households, with the rule of six outdoors – from either December 28 or January 1, lasting until January 15, 28 or March 28.

A paper produced by the Spi-M-O modelling panel for Sage said: “Rapidly enacted Step 2 measures reduce the peak of hospital pressure to about half its level under Plan B only.”

Minutes of a Sage meeting from December 23 said: “The earlier interventions happen, and the more stringent they are, the more likely they are to be effective.”

The Warwick modelling has not been examined by ministers, who are waiting for more data before making any decisions on what – if any – extra steps may be needed.