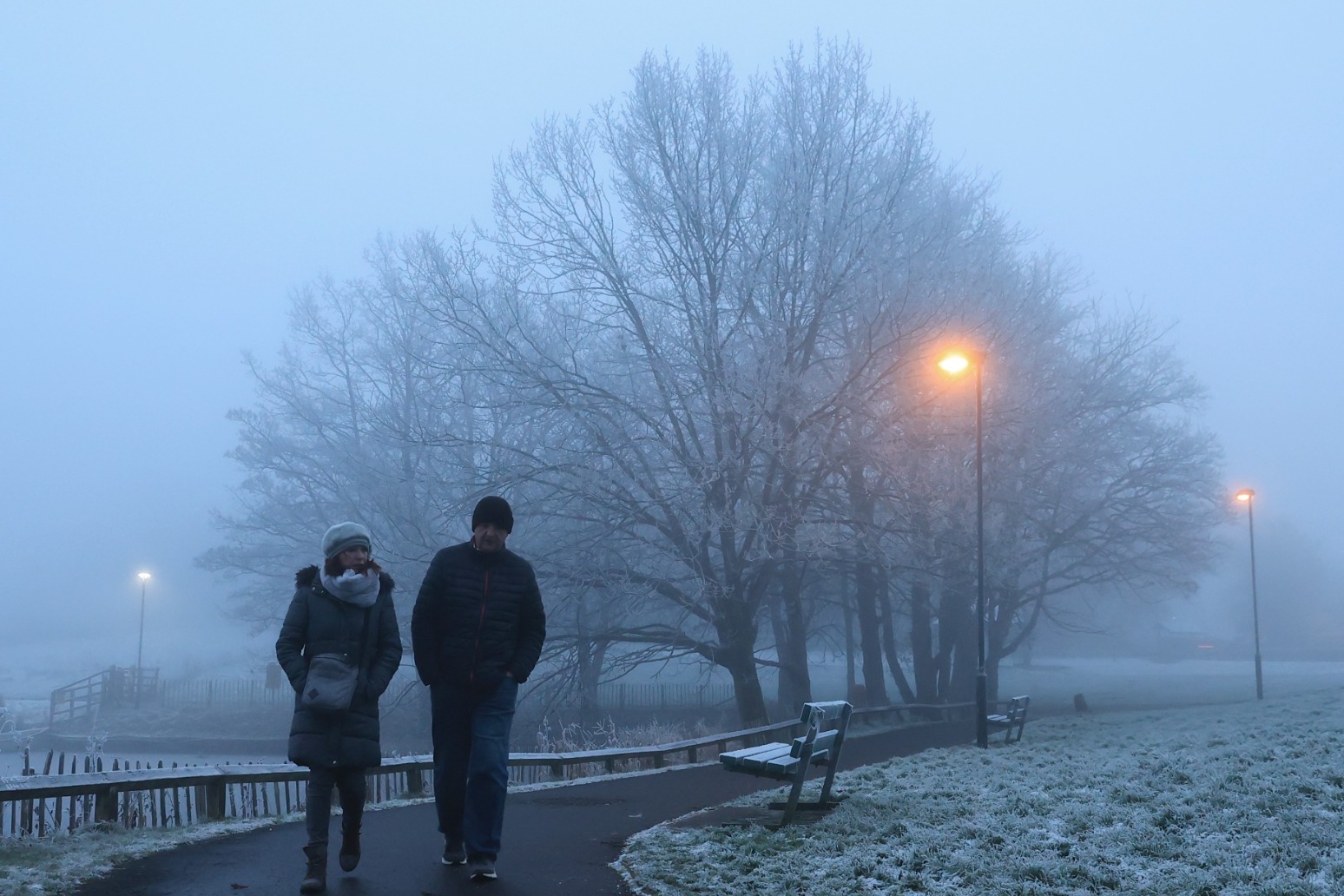 Parts of the UK continue to be beset by snow and ice on Tuesday after the Met Office provisionally recorded the coldest night and day of the year on Monday.

Braemer, in Aberdeenshire, was the coldest place in the UK, recording a low of minus 15.7C and a high of minus 9.3C, the lowest minimum temperature since February 2021 and the lowest maximum in 12 years.

The five next coldest temperatures all recorded in Scotland, including minus 13.1C at Balmoral.

The Met Office has issued a yellow snow and ice warning covering northern Scotland and north-east England from midnight on Tuesday until noon on Thursday.

There is also an ice warning covering much of the South East, including London and Brighton until 11am on Tuesday.

Met Office spokesman Oli Claydon said there will be heavy snow in some places again on Tuesday.

“Coming into force at midnight tonight all the way through to lunchtime on Thursday, (there is a) large snow and ice warning covering the North East of England, the whole sort of northern portion of Scotland, as well as the Highlands and islands,” he said.

He said there could be “as much as 15 to 20 centimetres of snow accumulating over high ground”.

Mr Claydon said northern Scotland could record even colder temperatures on Tuesday after breaking the record for the coldest night of the year on Monday.

“In terms of temperature, we could see another very cold night, especially in parts of Scotland where we’ve got that lying snow,” he said.

“We saw minus 15C last night. We could see similar or potentially even colder tonight under clear skies with that snowfall lying in some places.

“So a very cold night there but also broadly very cold across the whole of the UK, with widespread freezing conditions.”

Commuters faced travel chaos on Monday morning as large parts of the UK were hit by ice, fog and snow.

Rod Dennis from the RAC said their teams were “exceptionally busy” on Monday, helping more than 7,500 motorists with breakdowns. He added that this was 50% more than what they would see on a typical Monday in December.

Meanwhile, three boys aged eight, 10 and 11 died after falling into an icy lake in Solihull on Sunday afternoon.

A fourth boy, aged six, remains in a critical condition in hospital.

Richard Stanton, area commander for West Midlands Fire and Rescue Service, said: “We know that the weather forecast for the next few days is expected to be bitterly cold. Please, adults and children alike, stay away from open water. Under no circumstances venture on to ice regardless how thick or safe you think this ice may be.”

Drivers on northern sections of the M25 were stranded for several hours on Monday as traffic was at a standstill.

National Highways said it had up to 25 gritters treating the M25 at any one time on Sunday and overnight into Monday.

Several railway lines experienced major disruption on Monday due to the weather and ahead of industrial action on Tuesday, including services run by Gatwick Express, Great Northern, Southern and Thameslink

More than 300 flights due to serve UK airports were cancelled across Sunday and Monday, with Heathrow, Gatwick, Manchester, Stansted and Bristol among those affected.